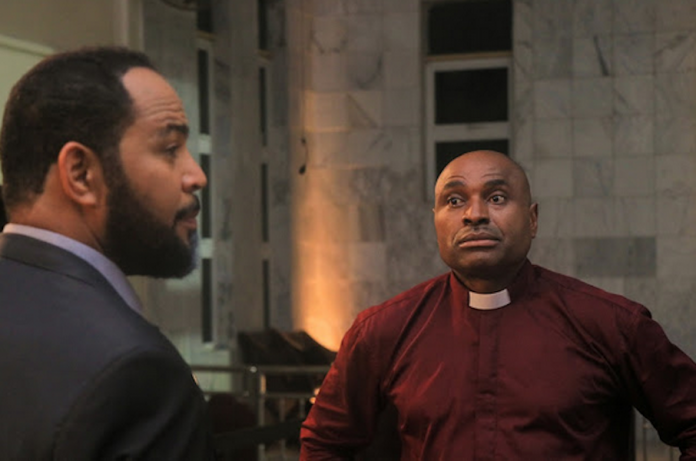 In “Living In Bondage: Breaking Free,” a follow up to an epic 1992 movie, the focus shifts to Andy’s son, Nnamdi, who like his father, is toeing the path of greed and flamboyance, writes

You cannot tell the story of the Nigerian film industry without mentioning “Living in Bondage,” the first Nollywood hit, credited with midwifing the contemporary Nigeria film industry. With due credit to the reports, including one from this writer, the two-part Living in Bondage movie, released 27 years ago to critical acclaim, was directed by Chris Obi Rapu. It was written by businessman Kenneth Nnebue and Okechukwu Ogunjiofor and produced by Ogunjiofor. The movie, shot around 1991 was released in 1992.

Upon release, Living in Bondage, hit a nerve and was widely accepted by an audience hungry for locally brewed content that reflected local values. The 1992 ‘Living in Bondage’ follows the story of an ambitious young man Andy Okeke (played by Kenneth Okonkwo) who sacrificed his wife to become wealthy. The consequences of his actions would later haunt him as the spirit of his dead wife sought justice. The film delved into burning issues such as ‘blood money’. The 1992 ‘Living in Bondage’ sticks out in so many ways.

It made a huge difference in its genre and the film industry itself as it not only made stars out of its young cast (Bob Manuel Udokwu, Kanayo O. Kanayo, Ngozi Nwosu) with Kenneth Okonkwo and Nnenna Nwabueze in their breakout roles but inspired the new wave of straight-to-video content that followed. It didn’t matter that the film was shot in Igbo, Living in Bondage became the first Nollywood blockbuster, selling over a million copies. At the time of its release, many of today’s practitioners were still teething or weren’t even in the industry yet.

However, many including ace actor Ramsey Nouah were influenced by it and decided to esteem Living in Bondage with a sequel in 2015. It did immediately raise a nostalgic feel, steeped in excitement. Nouah with businessman Charles Okpaleke had secured the rights to Living in Bondage from its originator Kenneth Nnebue for a possible remake to be filmed in Europe and America as well as Nigeria. In 2018, Nouah announced the remake had become a sequel now titled, Living in Bondage: Breaking Free.

Nouah, who plays a villain, makes his directorial debut with the sequel, with original actors also making appearances. The Living in Bondage sequel is co-produced by award winning producer, Steve Gukas alongside Dotun Olakurin and Charles Okpaleke. The story of the making of “Living in Bondage: Breaking Free”, is the story of ambition, determination and the new school melding smoothly with the old school.

The sequel is set for release in cinemas on November 8 and the feeling you get from hearing that all the ‘Living in Bondage’ guys are coming together again after 27 years for a sequel is inexplicable. The screenplay was commissioned to Nicole Asinugo, supported by C.J Obasi. The plot picks up decades later, following Nnamdi Okeke, Andy’s grown up son who has apparently, inherited his father’s love for money and the finer things of life. Living in Bondage: Breaking Free has an original score produced by Larry Gaaga which features A-list Afrobeats artistes.

In the upcoming sequel, the focus shifted to Andy’s son, Nnamdi, who like his father is toeing the path of greed and flamboyance. Living in Bondage: Breaking Free is the story of Nnamdi, Andy Okeke‘s mysterious son, and his vaunting quest for the big life, one that he would do whatever it took to realise. Nnamdi’s untamed quest for the quick buck, fast car, easy living, inevitably took him on a perilous journey that is better told by the cast of stellar performers, classic and current. The producers aim to create a balance with the sequel that will evoke nostalgia for the older generation while gripping the attention of the younger generation.

The movie will see the return of some of its original cast including Kenneth Okonkwo, Kanayo O. Kanayo and Bob-Manuel Udokwu and new stars such as Enyinna Nwigwe and Kalu Ikeagwu, Nancy Isime and Munachi Abii.  Though the ultimate challenge had been to update the screenplay to attract contemporary audience while keeping the essence of the original so that day one fans can still recognise what made them fall in love in the first place. This Gukas cleared in an interview thus; “What we have tried to do is to contemporize it, bringing a telling that will appeal to today’s audience who are cinema enthusiasts.”