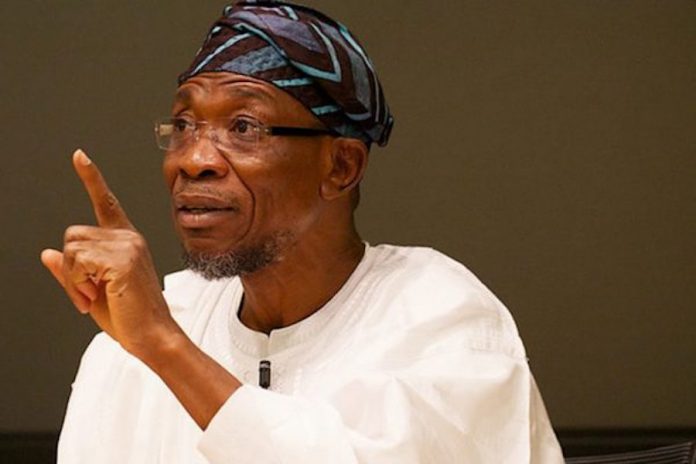 The Minister of Interior, Rauf Aregbesola, Thursday disclosed that the federal government was working towards introducing a better technology for the issuance of the Nigerian Passport such that there would not be physical contact between the passport seeker and passport provider.

just as the Edo State Governor, Mr. Godwin Obaseki, called for the closure of illegal entry points into the country to curb nefarious activities of some illegal migrants.

Aregbesola, who stated this at the opening ceremony of the 2019 Comptroller-General of Immigration’s Annual Conference in Benin-city, Edo State capital, said the new method of issuance of passports would reduce fraud in the system.

He noted that the NIS conference was to appraise the activities of the service for better management of migration in line with global practices.

While declaring the conference open, Obaseki said Nigeria must join other countries to tighten their porous borders to prevent illegal migration.

According to him, “There are about 1, 490 illegal entering points into the country, and this is encouraging illegal migration into Nigeria. Some of these illegal migrants commit crimes in the country, as some even have the Nigerian voter’s card. It is worthwhile for any country to develop a policy on migration as it is necessary to manage a country’s economy.”

Obaseki, however, commended the Nigeria Immigration Service (NIS) for the introduction of the National Biometric Identity Card for Intra-ECOWAS Travel and Biometric Registration of foreign nationals as a new security measure in the country.

He said the theme of the conference: ‘Migration Management in a Developing Economy; the Role of NIS’, was apt as it would afford stakeholders the opportunity to evaluate their roles in combating illegal migration and deliberate a way forward.

He listed four modalities put in place by the state to combat illegal migration to Europe, which include Returnees Management; Resettlement and Reintegration; Advocacy and Awareness Promotion; Promotion of Human Rights and Development of the state economy.

The governor said youths in the state were being trained and empowered with vocational skills as well as linked to jobs, while the basic education sector has been reformed to discourage citizens from embarking on illegal migration.

On his part, the Comptroller-General of NIS, Muhammad Babandede, commended the Edo State Government for its efforts and commitment in the fight against human trafficking in the state.

He said: “It is not wrong to travel but, what is important is to manage it so that the travellers, the state and federal governments, as well as the destination countries would benefit from migration.”