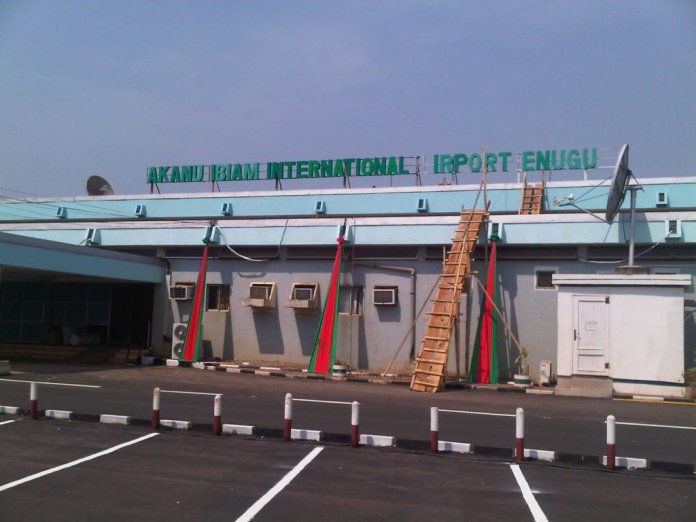 The Minister of Aviation, Senator Hadi Sirika, has disclosed that he will relocate to Enugu to directly supervise the rehabilitation of the Akanu Ibiam international Airport, which he said will be ready next April.

Sirika during the Aviation Ministry’s budget defence recently, told the House Committee on Aviation that the airport would be reopened to traffic before Esther next year.

He said he would make sure that quality work was done on the runway, which intractable problem led to the closure of the airport in August.

The Minister disclosed that he had held meeting with Minister of Finance and the Director-General of the Budget Office and that the money would soon be released so that the contractor could move to site.

He further assured the House Committee on Aviation that he would deploy the same energy and resources he engaged in delivering the reconstruction of the Abuja Airport runway to replicate the feat in Enugu as soon as the fund is released.
On the new terminal building, Sirika disclosed that it would be completed by the middle of 2020.

The Minister had used the opportunity to reel out the achievements of his Ministry in the last one year which included the reconstruction of the Lagos and Abuja terminal buildings as well as the security certification of the two airports by the International Civil Aviation Organisation, (ICAO).

The House Committee Chairman on Aviation, Nnolim Nnaji had earlier commended the Minister for his commitment to the Akanu Ibiam International Airport’s reconstruction project and inquired from him when the contractor would mobolise to the site.

He also appealed to the Minister to extend the same commitment and tenacity he has so far deployed to the problems of Akanu Ibiam Airport to other airports in the country that require such intervention.