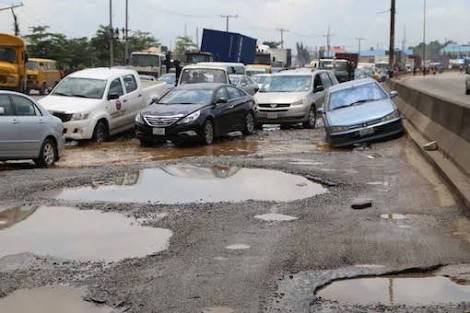 Most residents of Kano were full of hope that perhaps, the era of bad roads within Kano Metropolis may have finally come to an end given the pomp and pageantry which greeted the formal launch of the repair of the 31 dilapidated Metropolitan Kano roads by the state government last year.

Sadly, instead of getting some respite, it all turns out to be mere false hope. The initial sigh of relief had given way to endless gloom, suffering and despair because as it stands today, some of the roads slated for repair like ‘Yan-tsaki, Darmanawa, Unguwa Ukku, Farm Center Roads, and Sharada, among several others, have remain in critical state of disrepair.

Worse, most contractors handling the projects have since demobilized from sites. In all honesty this issue apart from being very sad development had prompted a deluge of questions as to the actual reason for the unfortunate reality. Could it be due to lack of adequate funding by the state government? or rather, the usual contractual breaches and/or what for goodness sake?

That high value projects that hold so much promise to the state both economically and socially are left uncompleted leaves a lot to be desired.

In any case Kano deserves something better than this especially now that the period of politicking is over. It is imperative that government be made to realize the enormity of the problems at hand and appreciate the gesture of the good people of Kano who voted for continuity in the last general election. Their votes shouldn’t be construed as mere tea party, but a call to prompt service delivery.

It is worthwhile to also note that the inherent feelings of despair pervading the landscape at the moment due to menace of bad roads in the metropolis needed to be assuaged quickly and that government must truly recognize and respect the people’s mandate, and part of this involves prompt repair of all abandoned metropolitan roads!

On this note, the people’s oriented governor Ganduje and Khadimul Islam, should spare a thought for our suffering by revisiting the roads which have become a menace to both residents and visitors alike with a view to initiating new processes of completing them in good time for the overall benefit of humanity.