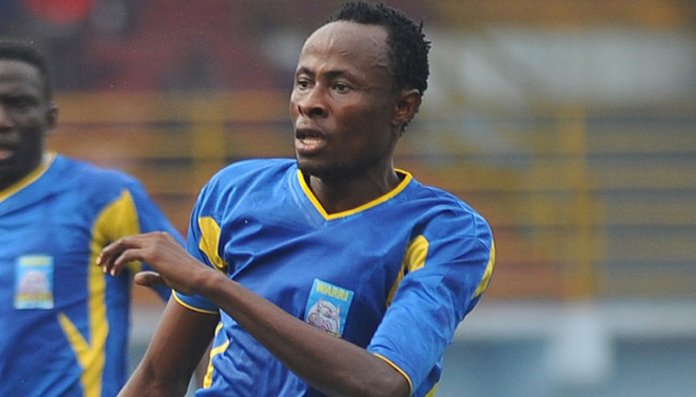 CHAN and Beach Eagles veteran, Ikechukwu Ibenegbu of Enugu Rangers International F.C, has assured the club’s teaming fans that the Nigerian seven- time league champions shall overcome the hurdles of Togolese current league champions, A.S.C Kara to book a place in the group stage of the CAF Confederation Cup competition.

Ibenegbu, who has seen many soccer battles in the continent with such clubs as Warri Wolves, Enyimba and Heartland, said on Tuesday, ahead of Rangers’ first leg, playoff round of the competition at Stade de Kegue, Lome, that he and his team mates were well motivated to deliver the goods.

“We respect our opponents in this round of the competition but we don’t fear them. We have heard a lot about them as been the backbone of Togo’ CHAN team that stopped Nigeria from qualifying for Cameroon but that does not scare us as we are an equally great side with determination to get as far as the final of the competition with an eye on winning the trophy for the country,” stated the midfield maestro also known as ‘Mosquito’.

Ibenegbu further said that the team was well motivated going into this make or break encounter, stressing, “We are well motivated for this encounter as the management led by Davidson Owumi has been there for us, ensuring that all that is needed by the players was made available. We have a target and the Togolese side won’t stand in our way towards achieving that target.”

Recall that Rangers will be hitting Togo for the CAF Confederation Cup 2019/2020 playoff round game against Association Sportive des Conducteurs de Kara (A.S.C Kara) scheduled for October 27, 2019 at the Togolese national stadium, Stade
de Kegue, Lome while the return fixture is fixed for ‘The Cathedral’, Nnamdi Azikiwe Stadium, Enugu, a week later.

Tourism Can Contribute $3.4bn to Lagos GDP by 2026, Says Investor