Mr Olusegun Adeyemi-Showunmi, who is the spokesperson of the presidential candidate of the Peoples Democratic Party (PDP) in the 2019 elections, Alhaji Atiku Abubakar, has stressed the need for the federal government to focus more on attracting private capital.

Speaking in an interview on the sidelines of the just concluded International Monetary Fund/World Bank Annual Meetings in Washington DC, Adeyemi-Showunmi, who is also the Managing Director of Right Dev, expressed dismay over the federal government’s aggressive tax drive, saying it was focused on impoverishing Nigerians.

He said his participation at the meetings was to see precisely where the world was going and to relate whatever was being learnt to issues of importance in Nigeria.

“There is no gaining saying that the approach of the Buhari-led government has been running on the single perception indicators for everything. It seems that they desire to interpret what they think should happen to the country primarily on taxes and perhaps on borrowing.

“But the thinking of the World Bank/IMF from these annual meetings suggest that there is need for caution because of the volatility and vulnerability of the debt market may cause a lot of problem for emerging markets who are heavily in this,” he explained.

According to the Right Dev boss, after about five budget cycles, the present government have not shown its ability to design policies that would stimulate economic growth in the country.

He added: “We hold the view that if you prepare the economy of your country to be more receptive to private capital from all over the world, you may be able to use more creative instrument of long term infrastructure funding with private capital to take care of some of those things that you are doing.

“We are also of the view that governments in Africa, especially in Nigeria needn’t consider most of the things that other countries of the world have now started seeing as businesses as social investment.

“For instance, you cannot run a concept that imagine that the federal government is still going to be in the business of low cost housing – that is kind of an archaic approach.

“What the federal government needs to be doing and what we would have been doing, if we were in charge of the country right now, would have been to make sure that we can prepare the real estate market to be able to do those houses and if need be government can then be an up taker of those properties for purposes of placing those that are vulnerable in society in housing.

“That is what we see the whole world doing but they are not route. We also believe that in terms of taxes, yes you need to expand the tax net by bringing in those who are taxable in, but you cannot constantly insist that the only way you can grow is to add more taxes.

“You are moving Value Added Tax (VAT) from 5 per cent to 7.5 per cent, that means that you have a view around creating wealth that indicates that the only way is to take what is available. What we believe is that you must take a glance at what your fellow African countries are doing.” 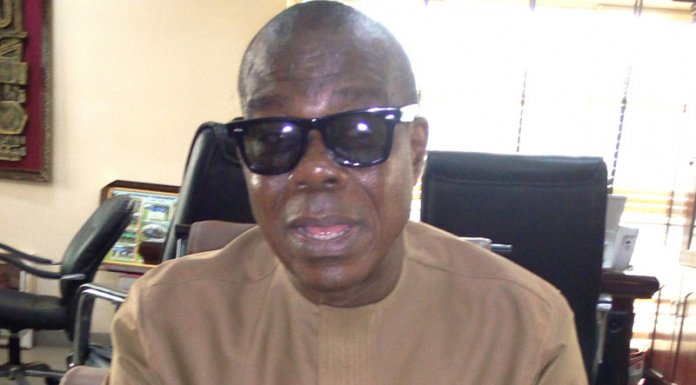