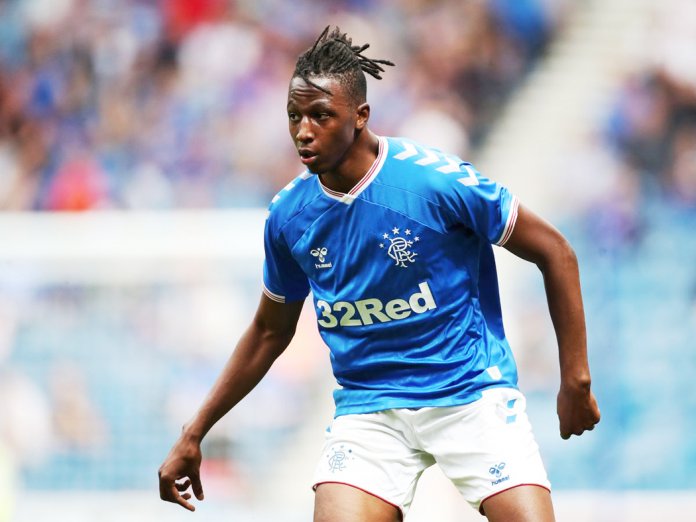 When he chose to don the colours of his fatherland- Nigeria – as against the land of his birth – Britain – he seems to know what he stands to prove. In his first game against Ukraine in an international friendly in September, Joe Aribo put up a Man-of-the-Match performance to launch his international career. And if that was not convincing enough, his show in the high profile encounter against five-times world champions, Brazil, left no one in doubt about the makeup of the Glasgow Rangers midfielder

Joe Aribo has proved to be a brilliant signing with Steven Gerrard’s Scottish Premiership leaders Rangers, after the Gers paid a paltry sum of £300,000 to Charlton Athletic to sign the 32-year-old and he has carried his scintillating club form into the international sphere for Nigeria, scoring on his debut against Ukraine while also grabbing another cracking goal against the Sëleçao last Sunday.

The Rangers midfielder was a major doubt before the encounter with Brazil after he suffered a head injury in a League Cup win over Livingston, culminating Gerrard to confirm Aribo will miss few games for Rangers. With reports saying the youngster would require about 20 stitches after a rough challenge by Livingston’s Rickie Lamie.

“I will be very surprised if we see Aribo play before the international break,” the Rangers boss said. “It is his first time out of London and he has settled very well. This will be a setback but knowing him he will bounce back, he didn’t even want to come off yesterday which shows his mentality,” Gerrard had said.

He however recovered on time and brushed the injury aside to star for Nigeria against Brazil.

Indeed former Nigerian international, Victor Ikpeba was left blown away by Rangers star after he danced through the Brazil defence to score a wonderful individual goal during a friendly clash this week.

The defensive duo of Thiago Silva and Marquinhos watched helplessly as Aribo waltzed through their tackles and power his way before calmly rolling the ball past Ederson Moraesin a moment of sheer class.

“Credit to Aribo for the sublime goal he scored against the five-time world champions. He’s such a wonderful player and I am delighted to see him play quality football for Nigeria. Joe Aribo is an exceptional player and he has shown the coach Gernot Rohr that he is ready to claim a regular shirt,” said Ikpeba.

Super Eagles Team Manager, Gernot Rohr indeed revealed that the fitness and speed of the player touted to be installed as Mikel Obi’s replacement are his best attributes he brings for the young squad at his disposal.

“We have a very young team, younger than what we had at AFCON. Joe Aribo is one of the players bringing his fitness and speed into the team. His left foot is technically interesting for us in the midfield,” Rohr said.

Aribo announced himself to the world stage by scoring the first goal in the 4th minute with a simple tap-in via an Alex Iwobi’s cut back and went on to deliver a man of the match performance that left a number of fans drooling as Nigeria ironed out a 2-2 draw with hosts Ukraine at the Dnipro Arena last month.

Though fans had been warned before the game to expect some fireworks from the Glasgow Rangers midfielder not many reckon they would be forced, on watching Aribo, to reminisce about the good old Austin Okocha days.

Aribo earned his first call-up in September after his impressive start to 2019-20 at Ibrox under Gerrard, and it’s safe to say his summer move from Charlton Athletic is starting to pay dividends.

Though Aribo wasn’t expected to walk into the Super Eagles’ starting 11, though, with Leicester City’s Wilfried Ndidi and Stoke City’s Peter Etebo the favoured and long-term defensive midfield pairing the Rangers man has surely given Rohr a selection headache following a wonderful debut and his scintillating performance against Brazil.

Aribo decided to wear the colours of Nigeria even though he was eligible to play for his country of birth, England.

‘’I am really happy to have got this call-up to Nigeria and I just want to make the most of it and play as long as possible and just do what I can for the team and make sure that we continue being the best that we can be,’’ Aribo has said before the game against Ukraine.

Aribo described himself as a midfielder with offensive and defensive qualities.

‘’I am a central midfielder and I like to get in and around the box. I can defend and I can attack,’’ he said.

Speaking before the Ukraine encounter, he said he was ready to seize his chance and put on a show for Nigerian fans and prove his worth to coach Rohr and that was exactly what he did.

English-born Aribo joined Rangers from Charlton Athletic in England, having also previously turned out for Staines Town in non-league football.

He already has four goals in 12 games for Rangers this year after making an excellent start to the new campaign that has seen him rewarded with a call-up.

Aribo has also proved his manager at Chalton Athletic, Lee Bowyer wrong having believed the midfielder made a wrong decision to leave English football for a less competitive Scottish league, but the coach is now backing him to become world-class in nearest future.

“Lee Bowyer insisted he made the wrong move for his career by joining Rangers but Aribo is quickly proving the Charlton boss wrong.

“He’s scored big goals in the Europa League and earned his first two caps for Nigeria, grabbing two goals. The latest over the weekend was against Brazil but his performances for Rangers have been equally impressive.

“Minus a huge blip against Celtic when he played wide left, his unorthodox style of play has been successful. Able to hold onto possession in the tightest of spaces and with an eye for goal as well he has fast become a fans’ favourite.

“He’s still young and developing his game but he’s clearly going to be a big player for Rangers,” reads a report in dailyrecord.co.uk.

He also joined the likes of Teslim Balogun, Brian Idowu, Julius Aghahowa, Finidi George, Victor Agali and Obafemi Martins as Nigerians to have scored on their international debut after the Rangers midfielder scored the Super Eagles’ first goal in friendly with Ukraine.

Having not only scored but had been enterprising in the two games he had played for Nigeria, Aribo has surely warmed himself into the hearts of Nigeria soccer fans and indeed Super Eagles German-born Manager.