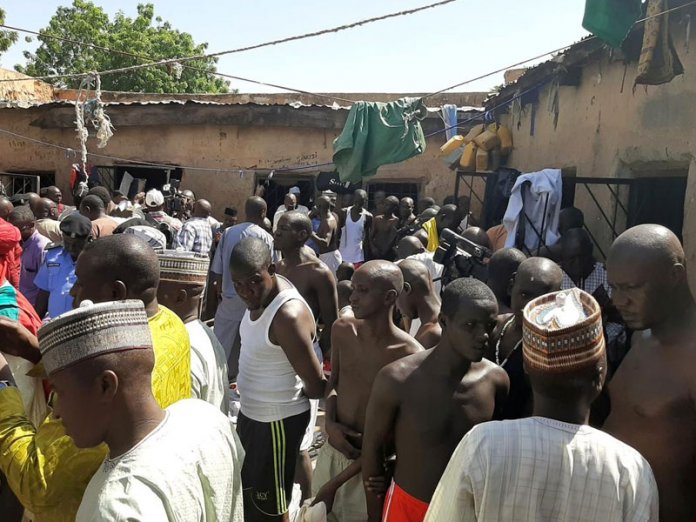 The police have freed, from an Islamic school in Katsina State, some 500 men and boys, many of whom had been chained to walls, molested and beaten.

The raid on the school was the third of such operation in less than a month, bringing the total number of people freed from abusive conditions within a month alone to about 1,000.

The police announced the rescue of the people just as the apex northern socio-cultural group, Arewa Consultative Forum (ACF), has described as worrisome, the kidnap and conversion to another religion, of children from Kano State, calling on Nigerians to expose perpetrators of evil in the country.

Another purported Islamic school, where captives were chained to walls, some beaten so badly that they needed help walking, was raided in September in Kaduna State.

Two sources at the scene told Reuters that the owner of the Malam Niga school in Katsina metropolis and five of his staff had been arrested.

Police declined to comment on the raid and blocked entrance to the grounds.

Reuters reported that the operation, mounted by Katsina police and federal police from Abuja, freed about 500 students.
One building, which was well-kept, with clean tiles on the exterior and working plumbing, held 300 pupils who were not regularly mistreated.

But about 200 captives at a site next door were regularly abused.

“The second camp is the dangerous place,” a police source said. “The children were molested there.”

The source said the most unruly students and some newcomers were placed in the second building.

Students at the first school were sometimes taken to the second building for abuse.

Islamic schools, called almajiris, are common mostly in the north.

Muslim Rights Concern estimates that about 10 million children attend them.

President Muhammadu Buhari had said in June that he planned to ban almajiris.

On Tuesday, a presidential aide said Buhari had directed the police to “go out in search of these kind of centres wherever they are and disband them.”

ACF Kicks against Kidnap, Conversion of Kano Children
Meanwhile, ACF has described as worrisome, the kidnap and conversion to another religion, of children from Kano State, calling on Nigerians to expose perpetrators of evil in the country.

ACF in a statement by its National Publicity Secretary, Muhammad Ibrahim Biu, while condemning what he called “unwarranted and unbridled” kidnappings of the children from Kano and other parts of the country, urged police to further investigate the motives behind the abduction and to bring culprits to justice.

“Arewa Consultative Forum (ACF) and in deed Nigerians are shocked and pained by the recent media reports of innocent children being kidnapped by some criminals in Kano State and sold for purposes of slavery and other inhuman activities in Anambra State.

“The media reports are that the abducted children are being converted to other faith and given different identities other than their original faith and names. This new dimension to the crime of kidnapping is most worrisome and disturbing. Most worrisome is the confession of one of the arrested suspects that he has been in the business of child abduction for about five years, and that it is only now that nemesis has caught up with him. That means many innocent children must have been kidnapped and sold over the years,” it said.