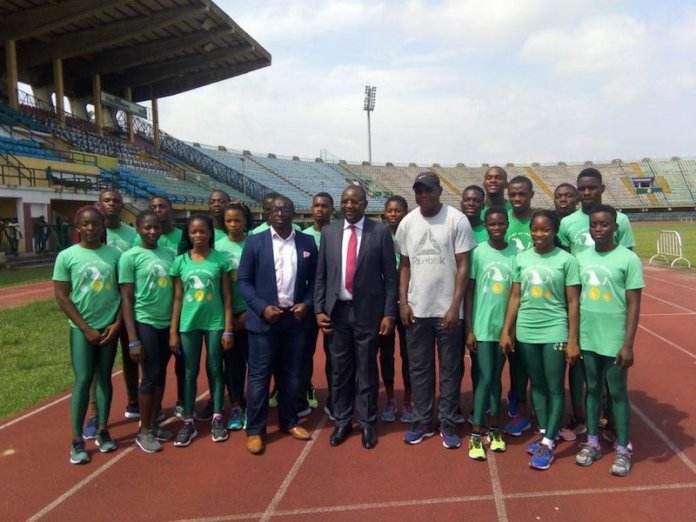 As the Minister of Youths and Sports Development, Sunday Dare, meet with national federations presidents and secretaries today in Abuja, there is assurance that Team Nigeria athletes are going to have a minimum of five months camping before heading to the Far East to battle for medals at Tokyo 2020 Olympic Games.

Speaking in Lagos with NAN yesterday during his visit to the camp of the Making of Champions (MoC), an athletics consulting firm and academy, Dare said the ministry would ensure that the athletes were properly mobilised for the Tokyo 2020 Olympics, adding that it was not too late to start the preparations.

“If we have the funds readily available, perhaps we will do six months camping. In the past, we have had three months.

“This time around, we are looking at five months camping for the athletes and that journey starts from the administrative aspects to be kicked off tomorrow.

“We will bring all the key stakeholders together in Abuja and start the camping process. We are proposing three or four camp locations across Nigeria.

“As I have said, we are not going to overstretched ourselves, we will look at the sports in which we can really compete which may be seven or eight and focus on them,’’ he said.

Dare said the welfare of the athletes was paramount to him, noting that the National Sports Endowment Fund (NSEF) would be restructured.

“Conversations are ongoing, we need to have private engagement and we are progressing. Recall that Chief Emmanuel Iwuanyanwu is the Chairman of the NSEF.

“We will look into that, maybe, we will have a new chairman because we intend to make it independent and probably bring in more stakeholders.

“The fund is giving back to the athletes and repackage for sports development.

“What we have seen in Morocco and Doha is a benchmark and based on the experiences, we are going to focus on areas in which we have competitive advantage,’’ he said.