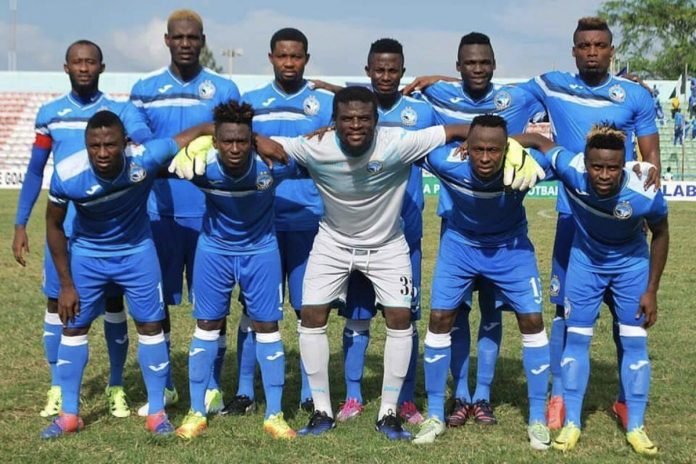 President Muhammadu Buhari wants to create 10m jobs in his second term. That is a lofty ambition. However, sports can be a quick win for him. With the right support, it can deliver over 500,000 direct and ancillary jobs to the government by 2023. Of this, the Nigerian Professional Football League (NPFL) alone can probably account for up to half of that number. Our league could become the largest sporting enterprise in the entire Africa.

Today the NPFL is in shambles because of poor financial support. We all pay a huge price for this. Government misses its best chance to impact society: to positively engage tens of millions of its citizens, to create jobs, to improve IGR from the increased business that the league would bring, and to engender peace among an increasingly polarised populace.

Business is also a major loser. When football, by far the most popular sport in Nigeria, creates jobs and wealth as it does in more progressive societies, it significantly drives the economic activity and boosts the quality of life. Jobs, we all know, translate to increased disposable income and consequently improved consumer spending.

When the Arab Spring devastated Egypt from early 2011, the government prioritised the revival of the Egyptian Football League because of its socio-economic benefits. Egypt is a similar country to Nigeria and this says everything about the necessity of making the NPFL a success.

If there is ever a time Nigeria needs a compelling sports phenomenon, it is now. The citizenry is divided, unemployment figures are double-digit, poverty is rife, infrastructure is either decaying or nonexistent, our youth are increasingly wayward, crime is high and life is hard.

The football league cannot be the one-size-fits-all solution to all our problems, but it can be a big help. To illustrate this let us look at this Indian example. Football is to Nigeria what cricket is to India. The Indians did not even have a sports league until 2007! Once they got their cricket league going however, there was no stopping them. By 2017, just ten years later, the Indian Cricket League had signed a five-year TV rights deal with Rupert Murdoch’s Star TV network worth $2.55b! That roughly translates to $510m or N183b to run their league every year. And that’s just one source of income.

Nigeria may not have India’s wealth or 1.2b population, but we can at least be worth one-sixth of that, especially when you consider the popularity of our entertainment industry across Africa. Even a tenth of N183b can give us a massive football league every year. And make no mistakes, the money is here! Supersport collects more than that from Nigerians yearly to pay for the broadcast rights of the English Premier League for Nigeria. It is a shameful situation, one that deepens our poverty every year, while we build value in the UK.

Government and the private sector must unite to reverse this debilitating culture and ensure we keep our money at home to invest in our domestic sports to grow value in society for our children. There are a few ways government can help.

First we need to understand the ecosystem around football and how this can grow GDP and inspire unity and progress. To cater to organisers, officials, players and millions of fans, almost every sector of the economy is involved: airlines, hotels, healthcare, banking, legal, media networks, marketing and advertising, intercity and local transportation, construction and maintenance, security, food and beverages, farming, entertainment, and so many others, including education, tourism and government.

Government, who earns taxes from clubs, players, organisers and the multiple businesses involved in the league – income that helps to build, improve and maintain public infrastructure, must, as a matter of priority, come up with investment friendly policies that would grow our league. Examples will be tax rebates for sponsors, cheaper funds for investors, and even direct funding where necessary. South Africa, a similar country to ours, offers an interesting example.

In SA, the public broadcaster SABC buys the TV rights to the country’s Premier Soccer League (PSL) and beams the games to the citizens at a significant financial loss. This is like our government funding the NTA to buy the TV rights to the NPFL so Nigerians can watch the games, while there is some money to run the league. The rationale is simple. Just like Egypt, South Africa understands the cultural and business impact a successful football league has on a country.

Government must also stop local brands from promoting the European – especially the English – leagues to Nigerians, and instead encourage them to spend on the NPFL. The new NBC Code is a landmark development in this regard and requires maximum support. The code compels brands that sponsor foreign sports to spend the equivalent of 30% of their sponsorship value on a local variant.

Brands like Chivita, PZ Cussons, Airtel, MTN, Glo, and most of our banks, who collectively spend billions of naira to promote the EPL, Spanish La Liga and Italian Serie A to Nigerians, must be considered inimical to society. It is actually to their interest if this is done. Today Nigerians spend more on foreign sports and consequently less on Chivita or Joy Soap, or airtime and data. In effect our businesses are killing themselves by supporting foreign sports.

Finally, government needs to enforce the new NBC Code. True, the NPFL is light years away from providing the type of quality entertainment obtainable in Europe, but the solution can never be for us to impoverish ourselves by abandoning our league, while enriching others, by adopting theirs.

Enforcing the NBC code can transform sports in Nigeria and help President Buhari achieve his objective of creating a prosperous society. The time to act is now.