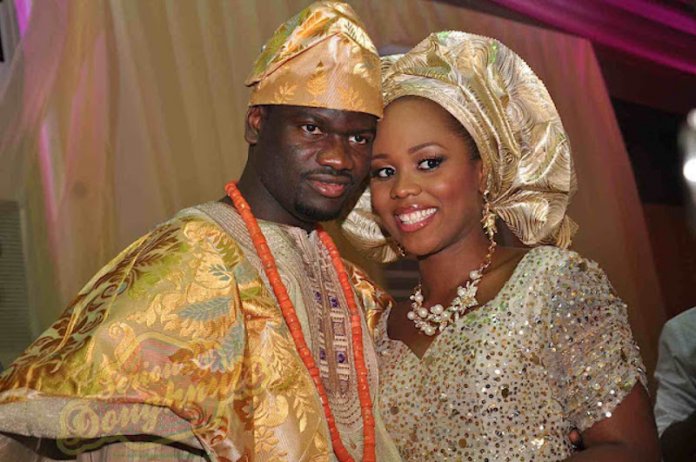 When Whitman wrote that “nothing is ever really lost, or can be lost,’’ he most probably did not have Abiodun Kuku in mind. Yet, this is the situation with Abiodun Kuku, son of the late Ogbeni Oja of Ijebu. Still, under wraps, the cat has peeked – if not completely crawled – out of the bag that the former husband of Funke Fowler is married again.

Recall that in 2011 the lovely couple had a most enchanting wedding ceremony. The paparazzi had a swell time, going so far as to claim that the wedding was a party of parties. Even now, that ceremony is still whispered among wedding planners. Little wonder, when a wedding ceremony spans two mini-continents, Lagos and Dubai. Unfortunately, this is not the same as the sweetness and gentleness that was witnessed on that fateful day.

In the immortal words of Wole Soyinka, “all that survives mimics a wrinkled petal pressed between pages of long-discarded books”. Considering that the Funke and Abiodun – Abi for short – split up in late 2013, one is tempted to say that God did not join together – although it is not common knowledge how they came asunder. What is known is that the parting was both amenable to both parties, if not amicable. In fact, sources have come forward claiming that the separation was on messy allegations. As with every judicious rendition of American home movies, a good ending has appeared on the scene.

Abi Kuku is apparently not a man to be deterred by rumours, great or small. He has taken the bull of love and commitment by the horns and taken allegedly another bride to himself. This time, however, experience has played the role of an old schoolmistress, insisting that the events of this new union be kept out of the public eye or opinion. No matter. Especially since Funke has found a new heartthrob in Aigbovbioise Aig-Imoukhuede, younger brother of Aig Imoukhuede, the former MD of Access Bank. Evidently, life must go on. Those left with questions like “where did the spark go” must look faraway from Abi and Funke.