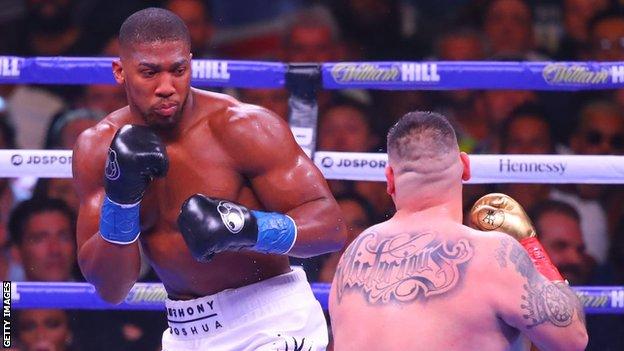 Anthony Joshua has revamped his sparring with new and improved partners ahead of his rematch with Andy Ruiz Jr, says promoter Eddie Hearn.

Joshua “struggled” to identify appropriate sparring partners before his defeat to Ruiz Jr, who replaced original opponent Jarrell Miller, according to Hearn.

But it has been a key area of focus before the second fight with Ruiz Jr on December 7, with the IBF, WBA and WBO heavyweight titles on the line.

“We’ve got that under control,” Hearn told Sky Sports about recruiting sparring partners for Joshua.

“Sparring is something we’ve been working at. First time around we only had four weeks, and three weeks of sparring. We found guys but probably not the guys we really wanted.

“Now the sparring is top class. He is focused and looking great. Eight weeks to go.

“We’re not interested in looking at Tyson Fury, Deontay Wilder or anything else. It’s just about winning one of the biggest heavyweight events of all time.”

Joshua denied rumours that he had been knocked down in sparring before the first Ruiz Jr fight, and told AJ: The Untold Truth about his frustrations.

Speaking about previous sparring partners Joshua said: “I feel like people are more interested in their five minutes of fame.

“Even in sparring, everyone wants to be famous, rather than a good fighter.

“You can’t even enjoy your training and work on things without someone trying to make up false allegations, and trying to get five minutes of fame.

“You bring someone into your training camp to do them a favour, you’re paying them, nothing like [the knock-down rumour] in that nature has happened, you beat them up in every round, then they go and do an interview.

“It just happens all the time in boxing, there is just a lot of envy.”

Hearn previously explained: “It’s so difficult to replicate the style of Andy Ruiz. The guy is 6’1”, he’s 19st, and he’s got speed like a middleweight.

“It’s one thing getting a sparring partner in, it’s getting them to let their hands go against Anthony Joshua. Would you want to do it? You’ve got to be mad to even spar with him, let alone fight him.

“Last time we tried to get the sparring in, we struggled a little bit, no excuses, but this time around the preparation has got to be spot on.” 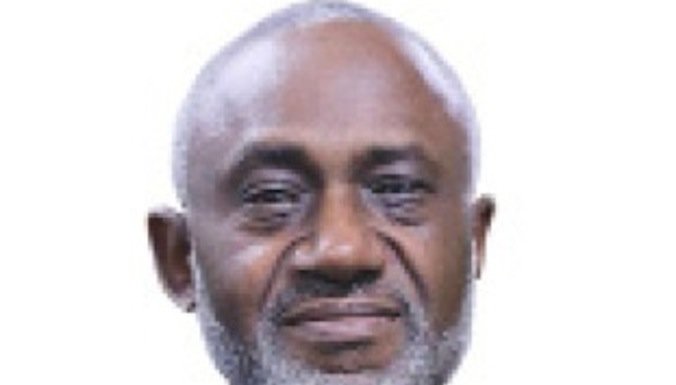