Most Nigeria’s major encounters with Brazil have all been at the Olympics Games and once at the U21 World Championship in 1989 in Chile, aside the friendly game in Abuja. However, it was not until the Atlanta ’96 Olympics when Nigeria came from 3-1 down to defeat a Ronaldo Delima inspired Brazil 4-3, that a football rivalry between the two countries was truely born. That is why Sunday’s encounter between the Selecao and the Super Eagles will be more than a friendly and the roll call of players billed for the match attest to it

From the most expensive footballer in the world-Neymar to their COPA America winning captain Dani Alves, Brazil have left no one in doubt they are not in Singapore for a tea party.

The game is coming 23 years and a couple of months after Nigeria spectacularly ejected Brazil from the Centennial Olympic Games men’s football tournament in Atlanta, Georgia at the semi final stage. It is also the last and icing on the cake of a two-match schedule for the five-time world champions in Singapore, which begins with a clash with the Teranga Lions of Senegal on Thursday.

In spite of the array of stars at their disposal, Paris Saint-Germain’s Brazil international defender Marquinhos has warned his side that they must work hard if they were to defeat Nigeria in Singapore on Sunday.

Marquinhos told the media that, Nigeria is one of the best teams on the continent and they are aware of the threat they poised.

”We have to make a big game, impose our rhythm. They are very intense opponents, aggressive, with physical imposition and technical game too,” he said.

“Nigeria have very physical and skillful players. Osimhen has done well at Lille. Virtually unknown before his transfer but now everyone knows him that shows he can be very dangerous. We have to put an eye on him”, Marquinhos told reporters at the Brazil training base in Singapore.

Corroborating the Brazilian defender’s position on Osimhen former Nigerian international, Henry Nwosu believes Osimhen has the potential to meltdown the defense of the Samba Boys.

“I am proud that we have a quality striker in Victor Osimhen who has been banging in the goals for Lille in the French League,” Nwosu told Soccernet.ng

“Playing in his first season, Osimhen has shown his determination to achieve greatness and I am glad he’s in good form to face Brazil in Sunday’s international friendly encounter in Singapore.

“No doubt, he will cause all sorts of problems for the Brazilian defenders regardless of their experience. He has what it takes to shoot down the Brazilians and further put himself in the spotlight of the round leather game.

Brazil’s Assistant Coach Cleber Xavier however picked Alex Iwobi as the most dangerous player in the current Super Eagles team, saying the Everton man plays more of an inside role as a second striker.

“At Nigeria, Iwobi plays more of an inside role as a second striker than at Everton. He is the link in the counter attack, drags opponents out of position and infiltrates well in the box,” stressed Xavier.

Despite playing 72 hours ahead of Nigeria match Chukwueze believes the Copa America kings have enough quality to give Nigeria a good game come match day.

“That’s a big game to look forward to in Singapore and I think it’s going to be a tough match,” the Villarreal forward noted, even as he was quick to add. “I don’t know how it’s going to be but I’m confident we are going to make our country proud because everybody is going to look up to this game.

“It’s going to be a tough game but everybody would see what we are made of when we play against Brazil. I believe this set of Super Eagles is very good; it’s not just that we are good but we are committed. “We have the fighting spirit to do everything possible to remain one of the best teams in the world and I think we are going to do well against Brazil,” Chukwueze said.

Meanwhile, Arsenal legend Kanu Nwankwo has said the Super Eagles are under pressure to give a good performance when they meet Brazil in Singapore.

Kanu who stars in Nigeria’s 4-3 famous victory over in Brazilians back in 1996, Atlanta Olympic games, opined that Nigerian football fans want to see the Gernot Rohr’s squad give the Brazilians a good run for their money.

“There is a lot of pressure because everybody loves football, they don’t want to hear that Nigeria went to a game and lost.”

“I don’t think people will really appreciate the boys if they lost in a friendly game, that’s how it is here. The boys have to take it on board and ensure that every game they play, they have to do well.”

The two-time African footballer of the year also advised Rohr and his boys to take the game to the Brazilians and give a World Cup final performance, because of the rivalry that exists between both sides.

“Playing against Brazil will show the level of football they are playing and where they are, and if they can beat Brazil, the confidence and belief of the boys will grow.”

“And for me, it’s always tough when Nigeria and Brazil play each other; whoever will represent us should know it’s not a friendly game.” He concluded.

Nigerian coaching crew led by Gernot Rohr and the rest of the 23 players invited converged at Fairmont Hotel on Wednesday, and the team had their first training section on Thursday.

Brazil defeated the Super Eagles 3-0 the last time both teams met in a friendly encounter in 2003 at the Moshood Abiola Stadium, Abuja.

Sunday’s game which is billed to hold at the Singapore National Stadium, Kallang will kick-off at 1 pm Nigerian time. 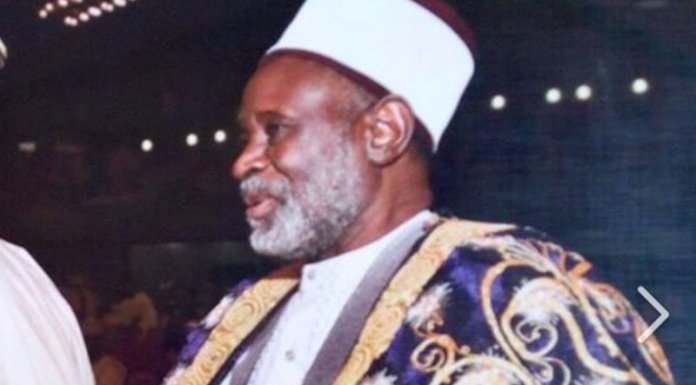 Emir of Potiskum Explains How He Survived Bandits’ Onslaught