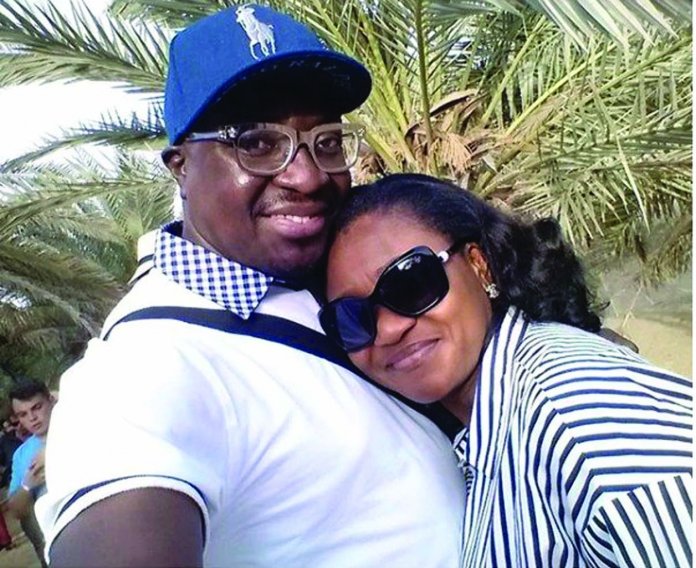 Comedian, Atunyota Alleluya Akpobome, (Alibaba) rattled the social media with his recent dispatch on the goodness of being married. In it, he tells singles and celibates that they risk depression if they persist on that line. Some however fired back, saying it was not his business to lecture on marriage, reports Ferdinand Ekechukwu

For Comedian Atunyota Alleluya Akpobome, respectably recognised in the entertainment industry as Alibaba, ‘’comedy is a way of life and good for social change.’’ Only recently, Alibaba subtly stoked up a conversation when he advised his followers that being married was a beautiful thing and being single and celibate could lead to depression. The comedian shared a post on his Instagram that read: “Being married or committed to one person is a beautiful thing. Don’t let these folks tell you a lie. Ain’t nothing better than having a soulmate, best friend, lover, and protector.”

He added in the caption: “Being in a relationship is important. Being alone and celibate… can lead you to depression faster than you think.” Alibaba writes in favour of being married. Philosophically, Alibaba could be saying these, from a place of experience and knowledge. He is married to Mary Akpobome. Alibaba has had course to celebrate her. He did that during her birthday celebration in April last year. Alibaba expressed his love to his wife on her 50th birthday by appreciating her hard work, strength and perseverance.

In a series of posts marking her birthday, the Delta born Alibaba expressed his love to Mary, a banker, thus: “Happy 50th birthday to @mummymary_ you deserve a huge celebration. You have persevered. You have laboured. You worked hard. You sacrificed. You prayed. You hustled. You put in the time. You were bruised. You were discounted… still you rose. Above everything you had God. You had friends. You had mentors. You had family. You had guts. You have it all… so happy 50th birthday my MTO… MaryB… MaBrandi… love you scatter.” Mary and Alibaba have five children – Xsara, Brenda, twin boys, Ejiro and Tejiri, and Valerie.

Like the comedian once alluded, it’s not really what one sees on social media that messes one up but what you do with what you take in that messes you up. The 54 year old Nigerian had made this observation discussing the trend of the social media influence as opposed to how he uses it being someone coming from a traditional leaning. For a fact, the standup comedian and actor is highly influential beyond just the industry; and he knows this for sure.

A voracious reader, the Religious Studies and Philosophy graduate of Ambrose Ali University, Alibaba, no matter what, is entitled to his opinion. That notwithstanding, it appears a lot of people now on social media read but don’t understand and can’t comprehend. They read something and jump to conclusion. Alibaba’s struggle has always been to correct some social impression and misrepresentations and you may or may not agree with his positions.

Someone anonymous responded thus immediately Alibaba unveiled his marriage counseling dispatch: “Ali Baba has no authority to say that; is he aware of how lonely most married people are? Yes he might have a peaceful marriage, thank God for him, but I feel he is insensitive to attack others’ choice to stay single or celibate, he has not walked in other people’s shoes, so he should keep mute on this topic,

“Not everyone is meant to be married, and if staying celibate rocks your boat great, he is a man and in Nigeria for that matter where women care more about what becomes of them if they should leave their abusive partners. Married people both men and women are the most unfaithful currently in Nigeria, why is that? Mr. Ali Baba the unsolicited relationship expert. Please do not pressure people into relationship; depression is a mental illness that could happen to anyone whether married or single.

“I know marriage is a beautiful thing but we must do it when we are absolutely sure the person is right for us, and if your marriage is not working please feel free to take a walk. We all make mistakes, the perfect man or woman could be just around the corner and if not, please live life, have wonderful friends make memories that is what really counts, not marriage and having children. I know a woman whose only son she broke her back to raise, after 38 years of pain, this same boy used cutlass to cut his mother to pieces, so please make Ali go Sidon one place with his entitle opinion.”

So many people outside their industries really do look up to the national honours awardee on social media. To him, the social media is an open market to everybody. But what Alibaba has chosen in his small space and timeline, is to influence people. In his words: “I influence people. I let people know that this is what should be done; this is how you should go about it. I have seen that the biggest problem is actually lack of education and not poor education.”

For it is expected that one’s association on social media should be one that reflects who you are, the space you maintain and the level of intelligence possessed. This justifiably reflects his perspective on whatever social issues he opinionates on irrespective of his stance.  It is no doubt that Alibaba is one who has used the power of his profession to drive social change, with several awards and recognition to show for it. In commemoration of his 20 years on stage, Alibaba was awarded Comedy for Change icon in recognition of his impact to the larger society.

Alibaba was inducted into the Johnnie Walker ‘Striding Man’ Society in 2009, which recognises men who have achieved great strides in their chosen fields and who motivate and encourage others. In 2012, he rang the Year End Closing Bell of the Nigerian Stock Exchange, the first Nigerian comedian to do so. In March 2015, Alibaba was featured on CNN African voices, speaking about his goal to professionalise and gain acceptance for Nigerian comedians.

He has been a professional stand-up comedian for the past 30 years. Alibaba was born in Warri, Delta State, on June 24, 1965. He spent the first eight years of his life in Warri. His father is a retired soldier who served in Lagos where he (Alibaba) had his early education before proceeding to the former Bendel State University now known as Ambrose Alli University, Ekpoma to read Religious Studies & Philosophy. After acquiring a degree in 1990, Alibaba relocated to Lagos having “accidentally” in 1988 discovered his comic talent in his third year at the university.

He planned to return to Ekpoma to read Law but that was not to be since he discovered he could make more money by making people laugh than by defending them. He was one of the comedians who professionalised standup comedy and made it commercially viable on coming on the scene alongside names like Muhammed Danjuma, Yibo koko, Alarm Blow.

Alibaba has successfully remained relevant in the industry drawing consistency, originality, creativity, with dynamism as his strength.  He began his professional career performing at corporate events, appearing on television shows with Patrick Doyle, Charly Boy and Danladi Bako, and making cameo appearances on radio shows with Bisi Olatilo, Soni Irabor and Mani Onumonmu. He also worked with Dapo Adelegan of DP Lekki Limited as executive assistant in 1991.

In 1993, he registered his company Alibaba Hicuppuray 3rd to enhance the perception of comedians as a profession and a respected way of life. As part of this work, in 1998, he hired billboards on strategic Lagos streets with the message that became known as “Being Funny is Serious Business.”