Governor Dapo Abiodun-led administration in Ogun State has raised over N1 billion in its determination to fight insecurity in the state and beyond.

Disclosing this at a stakeholders’ dinner organised by Ogun State Security Trust Fund Board, the governor added that the South-west states have agreed to set up a joint patrol team to be known as ‘Amotekun’ to ensure adequate security in the region.

The dinner was the board’s first major fund-raising activity since it was inaugurated on August 24 by the Abiodun administration.

The governor, who noted that Ogun State was vulnerable to criminal attacks as a result of its location and proximity to three other states, including Lagos and a neighbouring country, added that the state was also fast becoming an industrial hub with increase in economic and commercial activities. He also mentioned cross-border migration as well as the state harbouring the busiest highway in the country as major attractions to criminality.

Abiodun reiterated the call that all stakeholders should be involved in security issues, explaining that the procurement of 100 patrol vehicles and 200 motorbikes was a demonstration of his administration’s determination to fight crime and reduce it to the barest minimum. He lamented that security agencies in the state were operating without the needed tools.

“It is shameful that our security agencies do not have a central communication system or equipment within the state, meaning that the commissioner of police cannot discuss security matters at higher level with his counterpart in the military or Department of State Services or even worse still, he cannot speak with his Area commander, Divisional Police Officers of police stations across the state. Their vehicles were not functioning very well. No tracking devices. Even there’s no enough finance. So, we are looking at correcting those anomalies with our security trust fund.

“The vehicles need to be maintained. The officers need to be looked after. To these, we have come to you to assist us so that we can ensure that not only do we have the funding, but that this is also sustained,” Abiodun said.

The governor reiterated that his administration has put in place initiatives to stimulate local economy and empower the youths to be useful to themselves and the society, maintaining that there was a nexus between economic development, unemployment, illiteracy and insecurity.

While pleading with the corporate bodies and other stakeholders to join hands with government in addressing challenges poise by insecurity, the governor said security matters should be the responsibility of all, as government could not do it alone.

He assured investors that fund realised through the security trust fund would be judiciously used, saying the board has “people with integrity and a name to protect.”

He disclosed that the state government would soon start a resident registration exercise, which is aimed at having a proper laid down plan for the provision of necessary amenities for the people of the state.

The registration exercise, he said, was important as it would help the state government have a database of its residents and help in providing the necessary amenities for the use of the people of the state.

Abiodun said the decision to launch ‘Amotekun’ by the six South-west states was meant to ensure the security of the entire region.

According to him, each state in the region is to donate 20 patrol vehicles and communication equipment for the take-off of the joint security patrol team, adding that the states are also to provide personnel for the task force to operate effectively.

He said: “In conjunction with the Development Agenda for Western Nigeria (DAWN) Commission, the six South-west states have agreed to set up a joint patrol team that will be called ‘Amotekun.’”

“Each of the state is required to donate at least 20 patrol vehicles, communication equipment and personnel to the task force. The personnel will be gotten from the Police, Army, Vigilante and Hunters.”

Also speaking at the event, the Chairman of the Fund, Mr. Bolaji Balogun, said the Trust Fund, established in 2011 and amended in 2019, was saddled with the responsibility of among other things, managing, procuring and maintaining security equipment, promote efficiency of all security agencies and manage resources in a transparent and accountable manner for the purpose of public security.

Balogun added that the board would avail stakeholders an opportunity to have quarterly reports of programmes, saying the board would open its books for auditing to show that the members were truly ready to serve in the interest of all.

He said to attract the right investment and business to the state, it was imperative to secure the environment, adding that members were carefully chosen from the private sector to raise and utilise fund to provide security services with necessary tool, assuring that money realised would not go into the state purse.

Secretary of the Fund, Mr. Opeyemi Agbaje, who also spoke at the occasion, said the amended Law has de-politicised the governance of the Fund, as the Board is now a private sector-driven, with a mission to make the Gateway State the most secure and prosperous in the country.

The state Commissioner of Police, represented by the Deputy Commissioner of Police in charge of State Investigation Bureau (SIB), Mr. Wale Abbass, regretted that the state, which was one of the most peaceful, was gradually losing its status, even as he urged all stakeholders to partner with government to reduce crime rate in the state.

A member of the Trust Fund and Special Assistant to the Governor on Security, Assistant Inspector General of Police Olusola Subair (rtd), said his office would seek the assistance of partners from the International Police (INTERPOL) and deploy technology in tackling insecurity, calling for cooperation of all stakeholders to achieve the objectives.

Major donors at the event included the Dangote Group, all the major banks in the country and their Chief Executive Officers, Leadway Assurance, Great Nigeria Assurance Limited, the ARM Group, Shagamites Club of Sagamu and Chapelhill Denham Ltd. 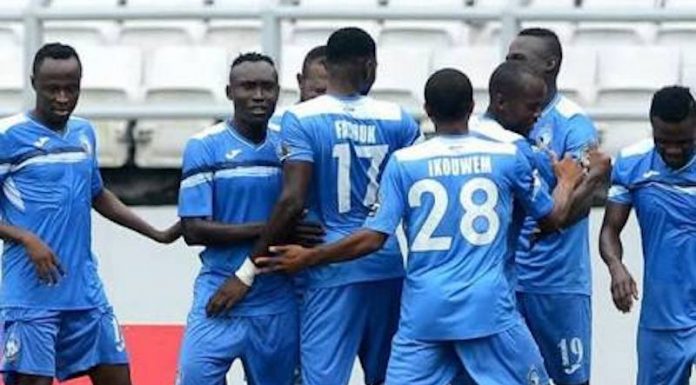