The Peoples Democratic Party (PDP) Sunday evening said that  the All Progressives Congress (APC)’s unwarranted invective on former President Goodluck Jonathan was misdirected as it best suits President Muhammadu Buhari and the APC administration, which has gone down as the most incompetent and most corrupt in the history of our nation.

The party in a statement signed by its National Publicity Secretary,  Kola Ologbondiyan said that  the distortions and groundless attack on President Jonathan is a desperate tactics by the APC and the Buhari Presidency to divert public attention from the recent shocking corruption and fraud revelations in which close relatives and confidants of Mr. President are mentioned.

PDP said that it has been made aware of how the Presidency has been in a frenzy to suppress investigations and deflect public enquiries from the arrest of President Buhari’s man friday and known confidant who was  deported from the United Kingdom for alleged international passport scam and money laundering, explaining that as it knows that an inquest will further expose the huge rot in the Buhari Presidency.

According to PDP,  “Our party has equally been made aware of how the APC and the Buhari Presidency have been desperate to divert public attention from the administration’s obnoxious decision to further oppress Nigerians by reintroducing tollgates on our highway, increasing Value Added Tax (VAT), electricity bill and other tariffs as well as their despicable plot to sack government workers.

“The PDP charges the APC and the Buhari Presidency to perish the idea of thinking that this unnecessary distortions on the Jonathan administration would bury the demand for an inquest into the Danu racket through which billions of naira meant for the wellbeing of Nigerians are allegedly being diverted to private purses”, the statement said. .

The PDP invites Nigerians to note how the APC had remained silent since revelations that its key leaders and the cabal at the Presidency are involved in the stealing of over N14 trillion meant for the wellbeing of Nigerians.

Furthermore, Ologbondiyan said that in trying to tar the PDP, the APC forgets that it is already common knowledge that all the bad eggs that brought a bad name to the PDP have since left it folds to the APC where their National Chairman, Adams Oshiomhole, who also has a huge corruption allegation on his neck, admitted that the party is a haven for corrupt persons.

More over, PDP said, the fact that President Buhari can only surround himself with persons openly indicted for corruption, as ministers and advisers, speaks volume of the administration’s posturing on corruption.

The PDP therefore charged the APC not to think that it can cover its mess by trying to make unfounded allegations against President Goodluck Jonathan and the PDP as Nigerians can now see through their shenanigans. 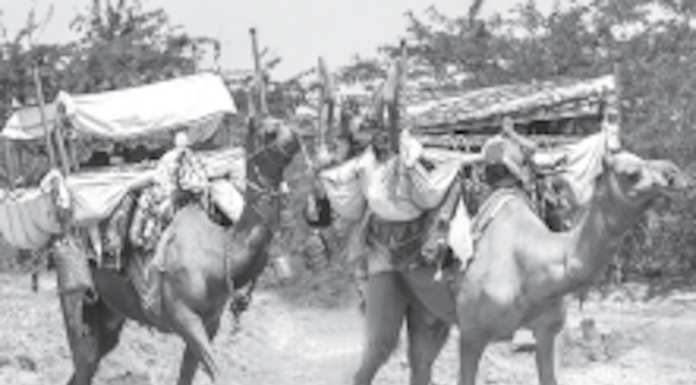