But Utomi, founder of Centre for Values in Leadership, endorsed the plan of the federal government to bring tollgates at federal highways nationwide, saying tolls could be ‘specific use’ taxes with accountability system built in.

However, the Centre for Anti-Corruption and Open Leadership (CACOL), an anti-corruption organisation, disagreed with Utomi’s , as it rejected the plan to reintroduce tollgates to bridge funding gaps for road repairs.

Utomi gave the warning yesterday while responding to THISDAY inquiries on the reintroduction of tollgates on federal highways, saying with more taxes, the federal government might end up discouraging investments and shooting itself in the foot.
Compelled by looming fiscal crisis that threatened the funding of the 2019 capital expenditures, the federal government had proposed to increase value added tax (VAT) to 7.5 percent and telecom tax to 9 percent.

After the Federal Executive Council meeting last week, the Minister of Works and Housing, Mr. Babatunde Fashola (SAN) unveiled the plan of the federal government to bring back tollgates of all federal highways 16 years after the administration of former President Olusegun Obasanjo dismantled them.

Analysing the implication of this aggressive revenue generation drive yesterday, Utomi explained the need for the federal government to consider the relationship between tax and investment before increasing or introducing more taxes

The political economist cited Ghana’s approach to building her economy, noting that the West African country had started reviewing taxes downward in order to encourage her citizens to save more and investors to bring more funds.

On this note, he observed that the Nigeria’s biggest challenge “is production. Our economy does not produce, and the biggest link is investment.

“If at the time you need massive resources to put into the economy and begin to tax everything, the federal government may actually end up discouraging investments and end up shooting itself in the foot. “We have an economic outlook today that focuses mainly on sharing. The governments share revenues and get more revenues. There is quarrel about FAAC accounts and all of that, everything is about sharing, sharing and sharing.”

He decried the habits of bureaucrats and political leaders to public funds, noting that bureaucracy “is out of control. Politicians are out of total control the way they spend public funds if you look at their habits, their flying habits.

“All of these things are irresponsible as far as I am concerned. In this kind of context, we need to be careful about revenues. Another point I will raise is about the idea to use international ratio of taxation to GDP,” he explained.
He, also, cited the example of the United States, saying the only thing an American “does with his money is to pay his taxes. What you do not get is very important, no hand can take it.”
On the plan to bring back tollgates, Utomi explained that when the Obasanjo administration began to demolish the tollgates, he thought the decision was unwise.

He said: “Part of my comments then indicated that tolls could be ‘specific use’ taxes and could be easier to have an accountability system built in. The tollgates should not have gone in the first place.

“I was talking about the need to bear in mind culture taxes like extended family obligations and community commitments in computing the incidence of taxation when you do international ratios of tax to GDP.”

He, also, shared his experience in 1982 when he made commentary on the country’s taxation, saying his argument was the fact that we did not pay taxes as people took away our ability to hold government accountable.

In his analysis then, the political economist claimed that he explained how the federal government was comfortable, taking oil money and doing whatever it was pleased with it, which according to him, was the disconnect.

He said: “I then pointed out the need to bear in mind a lot of issues facing taxation. This includes the issues of vertical and horizontal equity. Incidentally, that led the then vice president to see me. And one thing led to another.
“I believe there is certainly new obsession with tax in Nigeria. I think government is far less accountable today. There is need for people to ask questions.

“People must ask what the government is doing with their taxes. They must hold government properly accountable for the use of tax resources.”
In a statement yesterday, CACOL’s Executive Chairman, Mr. Debo Adeniran recollected what Obasanjo’s administration said when the tollgates were scrapped nationwide late in 2003 and implemented on January 2004.

Adeniran recalled that the Obasanjo administration scrapped the tollgates on the ground that tollgates had not only outlived their usefulness and constituted inconvenience to motorists, but also encouraged corruption.

“We therefore wonder how much of additional tax payers’ funds that ordinarily should be used in easing their current socioeconomic problems, especially their suffering of travelling by those roads that were in dilapidated state for long by giving them free fuel vouchers for their endurance, rather than further extorting them.

“The fact of the matter is that tolling means second or third taxation on the citizens as the roads are being repaired and rehabilitated from the pool of tax already contributed by same citizens, one way or the other while the rate payable on VAT on all goods and services in the country has only of recent, been proposed for an increase from five percent to 7.5 percent.

“What this clearly shows in today’s Nigeria is the fact that, ‘the beautiful ones are yet to be born’ as far as leadership that addresses the suffering and frustration of majority Nigerians is concerned. But some of us within the civil society circle are not altogether surprised by the process that gave birth to an outcome of this debilitating and anti-poor policy being vigorously pursued by a known hater of the poor and a pseudo-capitalist!

“In retrospect, here is a Minister of Works, who for four years superintended over the degeneration and degradation of the roads and was only waiting for the right opportunity to impose more hardship on the people like he did when presided over the affairs of Lagos state.

“Instead of him to upgrade and expand the existing infrastructure in Lagos to accommodate the mega population that conferred the status of megacity on that state, he started to implement policies and programmes that would easily frustrate the poor out of the state.

“Now that we ought to persuade Nigerians that had either been frustrated out of the country or made to commit suicide or taken to criminality to have a rethink and join in the task of positively rebuilding the country, it is when the Minister of Works wants to compound their woes.” 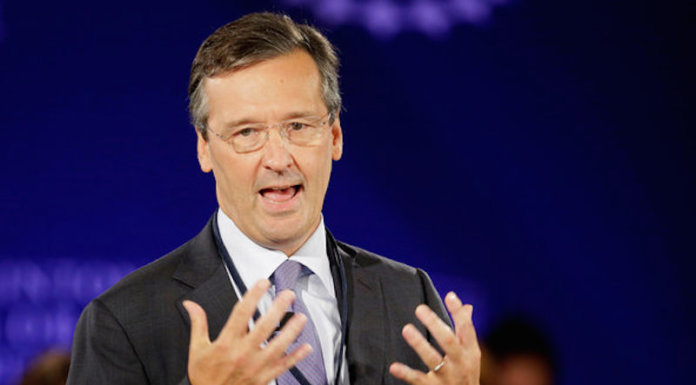