With renewed efforts by the Central Bank of Nigeria to ensure banks administer cheaper credit and improved lending to the key sectors of the economy, there are expectations that it won’t be long that the measure will have positive impact  on the economy, writes James Emejo

One of the major constraints to the country’s economic development, especially the growth of the real sector, apart from infrastructure, had been the lack of adequate credit flow from deposit money banks (DMBs) as well as the high cost of borrowing.

It could be argued in part, that the difficulty in providing affordable credit to the private sector particularly the SMEs, which are catalysts to growth,  had been responsible for the seeming lack of significant traction in government’s economic diversification agenda, especially in the area of industrialisation.

All efforts by the CBN to encourage the financial institutions to advance credit to the private sector had yielded minimal results in recent times.

The banks had over time had a preference for lending to sectors with high prospects for profit-making particularly oil and gas and treasury bills and bonds.

The situation was compounded by the global financial crisis which negatively affected the price of oil sales, leading to a historic rise in banks’ non performing loans (NPLs) portfolios. The development further eroded their shareholders funds among others.

Since then, banks reluctance to lend to the private sector, especially vulnerable sectors including agriculture and SMEs  had increased.

Nevertheless, the CBN Governor, Mr.  Godwin Emefiele, believes the financial institutions owe the country a statutory duty to stimulate the economy through the provision of credit to economic agents.

Also, access to credit is particularly key to the successes of the apex bank’s intervention efforts in major sectors of the economy.

Recently, the CBN had reeled out several incentives including relaxing of cash reserve requirements (CRR) and limiting banks’ exposure to security instruments- in a bid to improve lending to businesses- but the DMBs have refused the bait.

However,  in a move which appeared to have finally turned the tables, the apex bank recently moved  to address the banks’ frequent concerns over possible accumulation of bad loans through further lending to sectors adjudged as risky.

To this effect, the CBN had granted approval for commercial banks to directly debit bank accounts belonging to loan defaulters across all banks in the country- a development which has been made possible by the introduction of biometric verification number (BVN) technology.

This had been the position which the banks had been canvassing in recent times as a condition for lending to the real economy.

The banks actually believe that most cases of loan defaults were associated with the character of borrowers as some of them just deliberately refuse to pay back loans.

But prior to the eventual approval, the apex bank, in a move which appeared to have further broken the camel’s back, had directed the banks  to maintain a 60 per cent loan to deposit ratio (LDR) by September 30.

The CBN subsequently deducted the sum of N499,175,535,097 from the accounts of 12 banks for their failure to meet the September 30 deadline, a development which it  later explained that didn’t amount to fines or levies, stating that the deductions will subsequently be refunded to them once the LDR requirement was met.

Meanwhile, the apex bank had further increased the LDR to 65 per cent and urged the banks to comply by December.

In effect, credit to the private sector is expected to further grow by the end of the year.

Both initiatives by the apex bank- the LDR and direct deduction from loan defaulters’ accounts,  have been commended by stakeholders.

The Bankers’ Committee last week  expressed support for the CBN initiatives to improve credit flow to key sectors of the economy, particularly through the LDR.

The bankers agreed that the apex bank’s directive was in the overall interest of the economy as it would further encourage lending by commercial banks as well as boost aggregate demand.

Speaking after the regular meetings of the committee in Abuja, the Managing Director/Chief Executive, Zenith Bank Plc, Mr. Ebenezer Onyeagwu, alongside other chief executive of banks, said the banking industry was in agreement with the CBN particularly on the LDR, which will boost growth of credit in the system.

When however asked why the banks  had to waited this long and eventually compelled by the CBN to lend that much to the real economy, the Zenith bank boss said the kind of incentives presented today had never existed to woo the banking industry.

According to him, the incentives in the market now had not been there. There are a lot more incentives for us to create loan and one of them is the initiative to include the fact that using the capability of the BVN.

“A delinquent or defaulting borrower can be traced within the system and where he has funds in other banks and he’s keeping a loan delinquent in another bank, it can be recouped because the biggest challenge we have in creating loan is character.”

Also,  commenting on the development, economist/former Director General of the Abuja Chamber of Commerce and Industry (ACCI), Dr. Chijioke Ekechukwu, said the CBN initiative on debt recovery was plausible.

He told THISDAY:”This CBN policy on debt recovery is a welcome development and has potential to sanitise the financial system and make borrowers more responsible, more prudent and disciplined.

“It also gives deposit money banks some confidence and assurances that their monies will be repaid when given out as loan.”

Ekechukwu, however warned that, “There may be many cases of litigations however, arising from abuses and mismanagement of this policy by banks.”

Sogunle, had further conveyed the determination of bankers to also meet the new 65 per cent LDR requirement by December, adding that the directive by the CBN remained a milestone and positive for the economy, stressing that the industry was ready to comply.

He said as a result of the latest intervention by the CBN, customers could now borrow more from banks at cheaper interest rate than it was few years ago.

Dawodu, on his part, also attested to the significant improvement in the credit risk environment, adding that this will further protect banks’ balance sheets as well as encourage more lending to the real sector.

Also, at the committee’s meeting, CBN Director, Banking Supervision Department, Mr. Ahmad Abdullahi, also said the industry was satisfied with the increase of credit flow to key sectors of the economy as a result of the LDR policy as well as improvements in remittances into the economy.

The Stanbic/IBTC boss had further assured that the economy will soon begin to feel the impact of the latest initiatives.

On her part, Faloye said the industry was also mindful that it needed to extend lending to vulnerable sectors of the economy adding that the clause in the loan agreement that now empowers the banks to access defaulters’ other accounts will be triggered going forward.

But, all said and done, Nigerians await to see how much impact these new developments will have on key economic data,  especially output growth amidst a myriad of other challenges including taxation, high borrowing costs, power among others. 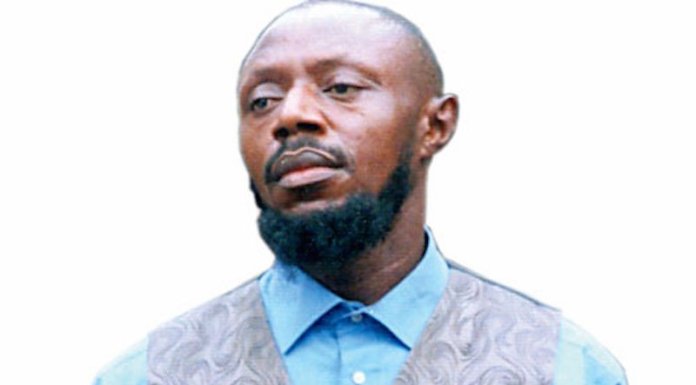