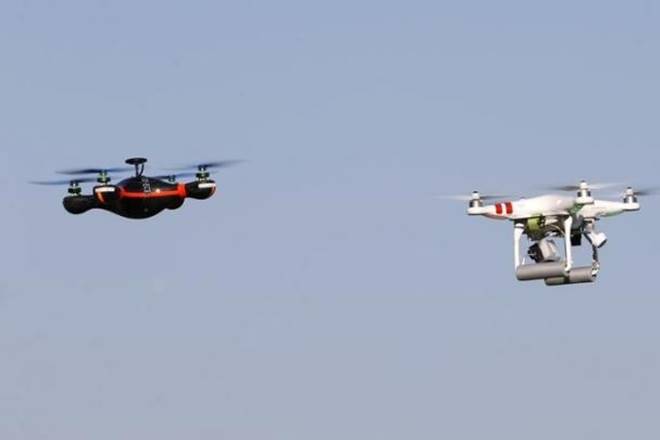 The Enugu State Executive Council yesterday in its maiden meeting gave approval for the purchase of 18 automated drones for air surveillance within and outside the state for effective security management.

The council meeting which was chaired by Governor Ifeanyi Ugwuanyi, according to the Commissioner for Information, Nnanyelugo Chidi Aroh, also approved the immediate construction of three pedestrian bridges in Enugu urban to be located at Ogbete Main Market, Enugu, by Holy Ghost Cathedral, Garki Awkunanaw and Mayor Bus-stop by Agbani Road.

The council also approved the overlay of major roads in Enugu city, which were constructed by past administrations, as soon as the rains stop as a lasting measure to take care of potholes created during the rainy season.

Explaining further on the above, Aroh, who briefed newsmen alongside the Commissioner for Works and Infrastructure, Mr. Greg Nnaji, said that the planned overlay of the roads was in addition to the ongoing repairs of identified potholes in Enugu urban and intercity roads. He added that this was to ensure that the major roads across Enugu city were sustained.

On security, the Information Commissioner further disclosed that the council ratified the earlier approval given by the last State Executive Council on May 28, 2019, approving the purchase of one hundred (100) Innoson Hilux vans to enhance the capabilities of the security agencies in the state. Aroh also stated that 260 vehicles as well as motorcycles and bicycles were to be handed over to Forest Guards, Neighborhood Watch groups, among others, for community policing.

Aroh, who noted that the security vehicles had been supplied, revealed that communication gadgets and other security facilities were being installed on the vehicles to ensure maximum effectiveness.

He added that the choice of indigenous manufactured vehicles from Innoson Motors demonstrated the state government’s commitment to encourage local industries, create jobs for teeming youths and protect local investments.

According to the commissioner, “we have extracted commitment from Innoson Group to establish a service centre in Enugu, consequent upon this purchase. This service centre is going to provide part of the technical services for the maintenance of these vehicles, in addition to a one-year maintenance guarantee that was given to the state government by Innoson Motors in line with our purchase agreement”.

Aroh said that the state government had completed the recruitment and training of 1,700 Forest Guards, representing 100 personnel from each local government area. He added that their salaries and emoluments including other local security groups were deliberated and approved for them “to move into the field immediately to ensure proper security of lives and property of the people.”

He stated that the council, following the request made by the governor, approved an increase in the allowance payable to members of the Neighborhood Watch groups “to boost their morale.”