Chinedu Eze writes that as Nigeria turns 59, even though the aviation industry has recorded some progress, experts posit that the sector is not where it ought to be.

Before Independence, Nigeria along with some West African countries had one national carrier, the West Africa Airways Corporation (WAAC), which started in 1946 and went under in 1958, when the Nigeria Airways Limited was established.

The deregulation of the airline sub-sector by the federal government in 1988 gave vent to privately owned commercial airlines, which competed with Nigeria Airways till 2004 when the later was liquidated.

While there is a high record of airport infrastructure, especially in the 1970s and 1980s, many industry experts argue that Nigeria has continued to witness retrogression in the area of airport facilities.

At the same time, many industry observers have commended government for strengthening the regulatory agency, the Nigeria Civil Aviation Authority (NCAA), which has ensured that in the past six years Nigeria has not witnessed any accident involving commercial airliner. This they said was worth commending, recalling the tragic air crashes of the past.

Aviation Development and Regulation
But many Nigerians concerned about the aviation sector believe that a huge opportunity had been missed, from the failure of the country to be a hub in West Africa because of its advantageous location, the high passenger traffic, which is the highest in the sub-region and the skilled manpower available or could be deployed at short notice.

They also regretted that despite the nation’s huge opportunities, the country is not able to have major aircraft maintenance hangar, a major airline that could dominate at least West Africa and an industry that ought to contribute significantly to the Growth Domestic Product (GDP).

With the fact that Nigeria is oil and gas producer, many industry observers said they had expected that Nigerian airports could sell aviation fuel at a relatively cheaper price to attract international carriers, flying through the country or around the country to come into the major airports to tanker fuel. That could generate more revenue for the airports and also for the marketers as well as enhance Nigeria to become a hub.
THISDAY spoke to the President and CEO of Top Brass Aviation Limited, Captain Roland Iyayi, who x-rayed the aviation industry and dwelt on the current travails of the sector.

In fact, Iyayi who was a former Managing Director of the Nigerian Airspace Management Agency (NAMA) said that there was really nothing very good to say about the current aviation industry in Nigeria. He said the major retrogressive factor in the industry is its political leadership, which according to him, is not bordered about how to move the industry forward.

“The political leadership in the sector is surrounded by incompetent people. The leadership has the opportunity more than anybody else that had occupied that position in recent times, the opportunity to write his name in gold by transforming the sector, but this was squandered.
“Now, there is political aspiration in the next dispensation and there is no time for him to bring the needed change within the short time left for him to preside over the industry. It might sound harsh, but nothing significant has been achieved under the current leadership so far,” Iyayi said.

He noted that most of the time, it was the airlines that were being accused of not doing well, but the people who make the policies and implement the policies merely delude themselves because they have the power to make the change that would transform the sector.

“Basically the situation is disappointing because where we should be is not where we are. The Minister of Aviation, Senator Hadi Sirika ought to take advantage of the low hanging fruits around him to make a mark in the industry,” Iyayi said.

On the decaying airport infrastructure, the former Managing Director of NAMA said the Managing Director of the Federal Airports Authority of Nigeria (FAAN), Captain Rabiu Yadudu, was collaborating with the Airline Operators of Nigeria (AON) on how to improve airport facilities and passenger facilitation, noting that this was happening for the first time. He expressed hope that with the right leadership in FAAN, the airports in the country would witness a revamp.

“AON is discussing all issues concerning infrastructure and facilitation with FAAN. In the morning we have 12 flights out of Lagos. At the General Aviation Terminal (GAT), there is only one screening machine, which ought to facilitate about 1000 passengers for two hours.

“This causes delay. About 30 minutes delay will initially build up and this will snowball into hours of delay and will have ripple effect. Passengers will obviously blame the airlines for the delay but they won’t know that the root cause of the delay is the delay in passenger facilitation by airport facilities,” Iyayi said.

Iyayi, however, frowned on the Nigerian Civil Aviation Authority (NCAA) and accused the agency of over regulating the airlines, noting that the two key point agenda of NCAA is to regulate and to create conducive atmosphere for the growth of the industry, but unfortunately the agency concentrates on regulation and has allegedly regulated some airlines out of existence.

“The people at NCAA see themselves as lords. NCAA should regulate and initiate growth of the industry but the only thing they do is regulation and that is why there is no much progress going on in the sector.

“Their emphasis in the last 10 years is regulation. The industry is over regulated and NCAA has regulated some airlines out of existence,” he said.
He noted that sometimes, the NCAA would insist on directives that tend to contradict the instruction of the manufacturer of the aircraft, citing examples with Top Brass Bombardier aircraft that was acquired when it was about four years and the manufacturer recommended c-check maintenance after 60 months, considering the fact that the aircraft was not being used for daily flight operations. But the NCAA despite the directive the aircraft manufacturer, insisted that c-check must be conducted on the aircraft after 18 months, but later conceded that the maintenance should take place after 30 months.

Iyayi, also cited another example with Air Peace Embraer 145 aircraft. According to him, the airline acquired six of them and the manufacturer of the aircraft said that there was no need for c-check on the aircraft but NCAA insisted that the aircraft should be taken out of the country and C-check conducted on them. This led to an impasse that made the aircraft park for almost a year while the airline was losing money.
“How does the airline amortise the investment? Operating window in the country is less that what is obtained in advanced countries. Ours is six hours a day as against 12 hours you obtain elsewhere. This has already cut down profitability by 50 per cent and operating lifespan of the aircraft by 75 per cent.

“So NCAA gradually regulates the airline out of existence. This is what we are complaining about. We have not even talked about fees, charges and taxes,” Iyayi said.

Deficient Facilities
The Chief Operating Officer of Aero Contractors, Captain Ado Sanusi said that in the 1970s and 1980s, there was spur growth of the aviation industry, noting that during these epochs there was massive infrastructural development of airports and other ancillary facilities but over the years these infrastructure has suffered deficiency because of lack of or poor maintenance.

He noted that Nigeria has made progress in the industry but regretted that currently Nigeria does not have a national carrier and no major airline that could compete effectively at the regional level; Nigeria has so far missed becoming a hub.

“We liberalised the industry to create more jobs; we established more airlines but we are yet to have strong airlines with maintenance facilities. So we need to look inwards and take aviation where it ought to be. We have made progress but we are not where we are supposed to be.

“We don’t have national carrier; most of our airlines are struggling. The infrastructure development and maintenance is deficient. The regulator needs to pay more attention to ensure that the airlines survive. Government should find out why the airlines are not doing well. However, I am confident that the new government will put aviation in the front burner,” Sanusi said.

Strong Airlines
Airline operators said for Nigeria to grow strong, indigenous airlines, government must create opportunities for them to maximise the huge passenger market, which presently is exploited by international carriers. The stakeholders argue that every country protects its own indigenous airlines, provides them incentives and also protect their interests.

But on the contrary, Nigerian government gave foreign airlines unlimited opportunity to airlift Nigerian passengers without any kind of partnership with local carriers and government does not have any policy that would encourage foreign airlines to invest in the country, help train Nigerian personnel or even give Nigerians job opportunities in their international operations.
As the country turns 59, the stakeholders urged the Nigerian government to review its policies in the industry to put the sector in a growth trajectory.

Policies
Looking at the future, recently the President of the National Association of Nigeria Travel Agency (NANTA), Bankole Bernard, told THISDAY that the first four years of the Buhari administration was spent on planning and advised that government should implement the resolutions reached after the Minister held strategic meeting with industry stakeholders. Bernard said the implementation would be the headway to moving the industry forward.
“We don’t have policies that support the growth of domestic airlines. There is no policy that supports code-share partnership between foreign airlines that operate into the country and our domestic airlines. But in other countries in Africa and elsewhere, such policies exist and gives domestic airlines the opportunity to benefit from the operations of international flights to those countries,” Bernard said.

Industry observers also noted that government should have planned, programmed policies to respond to the growing aviation market in Africa with the introduction of Single Africa Air Transport Market (SAATM) and also marshal out ways to protect indigenous airlines; instead of leaving their fortunes to be determined by the vagaries of the market. 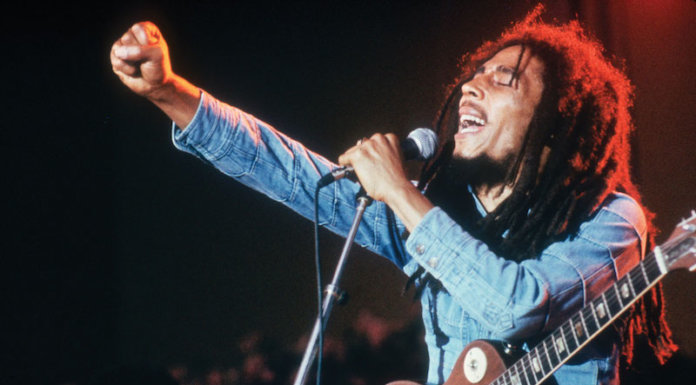