The stunted growth and development plaguing Nigeria today is a direct consequence of weak and ineffective budgeting. This is because good governance and efficient service delivery begin and end with budgeting. Budget is a reflection of the economic policy thrust of governments. Since the beginning of the Fourth Republic, at least, the country is yet to witness a budget whose percentage of implementation or performance is tangibly above average. Budgeting in Nigeria has been reduced to merely an annual ritual, having no meaningful bearing on the economy. The budget template is same, year to year, except for few insignificant content modifications to seemingly update it. Items are randomly duplicated such that fiscal leakage with its attendant economic implications is propagated. Allocations are determined by informal considerations rather than national interest.

Similarly, the larger chunk of the annual budget goes to recurrent expenditure due to over bloated civil service and huge cost of maintaining numerous public officials, including agencies with over-lapping functions, and then coupled with absence of strategic plan for sustainable national development,. Even the relatively little allocation for capital projects is expended largely on vehicles, office equipment and furniture. This obviously accounts for the prevailing magnitude of infrastructural deficit and retarded development in the country. Nigeria is rather contented being a consumer economy. There are reports of alterations on the budget at the level of consideration. The list is inexhaustible.

But instructively and central to all these infractions is lack of diligent supervision of the ministries, departments and agencies. There is no functional mechanism to specifically check the laxity of the bureaucracy and the propensity for extravagance of the political class relative to budgeting.

And with this trend, Nigeria will certainly remain on the path of retrogression where citizens’ expectations for improved standard of living equally remain elusive.

On the contrary, Nigeria can still become a stable and virile economy where every index of good governance obtains. This is attainable only if it recognizes the urgent need for comprehensive and critical review of its budgeting, with a view to inculcating a sense of discipline in all the processes beginning from preparation through defence to implementation. No doubt, execution is key because irrespective of the objectives of a budget, it determines the overall impact on the economy and governance.

Constitutionally, this duty of strengthening budgets for sustainable national development is vested in the legislature. It is the main thrust of its oversight roles. Because this essential task has been serially relegated, it now requires a parliament with the right leadership capacity and political will, predicated on clear-cut and people-oriented agenda, to deliver.

However in all fairness, the 8th National Assembly paid attention to this gap. Both chambers instituted a mandatory week-long joint public hearing sessions on the budgets which availed the Nigerian masses opportunities to make inputs according to critical sectors of interest, before eventual passage. Indeed that was unprecedented and commendable despite the scope.

But the 9th Senate as a corporate strategy, is poised to raise the bar geometrically. With utmost dedication it has embraced the challenge of reinventing the economy through the policy of budgeting exclusively for development. And in this regard, early signs favour possibilities for excellence. Principally, the chamber is defined by commitment to shared vision as well as sagacious and astute leadership. The legislators were highly perceptive in choosing a presiding officer that truly embodies their collective ideals and aspirations.

Buoyed by combination of legislative experience spanning twenty years, including being a strategic member of the 8th Senate, vast intellectual endowments and above all, broad motivation for a regenerated Nigeria, Senator Ahmad Lawan in articulating the 9th Senate Legislative Agenda exuded visionary leadership marked by profound empathy.

He had lamented that “the economy has been growing at two or three percent. Our economy needs to be better than that.” Further in his acceptance speech, he announced that, “in the laws we enact, in the oversight and representations we undertake, the wellbeing of the Nigerian people will always be our priority.”

Variously also, he had expressed conviction that to fulfil these legislative obligations fundamentally towards revamping the economy, the legislature must deploy strictness and pragmatism so as to evolve formidable budgetary practices for sustainable national development. He was roundly emphatic that “the budget 2020 is going to be part of what we want to do differently from the previous sessions of the Senate.”

The priority he accords this goal is such compelling that aside his speech at inauguration, his very first public comment as Senate President was on budgeting. Barely three days after assuming office had he openly admitted that, “this is a crucial thing that worries everyone. Every Nigerian wants to see the National Assembly pass the budget in good time and it’s something both of us in the National Assembly have bought into – that we’ll pass the budget within three months by the grace of God.”

Meanwhile, he had envisioned a senate that, “will pursue an aggressive planning and budget process reform agenda”. And towards this dimension he instantly mobilized to “reposition the senate to carry out its constitutional duties of legislation, oversight and representation in an open and transparent manner; strengthen the internal operations and processes of the committees of the senate towards efficient service delivery;……propose and implement a national planning and annual budget process that fosters collaboration between the executive and legislative arms of government.”

Equally striking in this enthusiasm for a robust budgeting system is his determination to revert to January-December fiscal calendar. Senator Lawan has been consistent about the intention of the National Assembly “to process and pass the budget and send it to Mr. President to sign in December before Christmas”. He is confident that with that, “our budget will go back to that regular cycle, that desirable cycle of January to December and that will enhance the budget performance of this country.”

Speaking at a public event recently, senator Lawan noted that though the 9th senate is extremely passionate about it, definite budget cycles are only achieved through legislation. Hence according to him, “we can reform our budget cycle if there is a law on timeliness for budget passing.” Reinforcing the position, he emphasized that “we have resolved to be reform-minded in the Ninth National Assembly and improving the budget cycle is one area of focus. Our attention will be on the areas where enhancements are needed and we are surely not going to look away from them in the interest of national growth, development and well-being of our people.”

And apparently for expanded public participation, effectiveness and efficiency in budgeting, Lawan instituted some innovations. By this new order “committees shall be required to render sessional reports and reports on oversight visits at plenary for the senate to collectively appraise the challenges committees face in performing their functions. Funding of committee activities such as special investigations, oversight and public hearings will be a priority of the 9th senate. To avoid influence and interference by MDAs, adequate financial provision will be made available to the committees for the execution of their oversight activities”. He added that “before undertaking oversight visitations, reports from government agencies will be reviewed and analyzed.”

Then guided by the profitability of eliciting cooperation from relevant quartres, Ahmad Lawan proactively announced that, “we are going to work collaboratively with the executive arm of government to strengthen our planning and budget linkage that ensures effective service delivery and fulfilment of essential government obligations to the citizens, while taking care of the perennial delays in our annual appropriation bill passage and implementation. This collaboration will be strengthened through improved dialogue between the Senate committees and MDAs.”

Then in ultimately addressing those highlighted fiscal infractions, Lawan canvassed for the “need to match budget projections with fund release if accountability is to be appreciable”. Continuing, he argued that “Proper documentation of financial activities and reduced political interventions in the budgetary process are additionally important steps to follow. We should try to reduce frivolous items on the recurrent expenditure list to increase our disposition to produce, ensure judicious expenditure process and to guarantee value-for-money.”

But despite these positive actions and potentialities, the senate president still recognizes that sequel to certain past experiences, in addition to the effects of present harsh economy, most Nigerians have lost faith in the National Assembly. Chiefly, they have the misconception that the lawmakers are shortchanging the country through their “single-line-item” budget, lacking in details and perhaps providing for humongous pay packages. As such, he dramatized exemplary leadership as well as the corporate commitment of the senate to probity and general democratic principles. He concluded that “to effectively address the crisis of confidence between the Senate and the general public, the 9th Senate shall adopt a transparent and accountable system that offers full disclosure of its budget in terms of personnel costs, operational expenses and other expenditure.”

From the foregoing and by all standards of assessment, this is the height of responsive and progressive leadership.

Except for self-serving reasons or deliberate choice to be indifferent, Senator Ahmad Lawan is very explicit about his passion for a prosperous Nigeria and surely deserves the cooperation of all. He has extensively shown that the senate is deeply concerned about Nigeria’s current economic woes and infrastructural decays occasioned by weak and ineffective budgeting. He has reassured the citizenry and residents alike that their yearnings for better days and improved living standard are attainable. Evidently, a responsive legislature that is alive to its responsibilities is a guarantee for good governance and service delivery. Furthermore and logically, a problem identified is almost-solved, especially in this case, where the issue is not only unraveled but prioritized and receiving the right interventions.

Once again, with these orchestrations for radical budget reforms towards lasting economic recovery and development, Ahmad Lawan has left no one in doubt as to his capacity and preparedness to lead a National Assembly that truly works for the welfare and well-being of the people. 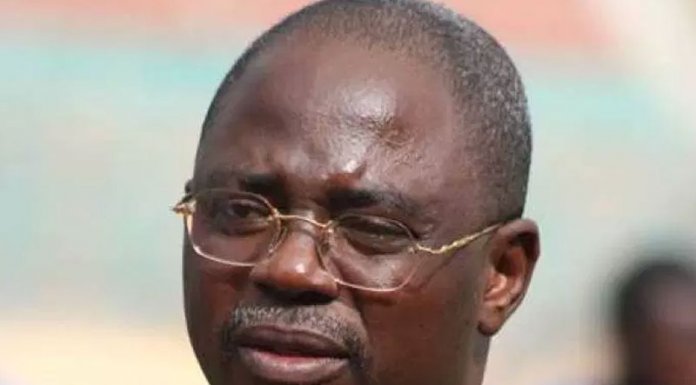