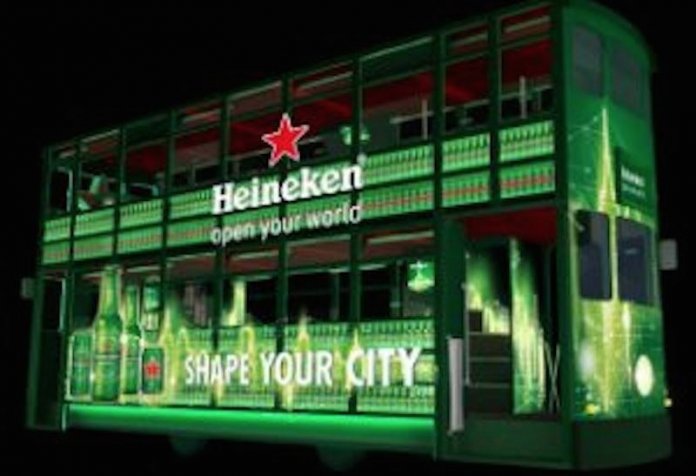 As the country marked her 59th Independence Anniversary yesterday, it was a double celebration for fans who thronged the Heineken House, Ikoyi to enjoy another set of exciting UEFA Champions League football action.

International premium brand, Heineken with its new ‘Better Together’ campaign is keeping true to its promise to give passionate fans and their loyal consumers alike a royal and unique viewing experience all through this Champions League season and beyond.

After the day’s earlier downpour, the Heineken House was a beehive of activities welcoming fans across the different clubs in action as well as neutrals just in for a good time.

While there was a lot to savour in terms of the soccer artistry on display across the different football games for the night, there was also plenty to eat and drink at the Heineken House as it was another carnival-like atmosphere spiced up with the very best of music.

There were also giveaways for fans whose knowledge of Heineken and the round leather game were put to the test.

A cross-section of fans at the Heineken House on Tuesday thanked the unique quality brand for making football viewing experience more enjoyable than ever before.

With a host of the clubs featuring in the group stage parading huge Nigerian followership, all visitors to the Heineken House and consumers alike are in for exciting moments as all the remaining matches all through to the final match will be beamed live.

This season’s final will be the first staged in Turkey since Liverpool’s remarkable 2005 triumph against AC Milan; it is scheduled to hold at the Atatürk Olimpiyat Stadıum in Istanbul.

Every year, Heineken has rewarded Nigerian fans with a once-in-a-lifetime trip to watch the UEFA Champions League finals, live in Europe.

The 21-year-old Dennis – the Club Bruges striker trolled the 13-time European champions for the full 71 minutes he was on the pitch.