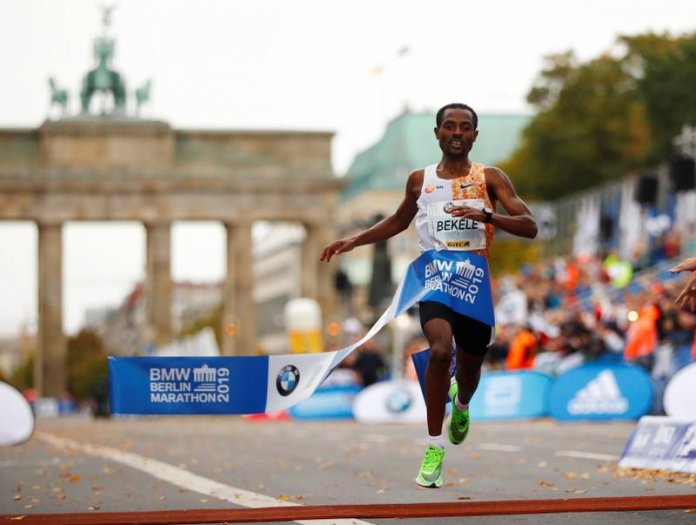 Ethiopia’s Kenenisa Bekele fell two seconds short of the world marathon record as he won in Berlin in two hours one minute 41 seconds.

Bekele’s run is the second fastest marathon in history.

Kipchoge was absent as he prepares for his sub-two-hour marathon attempt in Vienna on 12 October.

Bekele, who set his previous best time 2:03:03 at the 2016 Berlin Marathon, was a second ahead of world-record pace at the halfway point.

He slipped to more than a minute behind after 30km of the 26.2-mile (42km) race, and fell narrowly short of Kipchoge’s time despite a sprint finish.

Birhanu Legese finished second – 1min 7secs behind Bekele in the third fastest time in history – with Sisay Lemma was a further 48 seconds behind to complete an Ethiopian clean sweep.