Hasn’t Xenophobia become the new expression on the lips of many Nigerians, and by extension other Africans? Little wonder the tension in the land has been more in the last few days.

The word, Xenophobia, comes from the Ancient Greek words ξένος (xenos), meaning “strange”, “foreigner”; while φόβος (phobos), meaning “fear”. Hence, Xenophobia can be said to be “the fear or hatred of that which is perceived to be foreign or strange”.

A lot has been said about this trending misconduct, the blame games being played by countries involved, and the need to show innocence or justifications of actions as the case may be. But are we going to allow this evil monster determine our humanity? Nigeria has prided herself for too long on past glories of her “big-brother” role, especially as regards the fight against apartheid in South Africa. Truth be told without being prejudiced, the sacrifices made by the Nigerian state and her citizens cannot be overlooked in a hurry.

The likes of Sonny Okosun, Majek Fashek, Onyeka Onwenu and The Mandators, who used their talent to fight against the apartheid regime cannot be forgotten in a hurry. The sonorous “Fire in Soweto” tune still blares relevantly on the airwaves till today.

First Republic Minister, Mbazulike Amaechi is popular today for his role in housing Nelson Mandela for six months in Nigeria. The same man was responsible for Dr. Barange’s employment as a Senior Lecturer at the University of Ife (now Obafemi Awolowo University). Barange’s father was the lawyer to the South African nationalists at the time.

Nigerian students, artisans and civil servants contributed certain percentages from their earnings to finance the war against apartheid. The government played a very prominent role right from the time of Independence in 1960, when the then Prime Minister, Tafawa Balewa, lobbied for the white dominated apartheid South Africa to be expelled from the Commonwealth in 1961.

While this was on, the prime minister ensured the annual sum of $5m was remitted to the African National Congress (ANC). This continued even after the First Republic. Gen Olusegun Obasanjo’s government joined previous administrations in paying $3.7m into the Southern African Relief Fund (SARF); the general personally contributed $3,000 while members of his cabinet made personal contributions of $1,500. This foreign policy was the noblest at the time.

Among the outstanding gestures by the Nigerian government was the establishment of the National Committee against Apartheid (the only nation worldwide to do this), the refusal to sell oil to the Apartheid-controlled South Africa losing over $41b over the years, giving express passports to Black South Africans whose passports had been seized by the callous regime, accommodating Thabo Mbeki in Nigeria between 1977 and 1984.

It was until the involvement of Nigeria’s National Committee against Apartheid in the 1960s that the needed awareness was created. The ANC until the 1960s was fighting alone. But with the able leadership of Nigeria, other African countries fought against the Apartheid regime. The UK and the US which inadvertently or subtly supported Apartheid began to cringe as South Africa became a world issue.

This is the prominent role Nigeria played. But where did we miss it? Decadence overtime has robbed us of our enviable role among the comity of nations. The corruption that has subtly crept into our core and existence has now become a monstrous and systemic bane. This has deprived us of the relevance we once had.

Today, our youths have been prevented from having quality education. They are left to become a nuisance in the society. And that is why we experience what we see today; a situation where they took to “reprisal attacks”, yet looting shops and businesses owned by Nigerians, inflicting pains on their own people. In their ignorance, they do not know that all the South African companies here in Nigeria have a 51% Nigerian ownership. They are of course bereft of the fact that majority of the employees in these companies are their fellow countrymen and women. But do they know these things? Can we really blame them? This is what foolishness of a generation that is largely unemployed can cause.

I am sure they do not also understand that it is the insurance companies in Nigeria (not South Africa) that will pay the costs of the looting and destruction. Our brothers and sisters in South Africa, whose businesses and livelihood have been destroyed were left for dead. The South African government has unequivocally stated that they are not paying any compensation. But do our uneducated and unemployed youths know this? They are only concerned with “reprisal attacks” that will lead to quick avarice for their present want.

Are our youths aware that whereas the xenophobic attacks were going on in South Africa with the Police looking away, ours (the Police) killed a Nigerian here in Nigeria who was caught up in the so-called reprisal attacks?

The time is now for the government to attain the enviable “big brother” role in Africa again. This won’t happen overnight as we have progressively gone down the doldrums over the years.

Some 178 Nigerians returned to Nigeria from South Africa recently. The reason most of them left in the first place was to look for greener pastures. The government should take a cue from these latest developments to build Nigeria up again. The educational sector, the economy, security, infrastructural development, the health sector, should be overhauled. We have all it takes to be a great nation. God has so blessed this nation with everything, we should be the cynosure of all eyes.

Once there is a steady and progressive improvement in all these, Nigeria will become attractive beyond words, and the lost glory of yesteryears would gradually return.

Commendation however, should be given to President Muhammadu Buhari for his painstaking approach in addressing this sensitive issue. If he as the head acts in a reactionary manner, diplomacy will definitely breakdown completely. Winston Churchill said “it is better to jaw-jaw than to war-war”. Remember how Abraham in the Bible dealt with Lot his nephew, when their herdsmen clashed at intervals.

However, the Nigerian government must be assertive in not condoning the unending belligerence on immigrants in South Africa. Much blame really can’t be shifted to South Africa as they have always been known to be boisterous. Nelson Mandela was just one of a kind, who Robert Mugabe once described as “too saintly” to have forgiven the whites. Unfortunately, the South Africans never learnt from this man’s spirit of forgiveness and tolerance. We cannot treat them as a Pariah nation as many have advocated.

Governments of both countries should endeavour to strengthen their diplomatic ties, yet without condoning the irresponsibility of South African violent citizens.

Olaseinde is a photographer and copy editor based in Lagos 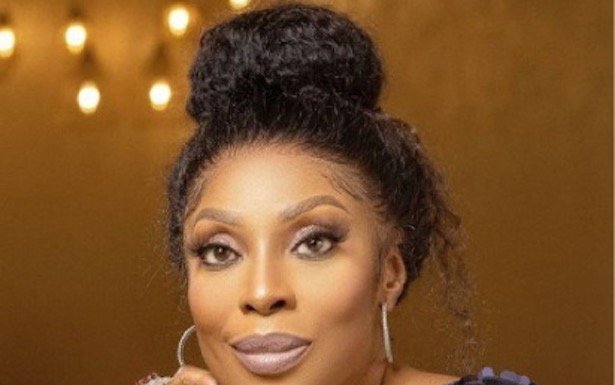