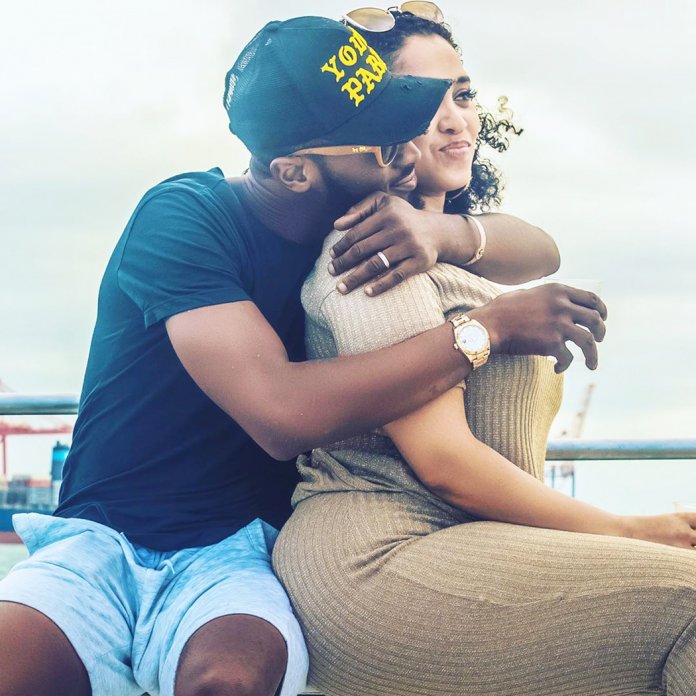 It is indeed good news for superstar singer, D’banj, real name Oladapo Oyebanji and his wife, Lineo Didi Kilgrow as they take pleasure in the birth of their new baby. The child will expectedly bring joy and happiness to the family and serve as succor for the son they lost tragically last year. Two days after welcoming another son with his wife, Dbanj expressed his gratitude and appreciation for life. The Koko Master took to Instagram to write, ‘so grateful and speechless right now. In fact, every show, appearance or concert I do from now on, is going to be a celebration of life’.

The Nigerian entertainer had welcomed a son with his wife, Lineo Didi Kilgrow in the United States of America barely a month after revealing that he was expecting a child. Recall that in August 2019 during an interview in London, D’banj announced that he was expecting another son, when asked about how he coped with the difficulty of losing a child.

The energetic performer who was in London for his Koko Concert had revealed the cheering news in an interview with OAP Shopsy of Beat FM London. “I am going to be a father in a few months after praying for restoration after the sad incident. And we are expecting a boy,” the singer had revealed.

Lineo Didi Kilgrow gave birth to a bouncing baby boy in United States of America on September 19, 2019. News of the birth triggered excitement on social media as report of the baby’s arrival filtered online. This news has come a year after D’banj and Didi lost their first child, Daniel Oyebanjo III. Fans and followers of  the music star took to  social media to congratulate him and his wife for this bundle of joy and blessing God bestowed on his family.

Two  months  after the incident, the artiste dedicated a song to his wife. D’banj  also said that he never thought he would ever lose a child and that the sad incident really broke him. During the interview, the Nigerian superstar singer thanked everyone that supported him and his wife throughout the trying time. He said, “First, I want to thank everyone out there who has supported us, but the truth is in everything we do we need to give thanks to God and more importantly, I believe there is God that granted me the grace and mercy over my family and my wife to be able to be here today. It’s not something you wish for your worst enemy. To lose a child is not something you think about, and I have never thought about it before.” He also revealed that he only attended therapy once with his wife but stopped going after it “brought up a lot.

“If I told you I thought about it, unlike other things you asked me and I told you I am focused and I go in, this was one that broke me. It was just that it just took the grace of God and a bit of therapy. I think I went for therapy once and I said this no be my style because it was bringing out so many things.”

The singer also expressed delight that he had been able to channel the pains into creating god music for his fans. “I am happy that over time I have been able to channel that into my music, which is more important for me. You haven’t heard any of them yet but very soon…because the most important thing that I believe, and pray for, is restoration. I know that no matter how many times I tell my wife that everything is okay, God has to give us restoration.”

The former Mo’Hits Record co-owner had also hinted on having a two-part series album. He said one part of the album will address the challenges he faced when he lost his son, while the other part is his “every day” rhythm.

The singer recently made his Nollywod debut in Jade Osiberu’s film titled ‘Sugar Rush’ which will hit the cinemas in December. D’banj who was scheduled to release a new body of work this week has moved the release date forward and will announce the birth of his son in a few days.

D’banj combines Afrobeat and Afropop to bring his music to life and into the 21st century with breathless enthusiasm as well as a good dose of humour.

His songs are based on his life, often hilarious but with a deeper meaning which documents the struggle of a young Nigerian trying to achieve his dreams. He performs in

Yoruba, English and Pidgin English. D’banj’s debut album, No Long Thing, was released in 2005. It yielded several singles with Tongolo as the lead single. This proved to be his breakthrough single and a hit. It also provided his “Koko Master” persona, with the term, koko, taking on a variety of meanings.