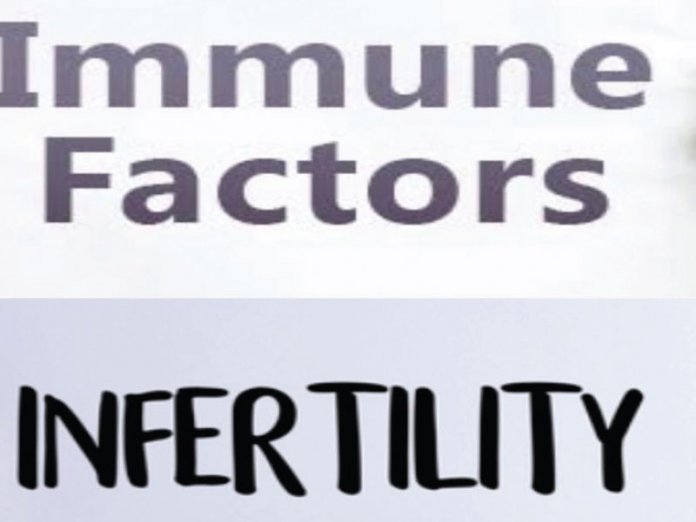 The Immune system serves as a defense mechanism for the body. It protects the body against bacteria, virus, parasites and other harmful microorganisms through the production of antibodies that recognize and attack these microorganisms. When the immune system sense the presence of any antigen (that is foreign substance) it starts up an immune response which automatically attacks the antigen with the help of the antibodies produced and also identifies self and non-self by detecting proteins present on the surface of all cells.This also involves an arranged set of interactions among host cells with the purpose of preventing dangerous incursion and also restoring homeostasis.The immune system does not only defend against external challenging antigens but also the possibilities of internal attack from tumor cells and sometimes auto aggressive attack from its own defensive forces and this is known as autoimmunity. For every individual, the immune system varies but, it becomes stronger during adulthood, as we have been exposed to more pathogens and developed better immunity. This is the main reason children fall sick than adults. Once an antibody has been produced previously, a copy is retained in the body so that if the same antigen comes in again, it can be dealt with quickly. An example of this is chicken pox, once you have had chicken pox before, the body stores the antibody, and then the next time this chicken pox antigen arrives, the antibody fights it immediately and this is called Immunity.

The immune system consists of different types of cells,organs, proteins and tissues. The major proteins of the immune system are majorly signaling proteins (often called cytokines), antibodies, and complement protein. The cells include white blood cells also known as leukocytes. They circulate in the blood vessels and lymphatic vessels that are parallel in the veins and arteries. They are usually on constant parade to get a target and then they send a signal out to other cell types to do the same. The white blood cells are stored in various places in the body and they are called lymphoid organs and these organs includes:

• Thymus; a gland between the lungs and below the neck.

• Spleen; an organ that filters the blood. It is located in the upper left of the abdomen.

• Bone marrow; it is found at the center of the bones, it also produces red blood cells.

• Lymph nodes; small glands positioned throughout the body and linked by lymphatic vessels.

There are two major types of leukocytes namely;

✓ Phagocytes: these cells surround, absorb, breakdown pathogens effectively eating them. There are different types which include neutrophils, monocytes, macrophages and mast cells.

The Role of B lymphocytes in the immune system is to spot the antigen, then begin to secrete antibodies to fight. Each B cell usually makes one specific antibody for a specific antigen. Antibodies lock onto the antigen, but do not kill it; they only mark it for death. The killing is the done by other cells, such as phagocytes.They are also part of a large family of chemicals called immunoglobulin which play different roles in the immune response:

• Immunoglobulin G (IgG): figures out microbes so other cells can recognize and fight them.

• IgA: congregates in fluids, like tears and saliva, and thus protects gateways into the body.

• IgD: usually bounded to B lymphocytes thus helping them to start the immune response.

There are different types of T lymphocytes and these include;

• Helper T cells (Th cells): they are to coordinate the immune response. Some communicate with other cells, and some also stimulate B cells to produce more antibodies. Others usually attract more T cells or cell-eating phagocytes.

The types of Immunity include:

At birth, we all have some level of immunity to foreign bodies. The human immune system has been structured in a way to fight antigens or foreign bodies from day one.  This immunity type includes the external barriers of the body which serves as the first line of defense against pathogens. For example, skin, mucous membrane of the throat and gut. This type of immunity response is general and not specific.

Adaptive immunity is the type of protection we develop as we go through life. When we are exposed to diseases or we get vaccinated, a library of antibodies is built, which will help the immune system to remember previous enemies and this is called immunological memory.

Passive immunity is a type of immunity that is gotten from another source. Usually, it does not last for a long time. An example of this is when a baby gets antibodies from the mother through the placenta before birth and in breast milk following birth, this passive immunity automatically protects the baby from infections during the early years of life.