In words and body language, President Muhammadu Buhari has not hidden his love for Vice President Yemi Osinbajo. At various fora, the President is quick to refer to Osinbajo’s loyalty, genuine faith in Jesus Christ and commitment to the service of the nation.
However, with the recent development in the presidency, rumours are going round that the Vice President may be used and dumped. While some observers are of the opinion that the President must have applied his military training to discretely distance himself from the Vice President, but pundits who are close to Aso Rock insist that the development should not be linked to Buhari, but the influential cabal in the presidency.

The suspected disaffection between Buhari and Osinbajo became noticeable after the inauguration. It became more pronounced after President Buhari named his ministers and it was discovered that neither Osinbajo nor former Governor of Lagos State and All Progressives Congress (APC) National Leader, Bola Tinubu, had little or no input in forming the new cabinet. Then came the announcement of the Ministry of Humanitarian Affairs, Disaster Management and Social Development, which though new but considered necessary. The ministry is conceived to provide solutions to the plight of millions of internally displaced persons as well as coordinate humanitarian affairs and social development in the country, including the the much publicised Federal Government intervention; N-Power, Trader Moni and Market Moni. It will be recalled that Vice President Osinbajo, leveraged on all these during the build up to the Presidential election to approach the grassroots. At the peak of the campaign, President Buhari was so impressed that he confessed that his deputy’s activities through the house-to-house campaign and market activation were boosting the popularity of the All Progressive Congress and its candidates. In another development, the President had felicitated with Osinbajo, when the latter and nine others survived helicopter crash in Kabba, Kogi State during the campaign.

Another signal that pointed to the fact that Osinbajo was being relegated was the President’s announcement at the close of the two-day retreat organised for the ministers, that they should always go through his Chief of Staff, Abba Kyari, for meeting requests and through the Secretary to the Government of the Federation, Boss Mustapha, for issues relating to the Federal Executive Council. He reiterated the same thing the following day while inaugurating the ministers.

He said: “In terms of coordinating communication, kindly ensure that all submissions for my attention or meeting requests be channeled through the Chief of Staff while all Federal Executive Council matters be coordinated through the Secretary to the Government of the Federation in order to speed up the process of decision-making.”

Immediately the announcement was made, not a few Nigerians came out to criticize the president. Despite efforts by the administration’s spin doctors to water down the issue with the argument that it was a global practice, a section of the country and opposition voices believed the statement was expressly made to reduce the stature of Osinbajo.

In what looked like a final straw that broke the camel’s back, Nigerians were stunned when President Buhari dissolved the Osinbajo-led economic team and announced an Economic Advisory Council, EAC, to fill the gap. This advisory council will replace the current Economic Management Team, EMT, previously headed by Osinbajo. The new appointment however came with a caveat: the EAC should report directly to the President and not the Vice President.

The EAC will advise the President on economic policy matters, including fiscal analysis, economic growth and a range of internal and global economic issues working with the relevant cabinet members and heads of monetary and fiscal agencies.

“The EAC will have monthly technical sessions as well as scheduled quarterly meetings with the President. The Chairman may, however, request for unscheduled meetings if the need arises,” the statement further stated.

Before the furor generated by the appointment could settle, the president threw another salvo. He directed the Vice President to, henceforth, seek presidential approvals for agencies under his supervision.

Under the laws setting up the agencies, the president is empowered to give final approvals but the provisions were not followed during the first term.

Currently, Osinbajo is the chairman of the governing boards of the National Emergency Management Agency (NEMA), the National Boundary Commission (NBC) and the Border Communities Development Agency (BCDA).

He is also the chairman of the board of directors of the Niger Delta Power Holding Company (NDPHC), a limited liability company owned by the federal government and Niger Delta states.

With the new memo, the Vice President will now have to seek approvals for contract awards, annual reports, annual accounts, power to borrow, and power to make regulations, among other key functions.

Meanwhile, the office of Vice President has reacted to the report through a statement issued by the Senior Special Assistant to the President, Office of the Vice President, Laolu Akande. He dismissed the report as false and an attempt to sow the seeds of discord between Osinbajo and Buhari

With the new development, panic is said to have gripped the aides of the Vice President, who do not to know what the future holds for them. Speculations are high that most of those working in the office of the nation’s Number Two Citizen may be redeployed to ministries and parastatals.

The question on many lips is what caused the evident bad blood between Buhari and Osinbajo.

To some observers, the problem started when a few dissenting voices started mouthing what they called ‘Osinbajo 2023 or Tinubu 2023’ to indicate that either the Vice President or his political godfather may succeed the president.

A political analyst and member of the Committee for the Defence of Human Rights, Godwin Anyebe, is one of those who link the challenges being faced by Osinbajo to the coming 2023 general election. In a telephone conversation with this reporter, Anyebe argued that the decision to pull the rug off the feet of Osinbajo was a calculative effort to weaken his spirit ahead of 2023 election.

He said, “I pity Vice President Yemi Osinbajo because he’s not a politician. He has lost it long ago but was kept in office so that he could be used to appease Yorubas, especially Christians, during the build up to the general election. Immediately APC won, the cabals, which include two South-west governors, two former governors, also from the South-west, a former governor from one of the South-south states, a North-central governor and a senior presidential aide, had gone back to the drawing board on how to silence the Vice President. Don’t forget, a lot of us have always insisted that Buhari is not in charge. This is another proof. It will interest you to know that 90 percent of who-got-what in the ministerial list could be linked to this cabal with little or no input from Buhari.”

Anyebe argued that the game has just started. He called on Tinubu to quickly find a way of harmonising his team with that of Osinbajo before the two of them are finally consumed politically.

With the new development, panic is said to have gripped the aides of the Vice President, who do not to know what the future holds for them. Speculations are high that most of those working in the office of the nation’s Number Two Citizen may be redeployed to ministries and parastatals

editor - January 28, 2021 12:08 am
11
By Olusegun Adeniyi The session started with a powerful prayer offered by President Olusegun Obasanjo on the benevolence of God for sparing our lives. This... 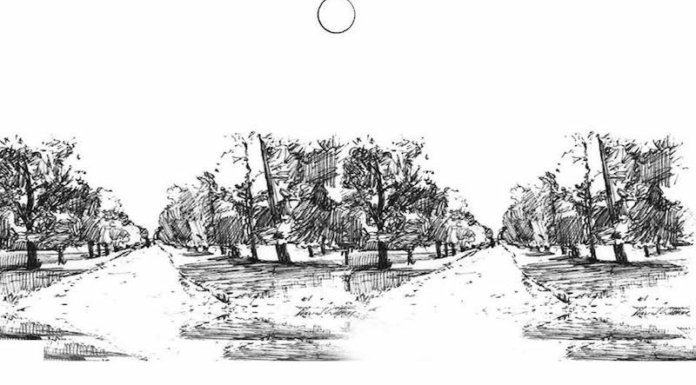