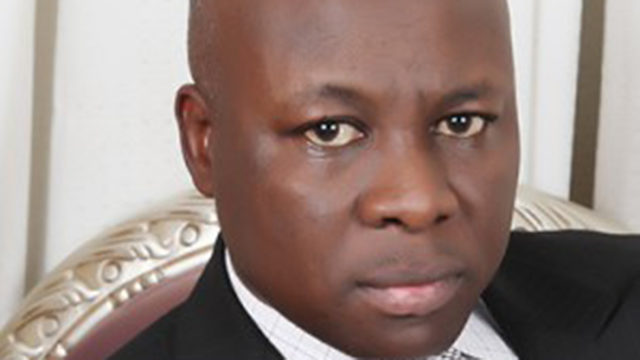 With the controversy surrounding the $135,000 mistakenly paid into the account of the Athletics Federation of Nigeria (AFN) by IAAF and the embarrassment it generated for the country globally still in the sub-consciousness of track & field aficionados, AFN President, Ibrahim Shehu Gusau, is one of the 13 candidates vying for the vacant four Vice President slots of the world body at the Council Elections slated to hold in Doha, Qatar today.

According to Gusau in his application form to IAAF, his only claim to track & field is competing in high jump and 200m as a high school student.

Interestingly, amongst some of the 13 candidates Gusau will be competing against for the Vice-president seat is Ukrainian former high jump world record holder Sergey Bubka. Bubka first set the outdoor world record in Bratislava in May 1984 and broke it twice over the next few weeks and won his first Olympic gold medal at Seoul ’88. Apart from his involvement in IAAF in the last two decade was also once in IOC at the highest level.

Also in the race is former Cuban athlete, Alberto Juantorrena who is the only athlete to win both the 400 and 800 m Olympic titles, which he achieved in 1976.

Several other former top athletes like Abby Hoffman (Canada), Sylvia Barlag and Jackson Tuwei of Kenya are also in the race.

Gusau’s chances are further narrowed by IAAF’s gender sensitivity by ensuring that one of the vice presidents is female.

Before Gusau entry into the race, immediate past President of AFN, Chief Solomon Ogba was listed as candidate for a Council Membership seat but had to pull out in the interest of what he called ‘global business.’

He was one of the 40 candidates vying for 13 Individual Council Members seats on offer.

The former Delta State sports commissioner could not pull through his ambition four years ago in his bid to become the first Nigerian to be in the IAAF Council at the elections held in Beijing, China.

“Mr Solomon Ogba has withdrawn his candidature for individual IAAF Council member as he will not be able to devote the time needed to attend Council meetings and matters with his ongoing global business commitments,” Nikolau stressed in reply to why Ogba withdrew from the race.

45 candidates from across the globe have put themselves forward for election to the international federation’s governing board, the IAAF Council.

Lord Sebastian Coe is returning unopposed as president of IAAF for another four-year term.

The 45 candidates, a six percent increase on the number of candidates in 2015, will be elected into 18 positions on the Council at the IAAF Congress on 25 September 2019, two days ahead of the World Athletics Championships Doha 2019.

The 18 positions are broken down into one President, four Vice Presidents – at least one of which will be female – and 13 Individual Members.

THOSE GUSAU IS RUNNING AGAINST