While Masari and Sule contested on the platform of All Progressives Congress (APC) in Katsina and Nasarawa States respectively, Ihedioha was the candidate of the Peoples Democratic Party (PDP) in Imo Stae

Deciding on Katsina’s election petition, the three-man tribunal led by Justice Augustine Ityonyima dismissed the petition filed by the PDP and its candidate, Senator Yakubu Lado, challenging Masari’s victory at the poll citing non-compliance with the Electoral Act.

The tribunal, which delivered its judgment in Abuja, dismissed all the grounds of the petition, noting that the petitioner did not prove them as required by law.

Reading the verdict on behalf of two other members, Ityonyima affirmed that Masari was the duly elected governor having scored majority of lawful votes cast in the election.

He declared that the petitioner failed “to prove the allegation of non-compliance, non-accreditation, over voting and corrupt practices that would warrant the tribunal to nullify the election.”

He said that it was not only the responsibilities of petitioners “to tender documents but also to prove that the alleged irregularities in the election substantially affected the outcome of the election.

“The petitioners failed to prove that the respondents were not validly elected by the majority of lawful votes. The petition is therefore dismissed in its entirety for lack of merit.”

However, the Chairperson of the three-man panel, Justice Hadiza Ali Jos, while delivering a dissenting judgment, said Masari had no required educational qualification to contest the election.

She said the respondent “does not have the required educational qualification to contest the governorship election. He only lied on oath in his INEC form CF001.”

She, therefore, nullified the election of Masari and ordered the Independent National Electoral Commission (INEC) to conduct fresh election within 90 days.

However, her judgement was overruled by other two members of the panel, Justice Ityonyiman and Justice E.B Omotoso leading to the victory of Masari at the tribunal.

The petitioners had approached the tribunal to cancel the election on the grounds that the declared winner did not meet the mandatory 25 percent in two third of the local government areas in the state.

They also alleged substantial non-compliance with the electoral laws and other malpractices.

Delivering the judgment yesterday, the chairman of the tribunal, Justice Malami Dogondaji held that the petitioners were not able to prove the allegations made in their petitions.

Uzodinma, had specifically asked the tribunal to declare him the rightful winner of the election, based on non-inclusion of results from 366 polling booths out of the Independent National Electoral Commission (INEC’s) approved 388 booths in the state.

Uzodinma had called in 54 witnesses to prove his case of non collation of results of some wards. But the tribunal held that Uzodinma failure to call relevant witnesses was fatal to the petition.

The tribunal also held that the petitioners also fail to specify areas where elections were cancelled or did not take place.
Consequently, the tribunal expunge a large chunk of the evidence of the witnesses for being hearsay and wrongly admitted in evidence by the tribunal.

“Failure to discharge the heavy burden of proof makes the petition liable for dismissal and it is accordingly dismissed”, the tribunal held.

In the case of Nasarawa, the tribunal sitting in Lafia declared Sule as winner of the March 9 governorship election in the state.

The tribunal dismissed the petition filed by the governorship candidate of the Peoples Democratic Party (PDP), Emmanuel Ombugadu, challenging the victory of Sule at the polls for lacking in merits.

The candidate had approached the governorship election tribunal praying it to nullify Sule’s election for non compliance with the electoral law and guidelines.

In a judgement that lasted for eight hours, the chairman of the three-man panel, Justice Abba Mohammed Bello, declared that the petitioner failed to prove his case beyond reasonable doubt that there were massive irregularities in that election as alleged before the tribunal.

Abba also ruled that the petitioner did not provide any factual proof that the INEC was wrong in returning Governor Sule of the APC as the duly elected governor of the state.

After the judgement was delivered Saturday, counsel to Katsina PDP and its candidate, Mr. Gordy Uche, (SAN) said the chairman of the tribunal delivered judgment in favour of his client and directed that there should be fresh election within 90 days.

“We did not lose. It was a part judgment, we won and our opponents also won in the part. So, today is still a very good day for us because we have a judgement in our favour, which says that a sitting governor is not qualified and has never been qualified to run for that office.

“We will go on appeal to the Court of Appeal against the majority decision. If our opponents feel they need to go on appeal on the minority decision it is their rights. Both of us will meet at the appellate tribunal.”

Also reacting to the judgement, the State Chairman of the Peoples Democratic Party (PDP), Hon. Salisu Majigiri expressed displeasure over the judgement, insisting that the party and its candidate would proceed to the appellate tribunal.
He, however, urged PDP supporters in the state to remain calm and operate within the ambit of the law, expressing optimism that the decision of the tribunal would be upturned at the appellate court.

In a statement by his Director of Media and Publicity, Abdul Labaran Malumfashi yesterday, Masari described the decision of the tribunal upholding his election as the right and courageous one.

Masari said the decision of the tribunal had also vindicated the electorates who overwhelmingly freely gave him their mandate in the last governorship election.

He explained that he had always believed that the tribunal would rule in his favour, because all the issues raised in the petition were absolutely baseless.

While thanking the good people of the state for giving him their mandate and keeping faith with his government, he assured them that his second term would avail them even more dividends of democracy in his second term.

However, Nwosu conceded defeat two hours after his petition at the tribunal was dismissed. He also confirmed that the governor, Ihedioha was holding on the mandate of Imo people.

He spoke through the Special Adviser on Media to Senator Rochas Okorocha, Sam Onwuemeodo, saying said Nwosu would remain unmoved, unshakeable and unwavering.

He said: “Just go and celebrate. Those of us who knew and still know what happened, are aware that what Ihedioha is holding today is your mandate.

“The tribunal has just supported that mishap. But you know what? History and posterity are always on the side of broken-hearted men like you. What gives joy and fulfilment is not position and money but peace of mind and peace of the Lord.” 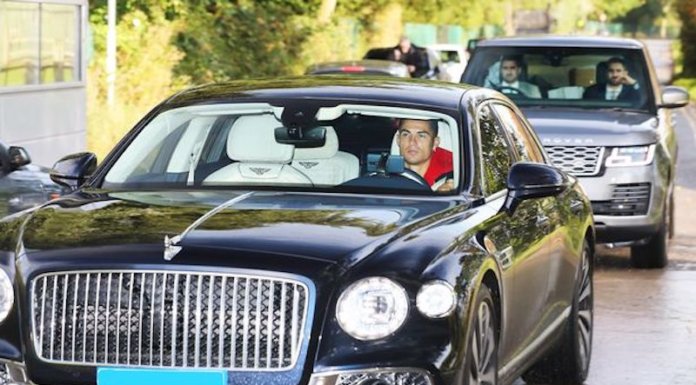