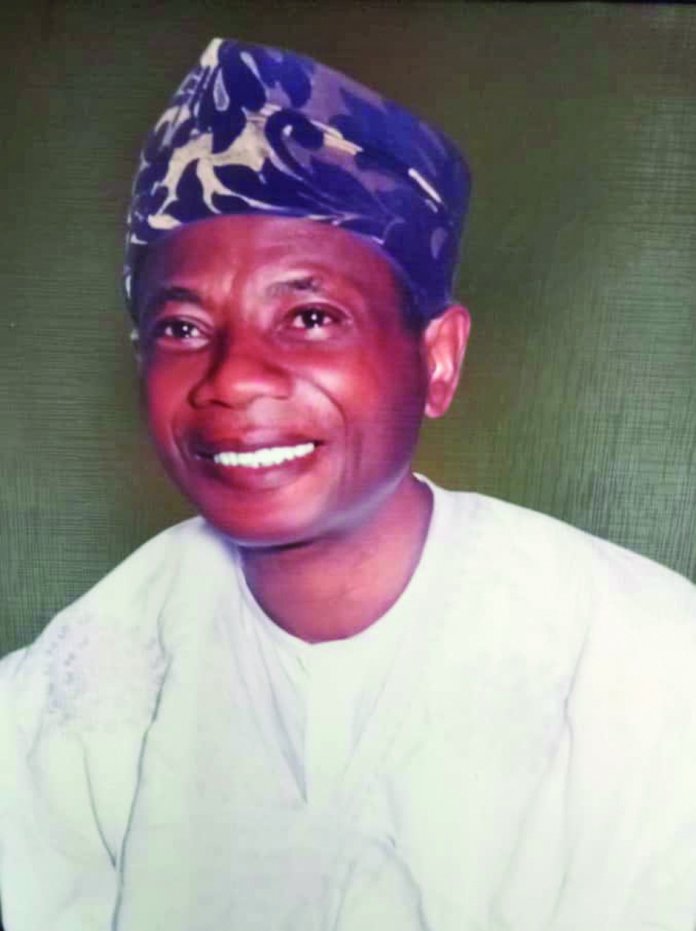 Growing up as a child in a family with high standards of morality, and great value for education, his parents ensured that he attended some of the best schools then. After his primary education, he was enrolled in the prestigious Government College, Owerri for his secondary education in 1955. With the background of the Independence movement and political awareness of the late 1950s, Dr. Okey Emodi was already conscious of discrimination and injustice in the system, and the consequent need to pursue justice for all men. So instead of the United States of America and United Kingdom, which were popular destinations then, he chose to head to Russia for his University education.

In 1961, Dr. Emodi enrolled with Moscow University where he studied Philosophy, Political Science and Economics for his undergraduate studies earning a Bachelor of Science (B.Sc.) Honours degree in 1965. He immediately enrolled for his graduate studies at the same University, earning a Master of Science degree (M.Sc.) in Economic History, Economic and International Relations in 1967. Following a sterling performance in his graduate studies, Okey gained admission into the Institute of African Studies at the prestigious Soviet Academy of Sciences, Moscow where he graduated in 1969 with a Doctor of Philosophy (D.Phil.) in Development Economics, specialising in National Development and Planning.

During his university years, Dr. Okey was a vibrant and idealistic student activist and held many positions of responsibility in the Student Union Movement such as Secretary General, Nigerian Students Union, USSR (1964), Executive Secretary, All African Students Union Europe, (1965 – 1967).

With the conclusion of the 1983 Anambra State governorship election won by Chief Christian C. Onoh, whom he supported, Dr. Okey Emodi was appointed the Sole-Administrator of the old Onitsha/Ogbaru Local Government Area. The appointment was, however, truncated by the military coup later that year, which led to the dissolution of all elected and appointed political office holders.

Between 1979 and 1982, he was a Director (Publications) one of the frontline publishing houses, the Fourth Dimension Publishing Company.

He was a member of the National Committee of Nigerian Vision 20:2020 and the National Coordinator of the Political Systems Thematic Group of the Committee. He was a member of several professional bodies, including the Nigerian Academy of Arts, Science and Technology and the Nigerian Economic Society. And he was until his death, the Director of the Centre for Development and Policy Research, Peace, Security and Strategic Studies, an Enugu-based non-governmental organisation. Dr. Okey Emodi was a great mind and vibrant ideologist. He worked behind the scene  propagating political ideas and molding opinions. He authored several articles published in reputable journals, magazines, and newspapers on diverse topical political, social, economic and development issues over the years.

The vibrant and intelligent young lecturer met and courted the beautiful Joy Ifeyinwa Obi, who was then studying for her first degree at the Department of Geography, University of Nigeria Nsukka. They got married in London in 1980 and their union is blessed with four wonderful children: Nneka Chinwe Emodi Eze, my humble self (Onyechi Nwachukwu Emodi), Chibogu Emodi Ilozue, and Chuka Ray Emodi, in that order.

Looking back, I can had a father I would remain proud of till eternity. What I learnt from him while I was young I still find useful till date. He encouraged to me to be close to him and I owe a lot of knowledge that I had as a young boy to him. Also he never spared the rod. A disciplinarian, he thoroughly punished me when I went out of line. In fact, my friends knew him to be a strict man and behaved accordingly.

But we was also a very loving father and showered us with love growing up. He was a brand of  kind man that was rare. He was brilliant, a good driver, sociable, and loved discussing politics and hanging out with his friends.

He was also close to God before he died. I remember asking him before he was taken to the hospital if he was with God and his answer in the affirmative.  But little did I know it was for him to be harvested so soon to be with God permanently.

I love him and will miss our long discussions on the political events in the country. I will miss his fatherly counsels. Yet, I am most thankful to God for the useful time I spent with him as a young boy and an adult. And as a Christian, the tears and sorrows of this moment peter away at the thoughts of meeting him again on that ressurection morning, in the world to come.

Daddy, it’s goodnight from me and the rest of the family. May the host of heaven bear you to your eternal rest.

Quote:  Looking back, I can had a father I would remain proud of till eternity. What I learnt from him while I was young I still find useful till date. He encouraged to me to be close to him and I owe a lot of knowledge that I had as a young boy to him. Also he never spared the rod. A disciplinarian, he thoroughly punished me when I went out of line. In fact, my friends knew him to be a strict man and behaved accordingly