The federal government Thursday described the conviction of directors of Process and Industrial Developments (P&ID) Limited for tax evasion as a judicial proof of fraud and corruption as a foundation of the relationship that gave rise to the $9.6 billion arbitral award the company secured against Nigeria.

The Attorney General of the Federation and Minister of Justice, Mr. Abubakar Malami (SAN), who reacted to the verdict yesterday, also said Nigeria would next week meet in Britain with its legal consortium in preparation for the case listed for September 26.

Malami spoke against the backdrop of the dispute between Nigeria and the company over the $6.6 billion arbitral award against Nigeria that a London arbitration tribunal granted it to collect for alleged loss of 20-year future revenues following Nigeria’s alleged inability to fulfill its obligations as contained in a Gas Supply and Processing Agreement (GSPA) the company signed with the Ministry of Petroleum Resources on behalf of the federal government.

Under the GSPA, Nigeria was to supply wet gas, which it allegedly failed to do, for processing at a plant to be built in Cross River State by the company for the generation of electricity.

The arbitral award, which a British commercial court has given P&ID the nod to enforce, as at the last calculation, has ballooned to $9.6 billion due to interest accretion.

Besides the conviction of the directors, the Federal High Court, sitting in Abuja, before which they were put on trial by the Economic and Financial Crimes Commission (EFCC), had also ordered the company to forfeit its assets to the federal government.

The verdict by Justice Inyang Ekwo followed the conviction of P&ID Nigeria Limited and its parent company incorporated in the British Virgin Islands on an 11-count charge bordering on economic sabotage, money laundering, tax evasion amongst others, which the EFCC preferred against them.

The defendants pleaded guilty to all the charges read against them and the court consequently convicted them based on their plea of guilt.
After their conviction, counsel to the first defendant, Mr. Dandison Akurunwa, prayed the court to consider the cooperation showed by the first defendant in not wasting the time of the court and for admitting guilt in the charge.

Similarly, the second defendant, whose representative stood for himself, aligned himself with the submission of counsel to the first defendant.
However, prosecution counsel, Mr. Bala Sanga, urged the court to deliver its sentencing in line with the provision of the Money Laundering Act, which stipulates the winding up of the firm as well as forfeiture of all their assets to the federal government.

Justice Ekwo accordingly made an order winding up the two firms as well as forfeiture of their assets to the federal government.

Reacting to the judgment last night, Malami said the federal government had been vindicated by its consistent position that the so-called contract was fraudulent.

He said: “The implication of today’s conviction is that Nigeria has a judicial proof of fraud and corruption as a foundation of the relationship that gave rise to a purported liability in the arbitral award.

‘’A liability that is rooted in fraud and corruption cannot stand judicial enforceability; Nigeria now has a cogent ground for setting aside the liability. Where Nigeria is expected to review its strategy in view of unfolding developments as it relates to conviction of some of the suspects that have admitted fraud and corrupt practices in the transaction that gave rise to purported award.’’

He added that Nigeria is meeting with its legal consortium early next week in Britain in preparation for the case listed for September 26.

However, some lawyers differed in their reactions to the court judgment, with a former President of the Nigerian Bar Association (NBA), Mr. Olisa Agbakoba (SAN), saying since P&ID has already obtained an award of $9.6billion against Nigeria, the order by the Federal High Court would raise jurisdictional questions.

He explained: “I have no facts but on the basis of legal analysis, the rights under the enforcement of the arbitral award are already acquired before the forfeiture of assets and so may raise a jurisdictional point of retrospective application to impact on the already published award against Nigeria.

“So I admit this raises a complex issue of extinction of accrued rights by a latter act in this case a forfeiture order of a Nigerian court in respect of a foreign judgment.”

Another senior lawyer, Mr. Uwa Etigwe (SAN), said the order of the Federal High Court could not affect the enforcement of the $9.6 billion award against Nigeria, adding that the order could only be binding in Nigeria and not in the United Kingdom.

Though Etigwe noted that he had not read the order and the circumstances leading to the court granting it, he said since the $9.6 billion award against Nigeria was from an arbitration panel which sat in London, setting it aside or anything to jeopardise its enforcement could only be done in London.
He stressed that any order made by the Federal High Court can only have effect on the assets of the P&ID in Nigeria and not the UK.

He stated: “I haven’t read order or its and entire proceedings, however, I know that orders of the Federal High Court cannot have extra-territorial effect. The order can only be enforced here. I equally don’t know the assets P&ID have in Nigeria. If for instance, they have asset worth $50million for instance, what is that to $9.6billion? So I don’t know the utility that award would be.

The senior advocate, who spoke to THISDAY on condition of anonymity, added that the action of the federal government is to convince the world, either on appeal, that the award that P&ID got against Nigeria was fraudulently obtained.

“I think that the government is trying to counter-check P&ID and give the impression that the award was a fraud and to also let them know that the Nigeria government got an order against them,” he stated.

He, however, said because of the number of treaties between Nigeria and the UK, any order by the Federal High Court could be enforced in the UK.
In a swift reaction, the British Virgin Islands firm dismissed the trial in Abuja as a sham.

In a statement on its public relations website, it stated: “Today’s sham trial in Nigeria is entirely illegitimate, and follows a systematic campaign of harassment, intimidation and illegal detention of a number of individuals associated with P&ID or the GSPA contract. The individuals detained have not been afforded due process and have instead been pressured and intimidated by the government into making false statements.

“Nigeria’s Attorney General Abubakar Malami has publicly acknowledged that his aim is to provoke global opposition against P&ID, by undertaking this EFCC ‘investigation’.

“None of the individuals involved are current employees or representatives of P&ID. P&ID itself has received no communication from any Nigerian authority about the investigation or today’s hearing. There has been no evidence produced, no defence allowed, no charges laid, no due process followed.
“The EFCC’s investigation is an attempt to produce false evidence, and is being conducted in blatant disregard of basic human rights and the rule of law. P&ID calls on the Government of Nigeria to accept its responsibilities under the law and to cease this sham investigation.”

But a source said yesterday that no one could be said to be validly speaking for P&ID as the website is not signed by anyone. Besides, since the founder, Michael Quinn died in 2015, his partner, Brendan Cahill, had been recluse, while the identity of its directors had been shadowy, given the nature of the company. 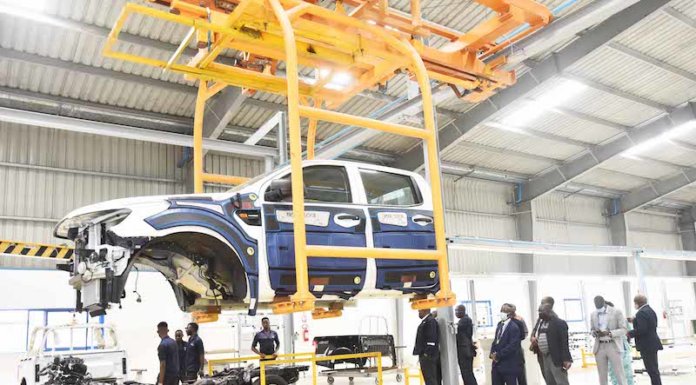