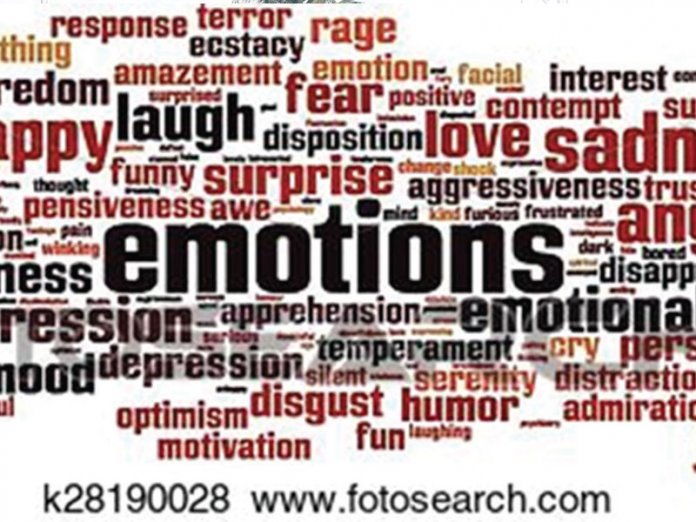 Somehow, we are told that the universal laws are constant, equally effective and show no favouritism but when we seek evidence of this, is SEEMS to elude us. Are you one of those who has wondered why it is more common to come across people making statements like: “The thing which I FEARED the most has happened,” but we don’t as often hear, “I got all the things which I desired the most.”

I have pondered this for a while and found that indeed the universal laws are constant and I’ll share my understanding but first, it’s important that we are on the same page regarding the nature of ‘FEAR’.

Well, it isn’t! I think it all has to do with the manner in which we make requests.

So, what I mean by “requests” is simple. Religious people sometimes make requests consciously via what they prefer to call prayer and the not-so-religious may make conscious requests via what they will call wishes. By ‘prayer’ and ‘wishes’, I mean the internal or external verbalisation of desires.

Bible scholars will often teach that you can get “more than you can ask or think” and most will assume this means that if you ask for or think about “10”, you can get “100”. True, but it also means something else! It can also mean “to get more, do more than just asking and thinking.”

But when you think about the fact that the laws of the Universe aren’t written in English language, you have to ask yourself “in what language does the Universe communicate?” This brings me to other ways of making requests: (3) Imagination and (4) Emotions – which are driven by active, not passive, belief.

What’s the difference between ‘think’ and ‘imagine’? Look at it this way: ‘think’ is like a square while ‘imagine’ is like a cube – basically, one is in 2D and the other is 3D. Summarily, an imagination is a properly fleshed out thought process.

For example:
“I think it will rain” is a thought. But if you imagine rain falling, you’ll imagine all the consequences & it will subsequently change your action and so, you may decide to carry an umbrella, change your white trousers, change your suede shoes, leave earlier to avoid traffic etc. Like this, imagination drives action.

And depending on whether or not you like rain, your imagination of rain falling, will also change your mood (emotions) positively or negatively. Remember, rain isn’t falling yet but your emotions would have changed. The effect of the rain that hasn’t yet started, is already exhibiting as reality for you even before it happens. Once you imagine, the evidence of your imagination being accepted by the Universe is that your emotions change and that is easy for you to monitor.

I’ve found out that change in your emotion is what the Universe responds FASTEST and surest to. It doesn’t respond as fast to what you ask or think if you stop there, but it responds to what you imagine that you allow change your emotions. So, when you just ask, it’s good but fairly slow and limited results. When you think, it’s indeed better, but still, not usually enough to drive your emotions. But when you imagine, that’s where the action starts & when your emotions change, the work is complete. Then the ability to hold that emotional state for a sustained period without shifting is what creates the pathway through which the Universe will channel the response to your request.

Christians will summarize all this aptly in the phrase ‘faith without works is dead’. I’m just attempting to flesh it out. Also, Christians know that if you speak to this mountain or issue (ask), tell it to move (think) from here to there (imagine), do not doubt (emotions) but believe (act on it), then everything is possible.

So, back to the initial issue: why does the negative thought happen so much faster? After this long rigmarole, I hope it’ll now be very simple. ‘Positive’ requests start from ASKing and will often end at THINKing, and both are in the slow lane of limited results. ‘Negative’ requests (basically all the things we fear) are never ‘asked’! No one, in reality, actually asks or prays that, “I hope I have an accident and break my leg and when I get to hospital, I hope there’s no doctor!!!” It is hardly even thought of but such ‘fears’ often start from the imagination and jump quickly to emotions.

Let’s look at the very common story of Job which is in the Bible. He didn’t ask for things he feared but if you examine the story, you’ll see exactly how what he did conforms to the process I have outlined:
1. He ‘thought’ his kids sinned (“…for Job said, it may be my sons have sinned.”)
2. He ‘imagined’ their sin (“…and cursed God in their hearts.”)
3. He ‘acted’ on his imagination (“…and rose up early in the morning and offered burnt sacrifices for them all.”)
4. He held the emotions (“Thus did Job continually.”)

You don’t ask to be robbed so it starts from a thought, or more likely, you imagine being robbed in traffic, so you immediately act by hiding your valuables and migrate to, “If I lose this, thank God for savings / next salary / the one under my bed.”

But if you fall sick and want to get well, you will start from being told to ask (pray) for good health, then think about being well (many will think about “not being sick” which is the same as thinking about being sick – but let’s not digress with that). But do you imagine in detail the things you’ll do when well? Does it affect your emotions so that you smile & perhaps laugh? Do you act on it? Much less likely, isn’t it?

So, in summary, we tend to leapfrog negativity up the chain of effectiveness of the Universe’s language while we take positivity through the entire gamut of a long and tiring process. Somehow, we subconsciously give negativity VIP passes but ask positivity to join the long queue. So, these are the reasons why I think we get negativity fed back to us much faster than positivity. We find that we are scared to act on our positive desires, we say we will look ‘stupid’ singing and dancing with so much wahala but yet, we call it ‘wisdom’ acting on the negativity or what we call ‘fears’ or ‘concerns’.

Last, let’s see Hannah, also a Biblical character. She asked for a child for years, nothing. She obviously thought about having the child but still, nothing. The story demonstrates that some thing changed at some point and she fleshed out her thoughts into more details and imagined a child; imagined the sex of the child; imagined the occupation of the child, then acted on the belief by making a promise based on the imaginations and right after all that, her emotions changed! She held that emotional state to the extent that even the priest’s reprimand didn’t faze her. We know how the rest of the story ended.

If this is the Nigeria we feared, now we know why and we know how to change that going forward … unless, of course, you believe we will look stupid being and acting out positive imaginations.

– Zeal Akaraiwe is a financial analyst and social commentator.

editor - January 16, 2021 3:03 am
4
PENDULUM BY DELE MOMODU Fellow Nigerians, these are not the best of times, globally! That statement is even an understatement. The COVID-19 pandemic currently...