The Senate Wednesday justified the N5.5 billion voted for the procurement of Sport Utility Vehicles (SUV) for each of the 479 members of the Ninth Assembly, saying the amount was part of the 2019 approved budget of the National Assembly.

It, therefore, described the hue and cry over the planned purchase of the utility cars as nonsensical.
The move by management of the National Assembly to purchase the vehicles was roundly condemned by some concerned citizens and social crusaders led by the Socio Economic Rights and Accountability Project (SERAP).

Senate Leader, Senator Yahaya Abdullahi, while reacting to criticism trailing the purchase of the vehicles told newsmen yesterday that the N5.5 billion voted for the official vehicles was part of the N125 billion National Assembly budget passed for this year.

He said: “The N5.5billion is from the National Assembly fund and not money being sought from any other source. Besides, the scheme as it has always been with previous assemblies is a monetised one, requiring each of the lawmakers to pay back the cost of whatever vehicle given to them.”
Abdullahi said it was highly insulting that some public commentators are criticising and kicking against the move.

According to him, there is nothing for anybody to cry over as far as the plan is concerned because a serving senator and his counterpart in the House of Representatives deserve to have an official vehicle in the mode of a functional utility vehicle or Jeep.

“To say that a senator of the Federal Republic cannot ride a jeep in Nigeria is an insult. The outcry over it is very unnecessary and insulting to the institution of the National Assembly and status of the federal lawmakers,” he stated.

The Senate leader went further: “When I was a Permanent Secretary, I know what ministers get; we cannot even compare ourselves with ministers because we are higher than the ministers.

“Each of the ministers move in convoy of three to four utility vehicles without anybody raising any eyebrow while some people who either as a result of ignorance or mischief, always cry to high heavens anytime management of the National Assembly wants to buy just one utility vehicle for a lawmaker on the template of monetisation.

“Go and tell the people that the work that we do at the National Assembly, is more than the work of ministers and as representatives of the people, money we spend on daily basis to all forms of indigent people, far, far outweighs whatever they as ministers or executive officers spend.”

Both chambers of the National Assembly, he further said, were ready at anytime to engage any group of people in the polity on its operations and spending in line with the principles of accountability and transparency the 9th National Assembly stands for.

In the meantime, the leadership of the Senate is set to name members of the 69 standing committees whose chairmen and vice chairmen were announced shortly before the upper legislative chamber went on annual vacation in July.

Senate sources told THISDAY yesterday that upon the resumption of the Senate from its two-month long vacation next Tuesday, the list of members of the various committees would be made public for the senators to know the committees they belong to and work for the realisation of the legislative agenda of the Senate.
One of the sources who is a ranking senator from the South-south confided in THISDAY that apart from the two presiding officers, all the remaining 107 senators would belong to at least three committees.

It was further learnt that the leadership of the Senate, comprising presiding and principal officers, took their time during the vacation to look at the background of every senator before putting them in committees where they could add value to the goals of the Senate.
THISDAY also gathered that the formal inauguration of the committees may take place almost immediately but it would depend on the schedule of the Senate president who is expected to do so.

The ranking senator added that with this scenario, the inauguration of the committees may span over a two-week period “because the Senate President, Dr. Ahmad Lawan, is expected to personally inaugurate the committees with a clear mandate of what is expected of them”.

Lawan, shortly before the Senate went on vacation on July 30, had released the names of chairmen and vice chairmen of the 69 standing committees.
A breakdown of the committee chairmanship slots showed that senators of the ruling All Progressives Congress (APC) got 49 slots while those of the opposition Peoples Democratic Party (PDP) had 20 slots.

Further breakdown of the chairmanship slots on zonal basis revealed that North-west had 16; North-east, 11; North-central 10; South-west, 13; South-east 9; and South-south, 10 slots. 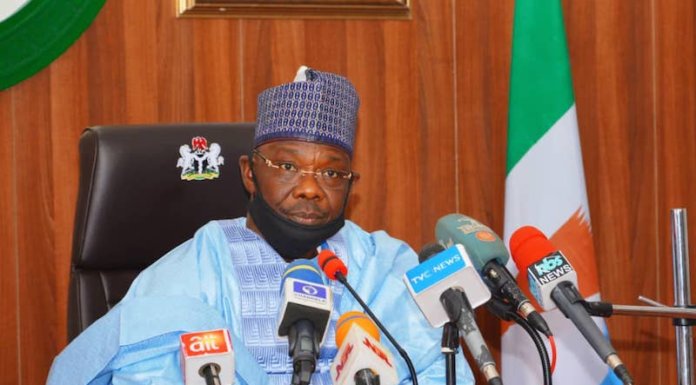