There have always been plots to remove Amaju Pinnick from office as President of the Nigeria Football Federation (NFF). Those who are/were involved in the plan are from all strata of the football family. There are some journalists, a motley of football administrators, many faceless and baseless people who regard themselves as veritable stakeholders in the affairs of football in the country.

And of course there are a few good men who truly believe that Pinnick is not good for our football. Together, this group has been involved in a persistently savage war of attrition. Basically, allegations against him have been that he is corrupt and largely incompetent. Sometimes there are complaints that he is illegally in office. In this regard there have been numerous court cases that have made a mockery of our judicial system.

I was therefore not surprised when last week some reports claimed that the Independent Corrupt Practices and Other Related Offences Commission (ICPC) has ordered that the ‘mansions’ built by Pinnick and the 2nd Vice President of the NFF, Shehu Dikko be investigated.

Some reports actually claimed that their properties located in Lagos and Abuja respectively are to be forfeited to government! Add that to the allegations that Pinnick and his board members misappropriated 2014 FIFA World Cup grant, including the ‘theft’ of the $650, 000 meant for the Bolivian friendly in Uyo some years ago and other tales of monumental sleaze and you would wonder if Amaju and his co-travelers do anything else apart from stealing money.

On a regular basis we are inundated with usually unproved reports of how these men in the NFF have stolen even more than all that there is to steal. It therefore becomes easy to see behind the allegations and arrive at a case of willful attempt at criminalizing all that the NFF does. I am not holding brief for our football governing body but am of the opinion that in churning out limitless allegations of corruption against the NFF, we must be mindful of the harm we eventually will do to our football.

We want our football to be sponsored but pray which sponsors will provide money that would be used to build mansions by officials of our football? Those who will bring Amaju down appear not to care if they destroy our football house in the process. My take really is that we must all learn to look at the overall interest of our nation. I no longer like our President Muhammadu Buhari but I am still passionate about the nation he leads. I will never seek to bring Nigeria down because I don’t like the way our President is running our country. If the NFF and its leadership is involved in corrupt practices let’s spend time investigating them and if there are proofs of wrong doing let’s prosecute them after due process has been followed. The wheel of justice grinds slowly but surely and we must allow her space in our affairs.

When we talk of corruption we tend to forget that it is a process and to combat corruption we have to look at the process which produces avenues for manipulation and distortion. Information management gives everyone a chance to know what is happening. We all would know when funds are approved and eventually released. We would know what it was used for and what funds have been used for. Money approved for sporting competitions must not be used to sponsor government delegates who eat up a substantial part of the budget.

It is a fact that most times budgets are passed with the understanding that a certain per cent must be reserved for National Assembly members who would insist that the operators of the budget must launder the money back to them. Then of course we have government delegations who are often sponsored from funds provided for the welfare of athletes and other participants. From my interactions with sports administrators I know that periodically Assemblymen make financial demands on administrators. The amount of money siphoned through this process is enormous. I think it is this situation that must be remedied by creating a credibly open system that allows everyone to see how money moves.

Our new Sports Minister, Sunday Dare being someone from an IT background must attempt to computerise all activities in such a way that everyone can ‘see’ what is going on. Subsequent transparency so created will reduce kitchen talks about corruption.

In passing, I would like to say the current board of the NFF has done fairly well and should be encouraged to see out its mandate. From a shaky start, they are treading somewhat surefootedly. Check out the records! Our national football coach, Gernot Rohr, should be assisted to get better. Those who are clamouring for his removal cannot base their clamour on anything relevant to football matters.

I believe his contract should be extended till after the 2022 World Cup. Between now and then, his Nigerian understudy who would naturally take over from him should be employed. Leaders in world football from nations with a stable administration give their coaching crew the opportunities to learn from mistakes. We did not do well in the last World Cup in Russia but indications emerging show we should expect to do much better with the experience our coach has gathered. 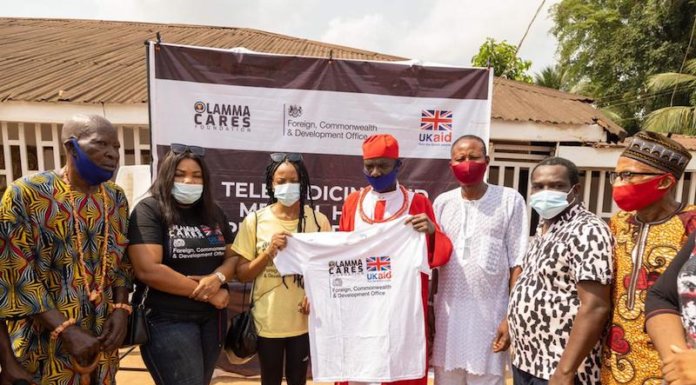