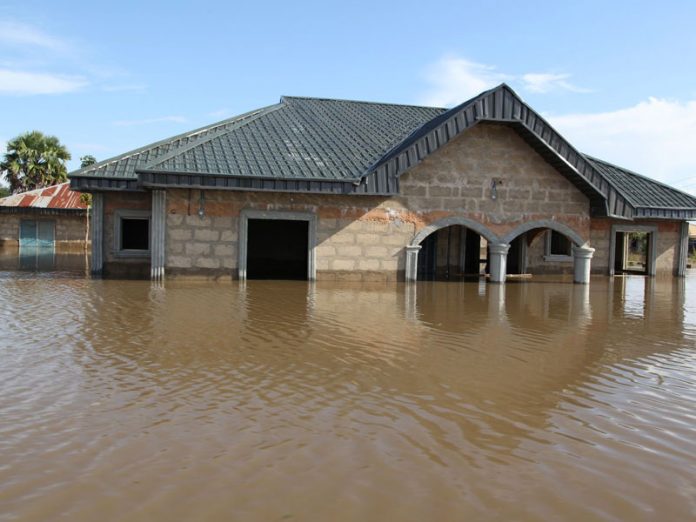 Residents of Ayetoro Community in Ilaje Local Government Area of Ondo State are now counting their losses as flood ravaged the community rendering many of them homeless.

It was gathered that no less than 1,000 residents of the riverine community are now without homes following persistent rainfall that lasted more than two days in the area.

Speaking on the matter, a resident, Mr. Emmanuel Aralu, lamented that the flood affected about 100 houses.

Aralu noted that economic activities had been paralysed as most of the people of the community who engage in fishing had abstained from the river and the ocean while most shops had been destroyed.

He added that the only church in the town, the palace, health centre and schools were all affected by the flood, saying some residents had fled the coastal community because of the development.

Also speaking, Mrs. Margaret Ogunyemi lamented that flooding had been a recurrent problem in the area, alleging that subsequent state governments have been insensitive to the plight of the people in the area.

According to her, government had not been fair to the people of the community over the years and wondered why they should be abandoned in their time of need.

She said most of the residents noted that the villagers could not relocate from their homes due to lack of access roads as the earth roads in the communities were flooded, adding that the people have resorted to the use of canoes in accessing their houses.

“We need help from the government before the flood washes the community away, the state and federal governments should come to our aid. The health centre, palace, schools, shops and most houses here are flooded, we have been held in a place for days,” she lamented.