After about 12 years of delay in deciding on its planned capacity expansion, the NLNG recently in Abuja, disclosed it would finally start the push to expand its production level from 22mtpa to 30mtpa, with the construction of an additional 8mtpa train.

The NLNG which is owned by four shareholders, namely: the federal government of Nigeria, represented by the Nigerian National Petroleum Corporation (NNPC) with 49 per cent interest; Shell Gas B.V. which has 25.6 per cent; Total Gaz Electricite Holdings France with 15 per cent; as well as Eni International N.A. N. V. S.àr. l – 10.4 per cent, said it would by the end of October 2019, take a much-awaited final investment decision (FID) on the ‘Train-7’ expansion drive.

Before he signed a Letter of Intent (LoI) with a consortium comprising Italian firm, Saipem; South Korean Daewoo Engineering; and Japanese Chiyoda, competitively chosen by the NLNG as its Engineering, Procurement, Construction (EPC) contractor to build the Train-7 LNG expansion plant which would cost $7 billion, the Managing Director of NLNG, Mr. Tony Attah, had said the next step in the Train-7 expansion project would be to sign the FID by the end of October 2019.

Attah, explained that the Train-7 project would take at least five years after the FID, and as well increase NLNG’s market share in the global LNG industry.

He also noted that it would raise the global profile of Nigeria as the fourth largest exporter of LNG in the world.
“Today, we are here to progress another milestone by issuing a Letter of Intent to award the Engineering, Procurement and Construction (EPC) Contract for Train 7 project to the preferred bidder SCD JV Consortium. As we issue this Letter of Intent today, we will be even closer to signing of the FID,” said Attah.

From Attah’s disclosure, the Train-7 FID looks certain to happen as scheduled. He backed this up with his affirmation that the company’s shareholders – NNPC, Shell, Total and Eni, were ready and willing to go on with it.

According to him: “Train 7 is our sure way to attaining that ambition with 35 per cent increase in our production capacity, from 22mtpa to 30mtpa. We are working to achieve this project within four to five years after we sign the FID if we must stay competitive and profitable in the global market.”

The Fundamentals
To ensure the planned FID for Train-7 happens seamlessly, the NLNG which has paid as much as $36 billion to its shareholders as dividends over the years, in addition to paying joint venture (JV) gas suppliers $28 billion for feed gas supplies while helping Nigeria cut about 6.3 trillion cubic feet (tcf) of associated gas from been flared, said it has done what were needed in this regard.

Attah, noted that the Front End Engineering Design (FEED) work for the expansion has been concluded, just at the same time the company paid off the loan and interests it took to build its existing six trains, to amongst other things clearly signpost its commitment to financial responsibility which potential investors in the Train-7 project would look out for.

He equally noted that the selection of EPC contractors and signing of LoI with them were signs of its commitment to doing the right things for the FID to happen.
According to him, the LoI was one of the key milestones to be achieved on the road to FID by its shareholders, and that it showed commitment to realise the Train-7 project.

Attah, equally assured that the contracting process for the EPC contractor was transparent in full compliance with all applicable laws and good industry practices.

Benefits to Nigeria
Speaking further, Attah, explained that the expected FID for NLNG’s Train-7 would be a win-win for Nigeria.
He noted that in addition to attracting up to $10 billion worth of foreign direct investment (FDI) inflow into Nigeria in the next five years, the capacity expansion would give Nigeria and its shareholders more returns from the monetisation of its natural gas.

He said the expected FDI would come in the form of $7 billion which would be spent to build the Train-7 LNG plant, and an additional $3 billion worth of investment on upstream gas development to meet the expected demands of the new capacity.

According to him: “Our greater joy is that Train 7 at construction phase will attract an investment of over US$7 billion, boost Foreign Direct Investment (FDI) profile of the country, and provide about 10,000 jobs during the construction stage.”

His sentiments on the expected benefits from the expansion drive were equally shared by the Executive Secretary of the Nigerian Content Development Management Board (NCDMB), Mr. Simbi Wabote, who stated at the Abuja meeting that the project would bring to Nigeria a lot more especially in the application of the local content regulation in the construction of the plant.

“Permit me to share with you some of the opportunities to be provided by the Train-7 project development to the local businesses and investments.
“The NLNG Train-7 will deliver 100 per cent engineering of all non-cryogenic areas in-country. The total in-country engineering manhours is set at 55 per cent which exceeds the minimum level stipulated in the NOGICD Act in line with our resolve to push beyond the boundary of limitations,” said Wabote.

He indicated that the fabrication scope will bring many of Nigeria’s fabrication yards into operation with over 70,000 tons of in-country fabrication covering condensate stabilisation units, tanks, pipe-racks, flare system, non-cryogenic vessels, and many other spools and fittings.

“The benefits extend to site civil works on roads, piling, and jetties, 100 per cent local procurement of all LV and HV cables, non-cryogenic valves, protective paints and coatings, sacrificial anodes and many other direct procurements from our local manufacturing plants.

“Those in the service industry are not left out with the target to assemble over 70 per cent of all non-cryogenic pumps and control valves in-country. Other spin-off opportunities include logistics, equipment leasing, insurance, hotels, office supplies, aviation, haulage, and many more. The target job numbers are very exciting. At its peak, the project will provide over 40,000 direct jobs and over 100,000 indirect and induced employment of over 100,000 workers,” he added.

Support
The Chairman of the NLNG board, Mr. Osobonye LongJohn, said at the meeting that the board was fully in support of the project, and had approved the selection of the EPC contractor which it would also lend its support to.

LongJohn, indicated that the board was delighted to see the Train-7 expansion drive finally come through and explained: “Our determination to achieve Train-7 has been sustained and we can only continue to work towards actualising that objective. That is why we have gathered here to issue the Letter of Intent for the EPC contract.”

He equally stated: “I commend the management and staff of Nigeria LNG for showing such resilience that has brought us all to this point in the planning towards realizing Train 7. I assure every party involved in this project, especially the preferred consortium of the unalloyed commitment of NLNG board of directors and the shareholders towards achieving Train 7 seamlessly as we live our vision of helping to build a better Nigeria.”

Talks with Lenders
With regards to getting the funds needed for Train-7, Attah further confirmed to Bloomberg, that talks with lenders to finance the expansion was progressing seamlessly.
He indicated NLNG was discussing with Nigeria’s top-10 lenders including Guaranty Trust Bank Plc and Zenith Bank Plc, to raise as much as $2 billion, as well as with foreign lenders and export-credit agencies for the balance.

“We have done the financial market pitch to know who has capacity,” Attah said, while reportedly noting that Guaranty Trust and Sumitomo Mitsui Banking Corporation have been appointed by the NLNG as financial advisers for the fund raising that will be a combination of debt and equity. 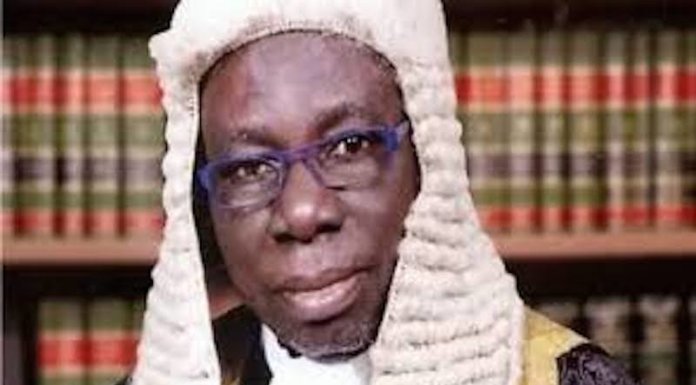