The Acting Chief Judge of the Federal High Court, Justice John Tsoho, on Monday made a case for the engagement of more judges in order to enhance justice delivery in the division and by extension the nation’s judiciary.

Justice Tsoho predicated his call on the heavy workload of litigation faced by judges of the Federal High Court in the discharge of their official duties.

In the same vein, the Body of Senior Advocate of Nigeria (BoSAN) as part of suggestion to ease the heavy burden on judges of the Federal High Court has called for the breaking up of the court into specialised divisions.

They made the call at the special court session held to mark the beginning of the Federal High Court Legal Year 2019/2020 in Abuja.

Declaring the legal year open, Justice Tsoho disclosed that the judges worked tirelessly to dispense 12,694 out of the 16,144 cases brought before them in the previous legal year, while noting that there are still 116,623 cases pending at the court.

“It is pertinent at this juncture to highlight the status of litigation before this court in the last legal year. From reports received, about 116,623 cases are pending in the Federal High Court. 16,144 cases were filed in this quarter alone in which 12,694 have been disposed of. It is obvious that judges were overburdened with work in the last legal year. We therefore need to engage more judicial officers to help out,” he said.

The acting CJ, while noting that there was no provision for appointment of judges in the current budget, assured the audience that efforts would be made to engage relevant stakeholders, “to see to the possibility of facilitating the recruitment of more judicial officers in the course of the year”.

He also stated that he will continue in the footsteps of his predecessor in improving both human resources and infrastructural development in the court, adding that: More importantly, attention would be paid to efficient and effective administration of justice and the welfare of judicial officers, as well as the support staff of this court.”

He said he would make training of judges and staff of the judiciary his priority in order to enhance their professionalism.

He also promised to work with the legislature and the executive to entrench constitutionalism in the federal judiciary.

Tsoho disclosed that the Federal High Court has amended its civil procedure rules to enhance speedy dispensation of justice.

“The new rules contain certain innovations to meet with the dynamism in law and to bring the court at par with other courts in the developed world. Some of these include affidavit of non multiplicity of actions (Order 3 Rule 9(2)(d); a reinforced interpretation of the Territorial Jurisdiction of the Federal High Court, such that no leave is required for service of process anywhere within the federation (Order 5 Rule 31),” he said.

In his remarks, the representative of BoSAN, Chief Adegboyega Awomolo (SAN), said that the establishment of the specialized divisions would enhance the optimal operation of the Federal High Court.

According to Awomolo, the era of general jurisdiction in one judge has shown that a judge in each day has over 25 cases to deal with, adding that their claims or causes include political matters under Electoral Act, criminal matters under NDLEA, NAPTIP, EFCC, ICPC and sundry crimes.

He said in the same cause list are suits on aviation, fundamental enforcement, bankruptcy and insolvency, terrorism and mines, among others, adding that the judges move from law to the other within hours with rulings and judgment to be delivered thereon.

“My Lord, specialized divisions of the Federal High Court will lead to specialization, increased productivity, reduce the much talked about delay in the administration of justice arising from unnecessary workload,” he said.

The lawyer also called for the protection of judges in the discharge of their judicial duties, disclosing that the public perception of the judiciary in recent times has not been inspiring or favourable.

“The leadership should ensure that judges are protected from undue harassment, intimidation, insecurity and threat to their lives and tenure. Judges should be given every facility to perform freely and to the best of their abilities,” Awomolo urged.

He however admonished the judges to endeavour to live above board and discharge their functions with the fear of God, while avoiding contact with politicians and touts who use their names to extort money from members of the public.

Meanwhile, the Attorney General of the Federation (AGF) and Minister of Justice, Abubakar Malami (SAN), has urged judges of the Federal High Court to maintain sanctity and credibility and to ensure that the sacred integrity reposed on them remain unshaken at all times.

This, Malami noted, would help to foster and promote public confidence in all judgments and rulings that emanate from the court.

He commended the court for working tirelessly in ensuring speedy and efficient dispensation of justice, particularly during the last general election.

“In addition, I want to appreciate this court at the speed at which it handled pre-election matters at the wake of the election; during and after the general election in Nigeria. This court has set the records straight which helped the Independent National Electoral Commission (INEC) to effectively field the right candidates for the election and the efficient conduct of election processes.

“Furthermore, permit me to comment on the collaborations and cooperation that exist between the Federal Ministry of Justice and the Federal High Court which have immensely contributed to the memorable development of our legal system,” he said.

Malami however urged all those in the justice sector to cooperate with the Federal High Court in ensuring that the dignity, integrity and credibility of the court is not put to ridicule.

“We must collectively shun fraudulent practices and to render sound and unbiased advice to our clients based on laid down laws and not on sentiment. We should also not be seen encouraging our clients in a bit to ridicule this court into doing the impossible.

“As ministers in the temple of justice, we must together foster the desired growth for a better society, because this court on its own can only do little as permitted by law,” he said. 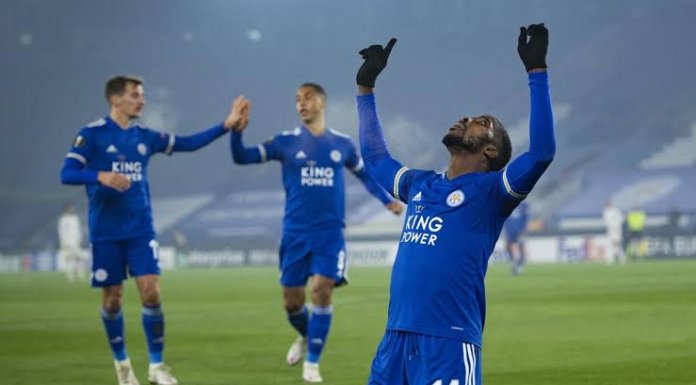