Sunday THE ALTERNATIVE and TRIBUTE stories

With Reno Omokri
On Friday, September 13, 2019, I got an email from the office of Pastor Yemi Osinbajo stating that he would be representing Nigeria at the funeral in Zimbabwe of Robert Mugabe on Saturday, September 14, 2019.

I find this telling. Why? Well, because the General Buhari junta has not thought it either wise or necessary to send a plane to evacuate stranded Nigerians in South Africa in the midst of the crisis of xenophobia.
Yet, Osinbajo would be flying in our Presidential jet for a burial. It does beg the question of whether this regime cares for the dead at the expense of the living.

In any case, it is good Osinbajo is representing Nigeria at Mugabe’s funeral. Why? Because Zimbabwe is next door to South Africa. The Reverend Gentleman would do well to make sure to stop by in neighbouring South Africa to pick up stranded Nigerians in the plane bringing him back. After all, Nigerian taxpayers paid for the plane. But even more importantly, that is what Christ would have done.

After all, during the last elections, when Osinbajo needed Nigerians’ votes, he shared out N10,000 to Nigerians. Now that Nigerians in South Africa need him, he has been nowhere to be found. He now has an opportunity to correct his error. Remember, pastor, it is not only General Buhari who is watching you. God is also watching you!
On this issue, I cannot help but notice that multiple chartered flights, paid for by the Nigerian government, are leaving Nigeria almost on a daily basis to airlift pilgrims to Saudi Arabia. Yet, General Buhari could not divert just one of such planes to South Africa to airlift stranded Nigerians, affected by the xenophobic attacks, back home.

It had to be done by AIr Peace, a private airline owned by an Igbo man. When I said that Buhari is not so concerned about the attacks, because the victims are mostly Igbo 5 percenters and not his favoured 97 percenters, some insulted me. Continue to hate the truth. It is not me you are doing!
Let me prove to my readers that the 97% versus 5% philosophy that General Buhari espoused at the United States Institute for Peace in June 2015 is still very much alive.

General Buhari budgeted BILLIONS for RUGA. His government proposed BILLIONS to IMPORT GRASS from BRAZIL. He increased his ministers from 40 to 43. He increased his media aides from 8 to 10. He budgets N1 billion for travel. He bought himself a new bulletproof Mercedes Maybach costing N150 million. And to pay for all of these, he INCREASES your VAT from 5% to 7.2%! Yet, General Buhari could not pay for a plane to evacuate Nigerians from South Africa! It was a private citizen, Allen Onyema, CEO of Air Peace, who sent a plane.

On February 2, 2010 Nigeria made history as the first nation to evacuate her citizens from Egypt, during the Arab Spring protest that swept Hosni Mubarak from power. Then, there was no 97% versus 5%. Then President Goodluck Jonathan personally ordered NEMA to send planes to Cairo.

On Sunday February 27, 2011 the Jonathan administration also evacuated 1,035 Nigerian citizens back to Nigeria, on two chartered flights. Two days later, just under 1,000 more were evacuated.
General Buhari could learn from that. He could learn that a leader who only cares for those who voted for him is not really a leader. He is rather a distraction. A waste of space and time. I want to believe that General Buhari would not want to reduce himself to that. I hope I am not assuming wrong.

I have been on the Presidential Jet that Pastor Osinbajo would be flying to attend Mugabe’s funeral tomorrow. It can easily seat 60 people. But such is the disdain of General Buhari for 5 percenters that he would rather provide a plane for his deputy to celebrate death than provide one for Nigeria to appreciate life.
At this point, I want to celebrate Apostle Johnson Suleman. I was overjoyed when he promised to pay for the evacuation of Nigerians from his own pocket. What a humanitarian gesture!

As an aside, let me say that it is selfish to accept POVERTY or be content as long as you have enough for your need. What of the poor? God does not want you to be rich so you can enjoy. He wants to bless the poor through YOU!
If the Good Samaritan was poor, he’d have been USELESS. MANY criticise a man of God’s HARVEST. But, I HARDLY see people criticise a man of God’s SOWING. Apostle Suleman has SOWN HOUSES and CARS. Creflo Dollar has given out 100 HOUSES (yes!). But let these men of God PROSPER and people will ATTACK their PROSPERITY!

Reno’s Nuggets
Nowhere in Scripture does God say ‘just have children and I will provide for them’. God did NOT even create Eve for Adam until Adam had a job tending the Garden. Nigeria’s poverty is SELF INDUCED. We are PROCREATING children without CREATING WEALTH. Nigerians are too active in the BEDROOM and less so in the BOARDROOM. Our POPULATION is EXPLODING, while our PRODUCTIVITY is IMPLODING. We have a government that celebrates 1.2% GDP growth, when we have 2.6% POPULATION growth. Are we competing with RABBITS? 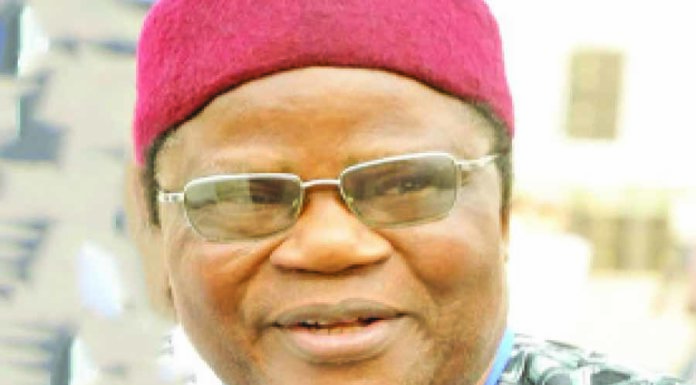