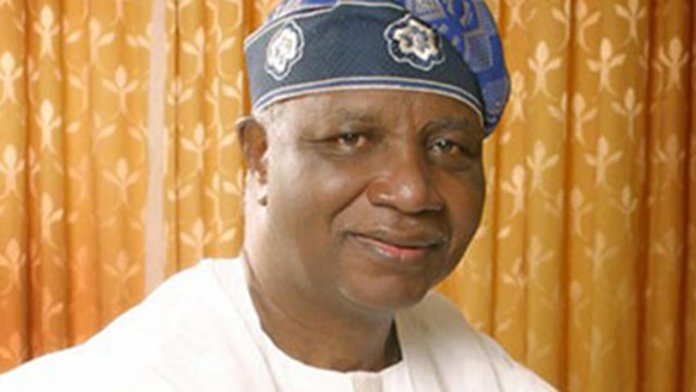 The Congress for the Rights of Ondo Southern Nationalities (CROSN) yesterday urged the Ondo State Government to immortalise a former governor of the state, Dr Olusegun Agagu who died six years ago on September 13, 2013.

The group made the call in a statement by its National Chairman, Mr. Abiodun Fanoro and National Secretary, Tunde Aiyenumelo.

It frowned at the delay by the state government to honour Agagu despite his unparalleled achievement.

CROSN, however, acknowledged the effort of the state governor, Mr. Rotimi Akeredolu to honour Agagu when he announced during his visit to the Okitipupa Local Government early in the year.
During the visit, the statement claimed that Akeredolu promised that the University of Science and Technology, Okitipupa would be named in honour of the late former governor.

It urged Akeredolu and the state House of Assembly “to urgently take all necessary steps, including coming up with a bill and a law that would change the name of the university in favour of Dr Agagu.”

The statement said one other way of immortalising Agagu apart from naming the university after him is by completing all the numerous life-enhancing projects the deceased embarked on when in office.

It noted that most of the projects initiated by the Agagu administration had reached between 60 and 80 percent completion, but were abandoned by his successor, Dr Olusegun Mimiko.

It listed the abandoned multi-million dollars water project planned “to serve Akure and five other local government areas, the Olokola Free Trade project, the Igbokoda Deep Sea Port project, the Okitipupa Cassava Factory project, estimated to employ over 3,000 youths and the various roads and bridges which were near completion.”

The statement claimed that most of these projects were abandoned by the Mimiko administration despite the fact that substantial part of funds for their completion had been set aside by Agagu before leaving office.

It said: “If Governor Akeredolu could magnanimously review and complete some of these projects, there is no way the beneficiaries will not remember and pray for both the initiator and the man that completed them.

“That is even a general and more lasting way to immortalise Agagu and by extension, immortalising Akeredolu,” the statement explained.

The statement, also, urged Okitipupa LGA where Agagu hailed from “to immortalise him by naming one of its major roads after the deceased. The Ikale Council of Obas should confer a posthumous award of Asiwaju of Ikale on the late former governor.”