The Economic and Financial Crimes Commission (EFCC) has met with two Senior Advocates of Nigeria (SAN), Supo Shasore and Tunde Fagbohunlu in connection with the agreement between Nigeria and Process and Industrial Developments (P&ID) Limited, which attracted an enforcement order by a British commercial court of a $9.6 billion arbitral award against Nigeria.

THISDAY gathered that Shasore was the first lawyer that prosecuted the case on behalf of the federal government at the arbitration tribunal in the United Kingdom from 2014 under the President Goodluck Jonathan’s administration to when President Muhammadu Buhari came to power.

Fagbohunlu, on his part, rendered a legal opinion and also recommended former Chief Justice of Nigeria (CJN), Justice Alfa Modibo Belgore, who testified against the federal government in London on the controversial contract.

It was gathered that the commission met with the two lawyers, in continuation of its ongoing probe into the P&ID saga, as ordered by President Muhammadu Buhari, in order to gain further insight into the failed gas project.

THISDAY gathered that EFCC invited Shasore last Thursday and asked him to shed more light on the failed gas project deal.
It was learnt that after the interaction with Shasore, who had since returned to his Lagos home, the EFCC told him it might still need assistance in future.

On his part, sources said Thursday that the interaction with Fagbohunlu was still ongoing.

The anti-graft agency had also on Tuesday invited Justice Belgore to assist its operatives assigned to the probe with information about his role in the judgment debt.

Sources said the former CJN was allowed to go home on Tuesday after he told them that it would be ridiculous to allow the meeting to drag on for too long, saying that at his age, he could not withstand such a long interaction.
Shasore on the other hand, was invited last Thursday as he was preparing to travel to the UK for his daughter’s wedding, which took place last Saturday.

Family sources said the meeting with the EFCC delayed his departure for London.

However, he eventually made the trip and upon his return to the country, he again appeared and was asked to go home pending when he would be invited again.

Confirming his meeting with the EFCC last night, Shasore said he was helping the commission in its investigation.

He stated that at no time was he detained or harassed as he willingly cooperated with the operatives of the commission.

He said he gave the anti-graft agency all the necessary information that would aid it in its investigation, including his files he used to prosecute the case for four years.

The former Lagos State attorney general lamented that it was after he handed off the case after four years that $6.5 billion was awarded against the federal government.

He said those who took over the case after he handed over the matter should tell Nigerians how the humongous amount was awarded against Nigeria.

“Yes, I went in and gave them my files and other documents that would help them in their investigation. I cooperated with them perfectly.

“I don’t have anything to fear. For the four years that I was involved in the case, there was no $6.5 billion award against the federal government. “Those who took over from where we stopped have some explanations for Nigerians on how $6.5 billion was awarded against the country.

“I think they got all the information they need to do their job. I have even told them that anytime they need me, they should tell me and I will go,” he added.

Under the Gas Supply and Purchasing Agreement (GSPA) P&ID entered into with the Ministry of Petroleum Resources, on behalf of the federal government in 2010, Nigeria was to supply wet gas to P&ID plant, to be built in Cross River State, which would be processed and used to generate about 2,000 MW of electricity for Nigeria.

But the inability of the federal government to supply the wet gas prompted P&ID to seek arbitration for what it termed the loss of revenue the company could have earned from the project over a 20-year period.

Last week, the commission had intensified its probe into how the contract came into being in the first instance following a report published by Bloomberg Businessweek, which detailed a pattern of alleged fraud by the company’s promoter, Mr. Michael Quinn.

THISDAY had learnt that the anti-graft agency was expanding its focus of investigation following concern the report had generated among top government officials as it detailed a pattern, similar to the controversial GSPA, P&ID entered into with the Ministry of Petroleum Resources, which led to the $9.6 billion arbitral award, now largely suspected to have been procured under fraudulent circumstances through which the late Quinn had previously tried to wangle hefty sums of money from the Nigerian treasury.

The Bloomberg report showed that the late Quinn, who began living in Nigeria in the 2000s, warmed his ways into the hearts of top government officials and political bigwigs, and had a reputation of short-changing Nigeria in the contracts awarded to him by his friends and contacts in government.

It was learnt the EFCC was now trying to determine if there were pattern of fraud being perpetrated by P&ID using phoney contracts and arbitration. 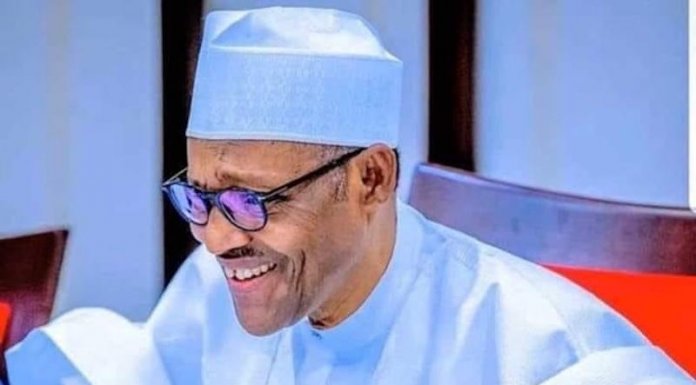