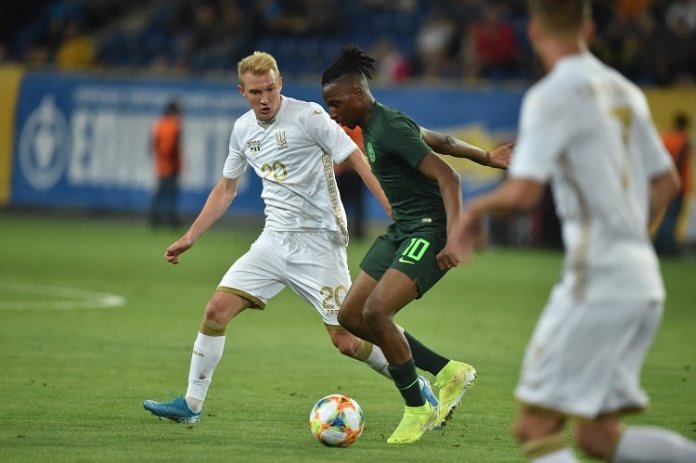 *Awoniyi, Ndifreke, Sunusi, others score as Sudan crash 5-0 in Asaba

Nigeria’s Olympic Eagles defeated Sudan 5-0 yesterday to qualify to defend their Africa Under-23 Nations Cup title in Egypt next November.

A brace by Ndifreke Effiong and one each by Taiwo Awoniyi, Sunday Faleye and Sunusi Ibrahim in the final qualifier played at the Stephen Keshi Stadium, Asaba ensured a 5-1 aggregate win for the 1996 Olympic champions.

Nigeria is the fourth team after hosts Egypt, Zambia and South Africa to earn berths in the final scheduled for between November 8th and 22nd.

Taiwo Awoniyi who wasted several opportunities in the first leg Nigeria suffered 1-0 defeat in Omdurman last Thursday headed Olympic Eagles into the lead after Sudanese goalkeeper Mohamed Adam could only punch a fierce shot by skipper Azubuike Okechukwu in the 10th minute.

Three minutes later, Kelechi Nwakali’s cross from the flank to Awoniyi that would have made it two went over the bar.

Anthony Izuchukwu, who won plaudits for the composure that himself and Olisah Ndah forged in Nigeria’s central defence, headed a corner kick by Muyiwa Olabiran over the bar after 20 minutes.

In the 26th minute, Nigeria got the second goal when Ndifreke Effiong met defender John Lazarus’ pull-out with a bullet header, goalkeeper Adam unable to do anything to stop it.

In one of the rare moments that goalkeeper Adamu Abubakar was called for duty, he smoothly cuddled a header by Eid Mugadam Abakar on the half –hour.

Three minutes later, it could have been three for Nigeria as NPFL top scorer, Sunusi Ibrahim, went on a jaw-dropping solo run which ended with a fierce drive, only for Adam to punch that ball away for a corner.

Two minutes before recess, Effiong got his second and Nigeria’s third, lashing in to the far corner after a sweet team move.

In the second half, the defending champions fully imposed their authority on the game, with delightful touches, good positioning, brilliant runs, purposeful passes and meaningful finishing.

Nwakali, who missed the first leg encounter, sprayed passes effortlessly and got past his opponents without breaking sweat, and contributed immensely to Tuesday’s win.

In the 56th minute, his corner kick almost went in for the fourth goal off Olabiran, who then wasted a glorious chance to increase the tally on the hour mark by blasting over the woodwork.

In the 66th minute, a well-weighted chip by Effiong was headed into the net by substitute Sunday Faleye, three minutes after he replaced Olabiran. Three minutes later, Faleye turned provider, crossing for Sunusi Ibrahim to score a well-deserved goal.

Speaking after the game, a delighted President of the Nigeria Football Federation, Mr. Amaju Melvin Pinnick showered praises on President Muhammadu Buhari for the present administration’s continued support and encouragement of the NFF and the national teams, while giving kudos to the nation’s number one citizen’s personal keen interest in the teams.

He also lauded the contributions of Governor Ifeanyi Okowa of Delta State as well as his administration, for hosting matches of various national teams with the Stephen Keshi Stadium proving a happy hunting ground for all the teams. He applauded also the support and encouragement of the Minister of Youth and Sports, Mr. Sunday Akin Dare. 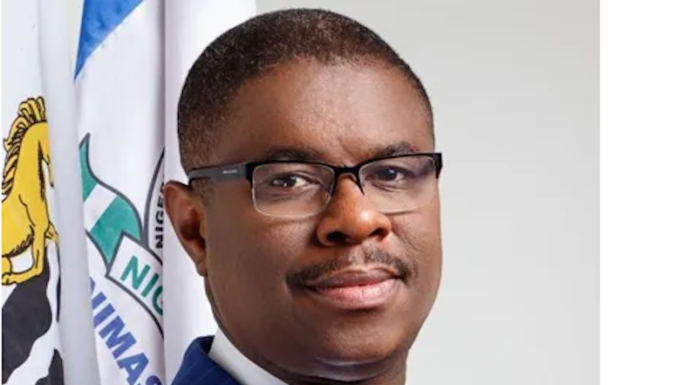