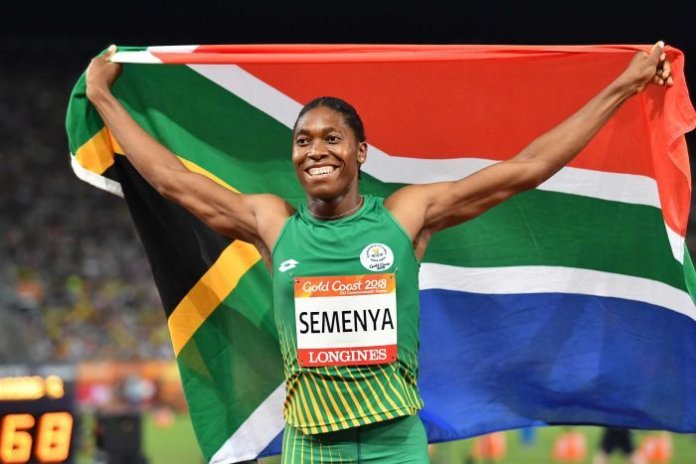 The 28-year-old is unable to compete without taking testosterone-reducing drugs following a rule change by the IAAF, athletics’ governing body.

It means she cannot defend her 800m World Championship title in Doha this month – though she is fighting the rule change through the courts.

The three-time world champion, who announced in July that she would not be defending her 800m world title, cannot start playing for JVW until the 2020 season, having joined outside the South African transfer window.

“I am looking forward to this new journey, I appreciate the love and support I already get from the team,” Semenya told the club website.

The club is one of the top sides in the league for Gauteng province – the main women’s football league in South Africa is split into nine provincial competitions.

Club founder Van Wyk told the BBC that Semenya has “not given up running at all.” She said: “She’s on a break at the moment which is why she has time on her hands to do something different. “She’s had two training sessions with the team and you could see her football is there, but we still need obviously to work on her a little bit because it’s very different to track and field. “She’s made it really clear to me that she’s not giving up running at all.

“It’s amazing for the football club. The recognition women’s football in South Africa will get is massive. “To have her play in the league over here is incredible and I think young girls and her team-mates will draw a lot of inspiration from Caster.”

Semenya is not the first athlete to switch to football – after retiring in 2017, Usain Bolt trained with Norwegian club Stromsgodset and Australian side Central Coast Mariners, but did not secure a contract.

is also following in the footsteps of her former coach Maria Mutola, who also turned to football after athletics.

The IAAF introduced its rule change because it argues female athletes with differences of sexual development (DSD) – such as Semenya – have “a competitive advantage”.

Athletes must either take testosterone-reducing medication in order to compete in track events from 400m to the mile or change to another distance.