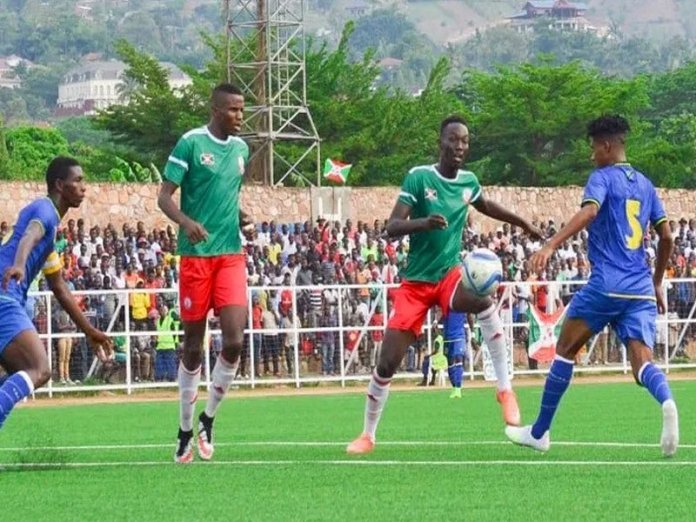 Catastrophic defending in the final five minutes of the game saw Burundi undo a great deal of hard work as they were held to a 1-1 draw by Tanzania in the first leg of the Qatar 2022 FIFA World Cup qualifier preliminary round in Bujumbura on Wednesday evening.

The home side had gone ahead in the 81st minute courtesy of a belter of a strike from Cedric Amissi, but some nerves at the back handed Tanzania a way back into the tie.

Fredric Nsabiyumva rose to head back a long ball to his keeper Jonathan Nahimana who was off his line and Msuva pounced on the lack of communication, stretching a foot to direct the ball into the net with skipper Mbwana Samatta following up to ensure it crossed the line.

The away goal will be a sticky detail for Burundi as they head into the return tie in Dar es Salaam in four days time. They will need an outright win or a high scoring draw to go through to the group stages of the qualifiers.

Tanzania had the best chance of the opening half in the 18th minute when Simon Msuva’s predatory instincts saw him sneak behind to intercept a back pass but he failed to beat keeper Nahimana one on one.

Burundi had a chance in the 35th minute when Bonfilscaleb Bimenyimana beautifully cut in from the left, but his effort at curling the ball to the bottom left corner was awry the ball going out. He was substituted minutes later with coach Olivier Niyungeko bringing in Abdul Razak Fiston in a bid to re-energize the attack.