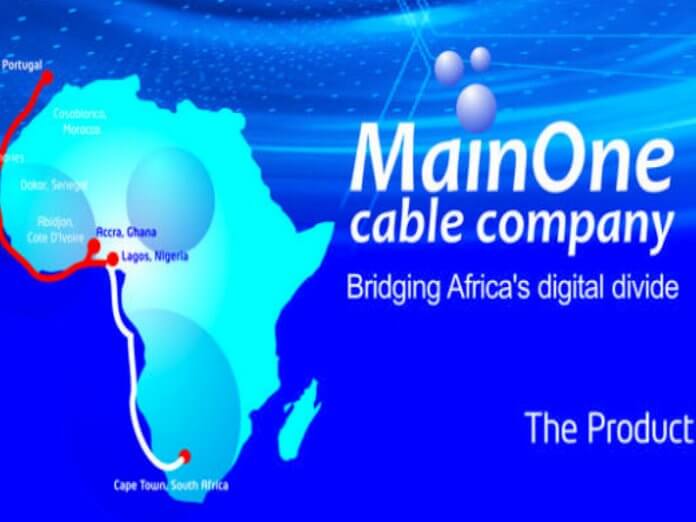 Making good on the strategic partnership with Orange Telecoms and its West African Affiliates, Sonatel and Orange Cote d’Ivoire, which was signed in September 2018, MainOne has confirmed the scheduled landing of the MainOne submarine cable systems in Senegal and Cote d’Ivoire in September and October 2019 respectively.

With the cable landing stations (CLS) in both countries fully built and ready for installation of equipment in both Dakar and Abidjan, the company is poised to undertake the physical connection of the branching units on its 7000-kilometer-long omnibus fiber pair to the shore and terminal equipment.

The MainOne submarine cable is being installed by the Orange Marine specialized vessel, Pierre de Fermat vessel, which has arrived in Dakar, having picked up the fiber and ancillary equipment, including repeaters from Brest, France earlier in the month. It will proceed to Abidjan to conclude the laying and final splice in the month of October, with ready for service and commercial launch of the system scheduled for November 2019.

Consistent with its strong preference for deploying top of the range technology to deliver best-in-class services in the West Africa region, MainOne, as part of the landing project, shall deploy on the cable WSS ROADM Spectrum Sharing technology, the first of its kind to be deployed for commercial purpose in the world. This new technology will optimise the utilisation of the MainOne subsea cable, by enabling multiple operators share optical spectrum on the omnibus fibre optic pair to obtain closer to 10 terabits per second of capacity. This will be most beneficial for countries directly connected to the MainOne subsea network, and the region in general, by delivering higher volume of connectivity to achieve lower connectivity pricing that will spur the development of new digital services and promote sustainable socio-economic growth across the region.
Speaking on the development, the Chief Executive Officer of MainOne, Funke Opeke, restated the company’s mission to deliver world class communication and connectivity services, as the bedrock for the partnership with Orange that broadens the connectivity range in the region.

Opeke said: “MainOne is committed to leading the digital transformation across West Africa, driving economic growth and development by enabling and empowering the ecosystem through affordable and ubiquitous connectivity. We are determined ultimately to improve the digital services of the region and today marks the realisation of that journey for Senegal with the landing of the Submarine cable which will drive substantial impact on both GDP and employment.”

The CEO of Orange Middle East and Africa, Alioune Ndiaye, explained that “Africa is experiencing a rapid technological evolution with mobile broadband connectivity enabling a tech ecosystem. Orange, as part of its multi-service strategy, is an important partner in the continent’s digital transformation as demonstrated by our continuous investment. Through the partnership with MainOne, we expect to see improved high speed and affordable broadband services in Senegal and Côte d’Ivoire that will reinforce connectivity and guarantee reliable access to global broadband networks.”

MainOne’s submarine cable in 2010, became the first private subsea cable to deliver open-access, broadband capacity to West Africa, heralding the advent of high speed fibre-optic broadband in the region. The MainOne system traverses the coast of West Africa with fully operational landing stations from Seixal in Portugal through Accra in Ghana to Lagos in Nigeria, and additional branching units in Morocco, with plans to connect Canary Islands

Bullish Tony Elumelu – Africa is in Your Hands