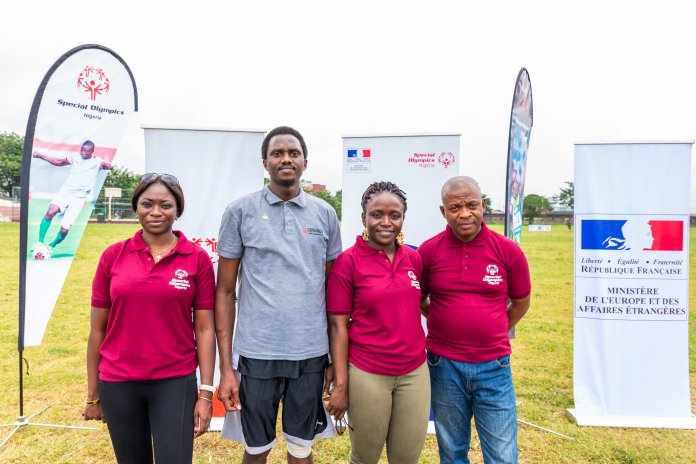 Special Olympics Nigeria in collaboration with the Embassy of France in Nigeria through its Innovative Projects of Civil Societies and Coalitions of Actors (PISCCA) funds at the weekend launched an initiative tagged the ‘Sports for Hope’.

Its goal is to reach a total of 360 individual with disabilities as well as 140 individuals without disabilities in communities such as Agege, Ajegunle, Bariga, Ikorodu, Isale Eko, Isolo, Mushin and Surulere in Lagos State.

Teams from Surulere and Bariga engaged in the game of football and volleyball with the Bariga team emerging winners.

There was also a dance competition and a motivational speech.

In an interview with the Special Olympics Initiatives Manager, Ibiyemi Ayeni, the ‘Sports for Hope’ initiative will hold weekly meetings in each community where beneficiaries will establish a healthy lifestyle through sports training and competitions such as football and volleyball.

She also said the initiative will engage participants in educational and motivational sessions covering topics in Mental Health, Nutrition, as well as Entrepreneurship designed to equip and inspire them to make better life choices.

“The programme will also drive inclusion in these communities as participants with and without intellectual disabilities will have the opportunity to interact and build friendships through sports training and information sessions,” she added.

According to the programme of the initiative, a grand finale that will feature both football and volleyball tournaments have been scheduled to take place in November this year.

Special Olympics Nigeria is part of a worldwide movement aimed at changing the misconceptions individuals have about people with intellectual disabilities (PWID) through various sports training and athletic competitions in a variety of Olympic – type sports for children and adults.