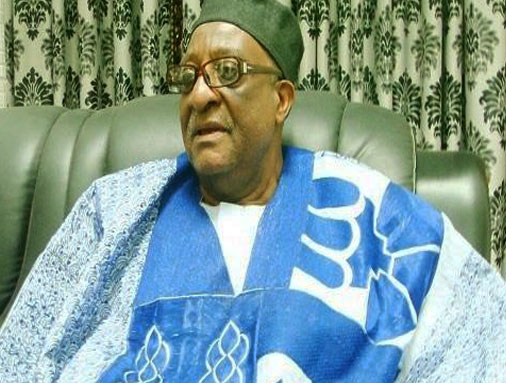 The Chairman of the Peoples Democratic Party (PDP) Board of Trustees (BoT), Senator Wali Jubrin, has called for a peaceful dialogue over the controversy surrounding the alleged demolition of a Mosque in Port Harcourt by the Rivers State Governor, Nyesom Wike, stating that the continued grandstanding by all concerned will do no good to the issue.

The PDP BoT chairman, who is the Sarikin Musulimi and head of Fulani in Nasarawa State, spoke to THISDAY against the threat of the Kano State Governor, Abdullahi Ganduje, and the former state Governor, Ahmed Shekarau, to drag Wike to court over the demolition of the Mosque in Port Harcourt.

The PDP leader said: “Whatever the Rivers State governor has done or not done over the alleged demolition of the Mosque, the reactions of Ganduje and Shekarau is too harsh to contemplate going to court and not going to court.

“We as Muslims need not tow the path which Ganduje and Shekarau have taken. We need to follow the part of peace and dialogue to resolve this misunderstanding, knowing that in Nigeria, such road could lead to what we did not bargain for, as it could degenerate to the extent of brewing and engineering crisis between Muslims and Christians in the North and South.

“All efforts should be channelled towards a peaceful resolution of this issue through dialogue. I, as a fellow Muslims, urged my colleagues to adopt dialogue towards resolving this. There is already enough tension in the country. The reason, and whatever that has happened is capable of hurting the already endangered peace in the country.”

He gave the instance of an unbeliever in the days of Prophet Mohammed who passed urine in a Mosque and was about to be lynched to death but the prophet intervened and sued for peace.

The PDP BoT chairman promised to visit Wike and get first-hand information on what actually happened, explaining that with proper understanding, the Rivers State government may allocate another land for the Muslim community in Port Harcourt to build a better mosque where the governor might even contribute financially in building it.

In view of this, Jubrin urged all Nigerians to emulate the peaceful coexistence in Sokoto State, the seat of the Caliphate where Muslims and Christians coexist without crisis.

Therefore, he said: “All we need now in Nigeria is religious harmony with peaceful coexistence of all religious groups. Nigeria should not be a war zone, and be in the news for all the wrong reasons.”