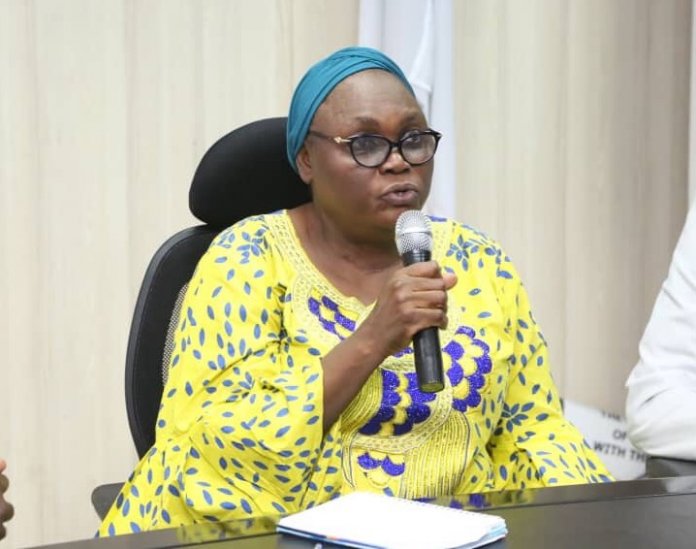 It is common knowledge that the Niger Delta Development Commission (NDDC), was established by the Olusegun Obasanjo administration in December 2000 to facilitate the rapid development of the Niger Delta region that produces over 90 per cent of the country’s oil wealth. How well successive boards of the commission have fared in delivering on this mandate is open to debate.

However, recent developments have once again raised expectations from stakeholders in the Niger Delta project with the re-constitution of the board of the commission by the Federal Government. While members of the fifth Governing Board await Senate confirmation, a woman with an impeccable track record, Dr Akwagaga Lelegima Enyia, has been appointed as Acting Managing Director to take charge in the interim.

The new helmsman comes with a rich pedigree in public administration and is brimming with ideas which would likely crystalise into operational models for the transformation of the Niger Delta.

Akwagaga, 57, a specialist in marine biology, with many years of impactful public service career, is well grounded and fortified with solid academic credentials. She graduated with a Bachelor of Science in Zoology from the University of Port Harcourt in 1983 and has Master of Philosophy and Doctor of Philosophy, PhD, (1998) in Marine Biology from the Rivers State University.

The journey to the ivory tower began for Akwagaga at the Sudan Interior Mission Primary School, Kano, from where she crossed over to Ebenezer Primary School, Akure between 1969 and 1974.

For her secondary school education, she was at Fiwasaye Girls Grammar School, Akure and Federal Government College, Jos from 1974 to 1979.

On arrival at NDDC, she left no one in doubt that she had come to turn things around for good. She told the commission’s management and staff at her first interaction with them that they must turn a new leaf.

“I have a mandate to oversee the smooth running of the NDDC until the substantive board is cleared to assume office. I believe that if we work together, we will achieve the objectives for which the NDDC was set up.”

One can feel the verve and sense of urgency echoing from those words from the new captain of the NDDC ship. Again, one can tell from her resolve that the interventionist agency was already on a new path to fast-tracking the development of the Niger Delta region.

The eagerness to up the tempo is understandable, given that Akwagaga took over the leadership of the NDDC from Prof Nelson Brambaifa, who also led an interim management that was dissolved on August 27, 2019.

Against the background of negative image hanging over the NDDC, Akwagaga promised to sanitise the commission and restore it to its former glory, stating that if everyone discharged their duties diligently, the perception of poor performance would be corrected.

She is not new to managing the complexities of an agency that covers nine states in the Niger Delta region, as she served as director in different directorates of the NDDC. The legacy, footprints and landmarks she left behind speak for her.

It was not surprising, therefore, to see management and staff of NDDC exuding with joy and excitement when they gathered at the ground floor of the headquarters building to here from Akwagaga. Everyone was eager to hear from her but not before they all joined in praise and worship songs.

Indeed, the excitement was palpable, as management and staff struggle to get a handshake or a hug from their new boss. It was a celebration of a woman of substance, someone known for transparency, hard work and integrity.

As the staff rejoiced, it was obvious that their hopes had been rekindled and their expectations raised, knowing that she had what it takes to make things happen both for staff and other stakeholders in the region.

The NDDC Director Human Resources, Alabo Godwin Jaja, captured the feelings of members of the NDDC family. He said: “You can see the enthusiasm on all our faces. We are all happy, because you are one of us. We listened attentively to your mandate of positive change.

As a public officer, Akwagaga has served in diverse areas garnering varied experiences which had prepared her for the current assignment. She started as a Science Tutor with the Rivers State Schools Board in 1986 and moved on to the Rivers State Agricultural Development Programme, ADP, as a Senior Aqua culturist and Zonal Research Officer between 1988 and 1993.

With the coming of the Oil Mineral Producing Areas Development Commission, OMPADEC, it was time to move on for Akwagaga. She joined the Commission as an Assistant Director, Fisheries in 1993.

She became a substantive Director in April 2010 and was in charge of the Agriculture and Fisheries Directorate. She subsequently served as director in Information and Technology, IT, department, as well as in the Rivers State office of the Commission. Before her new assignment, she was the director for the Edo State office.

Beyond these valuable on-the-job experiences, she had participated in several national and international conferences and workshops, especially in the area of agriculture and management.

Akwagaga, who was born on February 2, 1962 in Port Harcourt to parents from Tombia Ekpetiama town in Bayelsa State is from Rivers State by marriage, a union that is blessed with children.