The immediate past Senator representing Rivers South-East Senatorial District in the National Assembly, Magnus Ngei Abe, has called on Nigerians to learn how to accept responsibility for the country’s problems, so as to change it to a better society.

According to a statememt signed by Parry Saroh Beson, spokesman of the former Senator, Abe said Nigerians must stop playing the victim’s card as such ideology would not help the country out of its predicament.

Abe spoke at the presentation of ‘Destined To Rule’, a book authored by the Amanyanabo of Kula Kingdom, King Kroma Eleki, at the Banquet Hall, Hotel Presidential in Port Harcourt, the Rivers State capital recently.

The Senator described as a disservice to the nation, when Nigerians create problems, compromise the laws of the land and then turn around to blame other people for our inability to be firm and enforce our own laws.

He said: “l believe if we want a better country, a better society, it is time for us to stop playing the victim’s card and take responsibility for our situation.

“That something is wrong with you because of what somebody else has done, is not correct. To say that and we continue to blame the oil companies for the poverty in the Niger Delta is wrong.

The oil companies in the Niger Delta operate under Nigerian laws. The laws are regulated and enforced by Nigerians. It is the rules we give to the oil companies that they operate by.

This is our land and we determine what goes on here. We cannot collect money from the oil companies and continue to act as if we are victims of any kind of bad management or bad corporate policies of the oil companies.

It is the country we created that we are living in. If we want the oil companies to operate under different rules, it’s still our responsibility.”

Abe condemned a situation whereby the law is compromised and sold to the highest bidder to the extent that foreigners disobey our rules because they know that we do not respect or enforce our own laws and called for a change of attitude.

The Senator commended King Eleki on the presentation of the book, saying that it is a contribution that will outlast the monarch.

He compared the birth of a book to the birth of a child but the difference between the two is that while the child will grow old and die someday, the book will remain over time as long as it is preserved for people who are prepared to read.

Abe said: “This is a great contribution that will outlast you. A contribution to the stool that you represent which will continue to speak for the foundation that brought you.”

editor - January 28, 2021 12:08 am
14
By Olusegun Adeniyi The session started with a powerful prayer offered by President Olusegun Obasanjo on the benevolence of God for sparing our lives. This... 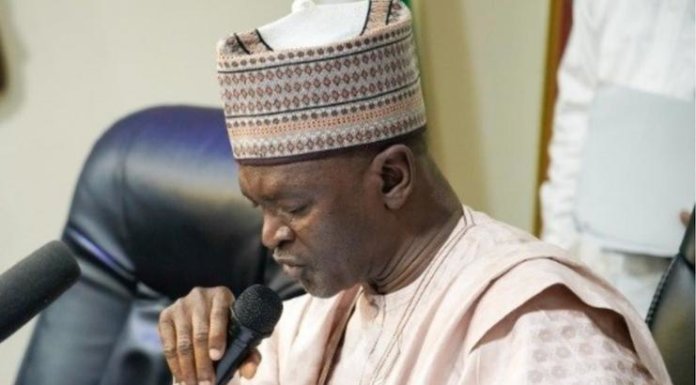