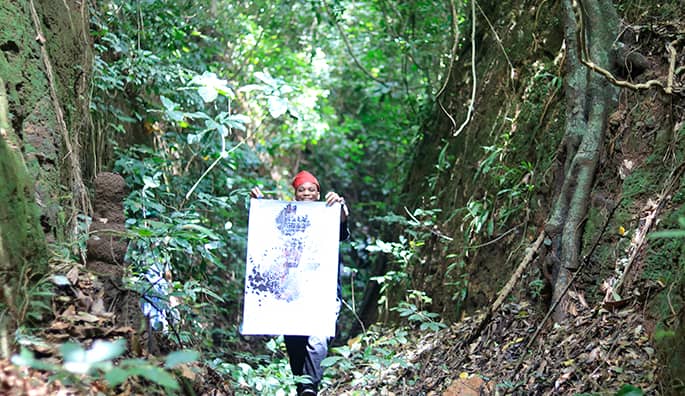 Sungbo’s Eredo is a massive monument inside the Ijebu Kingdom, which you probably have never heard of or may know little about. This could be due to conflicting historical accounts, or lack of tourism funding and academic research in the region. Signs and symbols rule the world, and at some point in Yoruba history, in the town of Eredo around Ijebu Ode’s monument, Sungbo’s Eredo, boasted of one of the largest ramparts as it still is in West Africa, a symbol of collective power and pride of an earlier civilization among the people in Ogun State, South Western Nigeria.

A Nigerian-American, Adeolu Abayomi Olufeko, based in Lagos, is solving a unique problem for investors and responsive public sector leaders, interested in job creation, by allowing his explorative exploits in rural areas and anthropological research converged with technology, be used as effective case studies through businesses, technology hubs and academic symposium partnerships. Olufeko, whose bloodline is from Ijebu, is an ecosystem advisor and a well-rounded
technologist that is way ahead of his time and his peers in understanding the concepts of digital properties, counter-culture and, recently, post-digital
commerce.

In 2017, he took a team of freelancers deep into Ijebu land, home place of his parents, to observe and document the potential world heritage site, for education partnerships and for the intellectual elite among Nigerians in the diaspora, towards a stronger foundation for future generations. Soft-spoken yet fearless and no stranger to large monuments, he once meditated inside a pyramid close to Giza in Cairo, Egypt.

Ade Olufeko’s work can be described as the development of the creative sector in West Africa. Today, he oversees The Avenue Creative Limited, based in Victoria Island. The company creates solutions through design, content creation and technology to address and fix socio-economic issues starting with the real estate, tourism and hospitality industries. In April 2019, he delivered keynote speech on innovation and development at the Ivy League; Yale University, ahead of American recording artist JIDENNA who gave a powerful closing keynote to the auditorium-packed Macmillan Center.

Olufeko a member of the Lagos Chamber of Commerce and Industry recently served and was recognised as a judge at the PAADC 3.0 design and engineering competition at the University of Lagos.