As the world converges on India, this week, for the 14th session of the Conference of Parties (COP14) to the United Nations Convention to Combat Desertification, the Centre for Science and Environment (CSE) has released new results from its on-going analysis of air quality trends in Delhi to highlight Delhi’s struggle with air pollution and what it takes to tame and control pollution.

A statement by CSE said, “After the initiation of comprehensive clean air action plan and graded response action plan, there are early signs of stabilisation and bend in pollution curve, increased number of days in cleaner air quality index categories, and change in the pattern of smog episodes.”

The statement said analysis of annual air quality data submitted by the Central Pollution Control Board (CPCB) to the Parliament shows that the three-year average of PM2.5 levels during 2016-2018 is 25 per cent lower than the 2011-2014 baseline (three-year average). However, CSE cautions that even after this reduction and stabilisation, Delhi faces the daunting challenge of 65 per cent reduction from the current baseline to meet the clean air standards for PM2.5.

This stabilisiation has been possible because of multi-sector intervention to clean up the vehicle fleet and fuels, tightening of industrial pollution control and phase out of dirty industrial fuels of petcoke, furnace oil and coal, shutting down of down all coal power plants in the city, action on brick kilns and hotspot areas, and dust control in construction sites with some efforts to control pollution from waste. Anumita Roychowdhury, executive director-research and advocacy, CSE said: “While this level of action has helped in stabilizing the problem, much harder decisions and aggressive action at a scale is needed to achieve 65 per cent cut in PM2.5 to meet the clean air targets.”

Delhi is the microcosm of change that has thrown up important evidence and lessons for other cities. This city and the rest of the country requires massive mobility transition, clean energy and technology transition, and waste reduction transition at a regional level to help meet clean air targets. Delhi and other cities need to be prepared for third generation action for clean air in terms of implementation, enforcement, compliance, and institutional capacity to implement design rich solutions across all key sectors of pollution. This was discussed by a select group of officials, experts and civil society actors at the Round Table discussion on the next steps for the National Clean Air Programme (NCAP), organized by CSE recently.

CSE has carried out a detailed analysis of particulate pollution trends in Delhi to understand how on-going action is impacting the trend, concentration of pollution and pattern of smog episodes.

Source of air quality data: Air quality data used for this analysis has been obtained from the CPCB’s online portal “Central Control Room for Air Quality Management – All India” for the period 2011-2019 (August). Data has been downloaded in batches spread across April-August 2019. Data is from 1 January 2010 to 26 August 2019 from all the 38 real-time monitoring stations in Delhi. Number of stations working each year is different as substantial numbers were added over a period of time. It may be noted available data from all stations for each year has been used for the analysis considering that the available data is a proxy for the entire city. Even if this creates some bias, it is indicative of the overall trend.

It may also be noted that the there are more data gaps for the older stations operating during 2010 -2014. There are major gaps in data from for the year 2014- 2015. Overall, 8 stations have data entries in 2010, and 3 stations for 2014 and 2015. This improve subsequently with 37 out 38 stations reporting AQI data in 2019 fairly well. This analysis includes annual trend, daily trend, hourly trend as well as 15 minutes trend. Delhi’s mean AQI has been calculated as mean of all the station working and reporting data for that time stamp. This also includes data submitted by the CPCB to the Parliament.

Pollution peaks getting lower: During the early years of this decade when action had slowed down in the city, PM2.5 concentration used to shoot upto 13-14 times the 24-hr standard. During the later years of 2016 to 2108 levels are still going high due to high levels and meteorological conditions, PM2.5 levels have peaked 7-10 times the standard.

Pattern of smog episode changing – from short and frequent to fewer with longer duration: Number and frequency of smog episodes is changing over time. Smog episode is defined as three consecutive days with severe levels of pollution. During the earlier years the smog episodes were numerous and frequent and of shorter duration. In the later years, there are fewer episodes but are mega episodes of longer duration. For instance, during 2016-17 winter, out of total of 23 days with severe pollution levels, 16 days were consecutive and continuous – forming a mega smog episode. This started on October 27, 2016 with air quality deteriorating to severe plus situation on October 30, 2016 (Diwali day) and continued till November 11. During the winter of 2017 and 2018, duration of one smog episode has lasted 6-9 consecutive days. There were roughly 2-3 relatively long smog episodes.

Onset and dissipation of winter pollution is more delayed: During the earlier years of 2011-2015, the days with very poor AQI used to begin during the first week of October. This is changing. During 2016, 2017 and 2018 days with very poor AQI started to build up around October 15-18. Similarly, during the earlier years of 2011-15, the very poor AQI would continue till the end of February or even beginning of March. But during the subsequent years of 2016 to 2018-19, very poor category days started to taper off by first week of February. Overall, it can be seen that the winter pollution spread has somewhat reduced – if considered from both end then by almost by a month.

From widely erratic and high trends in spikes to more stable spikes: More granular analysis of 15 minutes trend between 2010 to 2018-19 show that during the earlier years the minute 15 minute trend was widely erratic with very high and random spikes. But that reduced in subsequent years. Analysis of the 15-minutely data shows that the pollution level were high and erratic (wildly fluctuating within a day) during 2010-15. They have become less fluctuating and consistent in their trend patterns. It is also noted that pollution peaks are tapering off relatively faster now compared to earlier years. Similarly, during monsoon season there are lesser instances of pollution spikes during 2016-19 than earlier years.

Need more broad based and stronger action at the regional level with stringent compliance to prevent winter pollution from worsening: Delhi cannot afford to lose momentum and undo the gains made so far. Comprehensive action plan will have to be implemented for systemic changes and sustained gain across the region.

Other cities need to take the cue from Delhi’s experience:

As 122 cities are preparing and implementing clean air action plans under the National Clean Air Programme (NCAP), it is important to understand from Delhi’s experience what it takes to stabilise and bend the pollution curve. Delhi and the National Capital Region have been the first to begin implementation of comprehensive action plan and emergency action plan to mitigate air pollution. The second phase has gathered momentum after 2015 after an initial lull.

This has triggered wide ranging action in different sectors. In the transportation sector CNG programme has been scaled up, emissions standards have improved to BSIV level and is poised to move to BSVI in 2020, and 10 ppm sulphur fuels have already been introduced in Delhi and NCR. To curb diesel emissions entry of 10 year old truck is banned and each truck has to pay an environment compensation charge. Big diesel cars and SUVs have to environment pollution charge and more than 10 year old diesel cars are banned.

In industry and power plant sectors, all coal-based power plants are shut in Delhi. Dirty fuels including pet coke, furnace oil, and coal have been banned in all sectors in Delhi. The ban on use of furnace oil and pet coke has been extended to surrounding states of Uttar Pradesh, Haryana and Rajasthan. This has further triggered notification of SOx and NOx standars for 34 groups of industry in the country and ban on import of pet coke. About 400 brick kilns in the region have moved to improved zigzag technology to reduce emissions. Several industrial units in Delhi have moved to natural gas.

Says Roychowdhury: “Nature of this action is not small. But this has helped to only stabilise the problem and bend the curve slightly. This only indicates how much more will have to be done at a scale and with effectiveness across the region to make a difference.”

The areas that have proven to be most difficult and complex to move action are mobility and transport, clean energy and technology transition in key sectors, waste burning and dust control. Solutions are known and scripted in the comprehensive action plan. But how will this happen. Move towards clean air can slow down if solutions do not work in reality and they are not implemented at a scale that can make a difference. The next mantra is about enforcement and compliance. 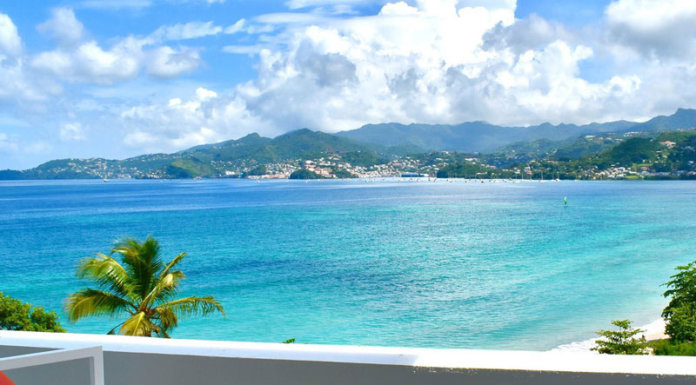 No Plan to Increase Fuel Price in February, NNPC Clarifies